Scott Clinton Reeves, better known as Scott Eastwood, is an American actor and model. He is the son of famous actor-director Clint Eastwood, whom he closely resembles. For the first few years of his film career, he went by his mother’s last name in order to avoid nepotism. In fact, his father’s name was not mentioned on his birth certificate. He finished his degree in communications and did a few part time jobs before launching himself into his acting career. He made his film debut with a role in ‘Flags of Our Fathers,’ directed by Clint Eastwood. In 2010, he got a break when he landed the lead role in the film ‘Enter Nowhere.’ In recognition of his work, he was awarded the ‘National Board of Review Award’ for ‘Best Cast’ for ‘Fury’ and ‘Teen Choice Award’ for ‘Choice Movie Actor: Drama’ for ‘The Longest Ride.’ He met with a car accident which resulted in the death of his ex-girlfriend Jewel Brangman. The incident was a setback to his personal life. Though he prefers to keep his personal affairs under wraps, he was rumored to be dating Halston Sage. 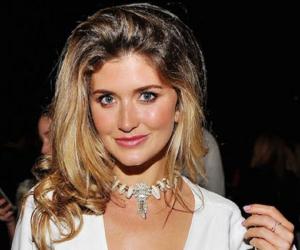 Jacelyn Reeves
Actors #228
Film & Theater Personalities #550
Continue Reading Below
21st March In History
DID WE MISS SOMEONE?
CLICK HERE AND TELL US
WE'LL MAKE SURE
THEY'RE HERE A.S.A.P
Quick Facts

Scott was born on March 21, 1986, in Carmel, Monterey County, California, USA, to actor and director Clint Eastwood and flight attendant Jacelyn Ann Reeves. He is the fifth child of his father’s eight children. Initially, he went by his mother’s name as his father’s name was omitted from his birth certificate.

He has a sister named Kathryn who was born two years after him. He also has five paternal half siblings: Kimber Tunis, Kyle Eastwood, Alison Eastwood, Francesca Fisher Eastwood, and Morgan Eastwood.
He was brought up in Hawaii and graduated from high school in 2003. He went on to join ‘Loyola Marymount University’ in Los Angeles and completed a degree in communications in 2008. He grew up seeing his father on movie sets and learnt all about the show business from his father.
His close resemblance with his father has often been hyped by the media. This was highlighted when he dressed up as the character portrayed by Clint Eastwood in the famous western movie ‘The Good, The Bad and The Ugly’ for a Halloween charity event in 2016.

Scott Eastwood took up odd jobs as bartender, construction worker, and car park valet before his acting career gained momentum. He even seriously considered becoming a fire-fighter before establishing himself as an actor.

His mother has had a great influence on him and taught him to be humble and honest. She has been his inspiration and closest confidant.
Continue Reading Below
You May Like

Scott Eastwood started his career in films with his mother’s last name in order to avoid nepotism. He was rejected for a role in ‘American Sniper’ which was directed by his father.

He made his film debut in ‘Flags of Our Fathers’ (2006), directed by Clint Eastwood. In 2008, he had a minor role in ‘Gran Torino’ where he appeared alongside his father. The same year, he also played the role of ‘Joel Stransky,’ a union rugby player, in the sports drama film ‘Invictus.’

He landed the lead role in the film ‘Enter Nowhere’ in 2010. He then went on to play a supporting role as ‘Deputy Hartman’ in the horror film ‘Texas Chainsaw 3D.’ He also acted in David Ayer’s 2014 film ‘Fury’ where he appeared as ‘Sergeant Miles’ alongside Brad Pitt.

In 2015, he appeared in the music video for Taylor Swift's ‘Wildest Dreams’ and starred alongside Britt Robertson in the romantic drama film adaptation of the novel ‘The Longest Ride’ by Nicholas Sparks. In ‘The Longest Ride,’ he played the lead role of ‘Luke Collins.’

Eastwood played ‘Lieutenant GQ Edwards’ in the film ‘Suicide Squad’ which was an adaptation of a DC Comics series. The film released in 2016. He then appeared in the Oliver Stone directed biographical drama film ‘Snowden’ the same year.
He was then seen playing prominent roles in films, such as ‘Overdrive,’ ‘The Fate of the Furious,’ and ‘Pacific Rim: Uprising.’

In 2015, Scott Eastwood was seen in Taylor Swift’s music video ‘Wildest Dreams’ where he played her love interest. He has also been featured as a model for the fragrance ‘Cool Water’ by ‘Davidoff.’

He received two other ‘Teen Choice Award’ nominations for his performance in ‘The Longest Ride’ and ‘Suicide Squad.’
Personal Life & Legacy

Scott Eastwood has always had a lot of respect and regard for his father whom he considers a great professional. His mother was his closest friend and confidant.

In 2014, he met with a car accident which killed his ex-girlfriend Jewel Brangman. She was killed due to a faulty air bag in a hired Honda Civic car. When the car crashed, shrapnel was sent into her spine. The incident left a deep impact on his life. Two years later, he reached out to the girl’s father to express his condolences.
He currently lives in his own house in San Diego. He is rumored to be dating Halston Sage whom he met at an ‘Abercrombie.’ As per social media, he has no inhibitions to be in female company.

Scott Eastwood is known for his love for traveling and wizardry at chess. While filming ‘Pacific Rim: Uprising’ in Australia, he engaged in a variety of activities, such as surfing, hanging around with kangaroos, and checking out restaurants. His shirtless photographs from his visit to Australia were made famous by his fans.

He is a close friend of Cody Walker and supports his late brother’s charity program ‘Reach Out World Wide.’
Trivia

He has said on record that he considers David Ayer as the best director in the film industry and a real man.

See the events in life of Scott Eastwood in Chronological Order 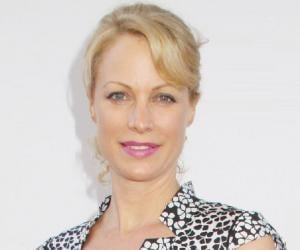