Sarah Michelle Gellar, the beautiful actress who rose to fame as Buffy Summers on the television series ‘Buffy the Vampire Slayer’ is an accomplished film actress as well. She was predestined to be an actress—she was spotted by an agent when she was just four years old and invited to audition for a part in the television film, ‘An Invasion of Privacy’. This gave her exposure in the media and she became a child model. As a young girl she continued acting in television series and even landed minor roles in Hollywood films. Her first major break came when as a teenager she was chosen to play Sydney Rutledge in the teen drama ‘Swans Crossing’. Her portrayal of Kendall Hart in the ABC soap opera ‘All My Children’ was highly appreciated and won her several awards and accolades including an Emmy Award. Eventually she made her foray into mainstream Hollywood and landed roles in horror films like ‘I Know What You Did Last Summer’ and ‘Scream 2’. The highest point of her career happened when she was chosen to play Buffy Summers in the highly popular vampire series, ‘Buffy the Vampire Slayer’. This role made her very famous and soon she was a much sought after actress. The talented lady is also actively involved in various charities. Jennette McCurdy
14th April In History
DID WE MISS SOMEONE?
CLICK HERE AND TELL US
WE'LL MAKE SURE
THEY'RE HERE A.S.A.P
Quick Facts

American People
Actresses
T V & Movie Producers
American Women
New Yorkers Actresses
Childhood & Early Life
She is the only child of Rosellen and Arthur Gellar. Her father was a garment worker while her mother was a school teacher. Her parents divorced when she was seven and she became estranged from her father.
She received her primary education from the Birch Wathen Lenox School and graduated from Fiorello LaGuardia High School of the Performing Arts in 1995. She was a competitive figure skater during her high school years. 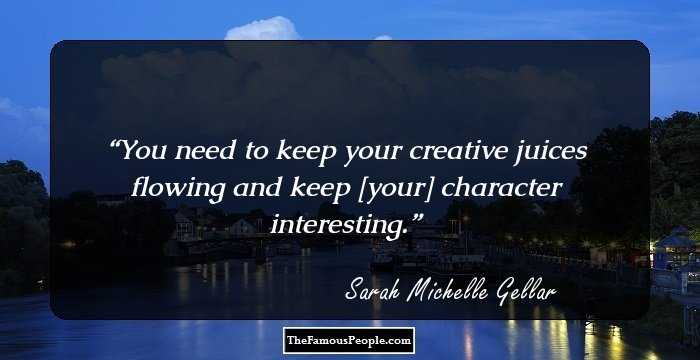 Continue Reading Below
Career
She was a child star who began acting as a four year old. Her first screen appearance was in the television film, ‘An Invasion of Privacy’ which also had Valerie Harper and Carol Kane. Following this she modeled for magazines.
As a young girl she acted in minor parts in television series like ‘Spenser: For Hire’ and ‘Crossbow’. She also began appearing in small, uncredited roles in films during the 1980s.
In 1993 she landed her first major acting project. She portrayed Kendall Hart, the long lost daughter of one of the protagonists in the soap opera, ‘All My Children’. This role got her much acclaim and paved the way for a successful acting career. She left the show in 1995.
She was selected to play the lead, Buffy Summers, in the television series, ‘Buffy the Vampire Slayer’ in 1997. She played a teenager who has been assigned the responsibility of fighting mystical antagonists like vampires. The show ran for seven seasons and was very successful.
In 1997 she starred with Jennifer Love Hewitt, Ryan Phillippe and Freddie Prinze Jr. in the slasher film, ‘I Know What You Did Last Summer’ which revolved around four friends who were being stalked by a killer. The film though critically panned was a huge commercial hit.
She portrayed Kathryn in the drama film ‘Cruel Intentions’ in 1999. The movie was adapted from an 18th century novel but set among wealthy teenagers in contemporary New York.
She appeared in the 2002 horror comedy ‘Scooby-Doo’ along with her future husband Freddie Prinze Jr. The movie received primarily negative reviews but performed very well at the box office. She reprised the role in its sequel, 2004 ‘Scooby-Doo 2: Monsters Unleashed’.
She was chosen to play the main protagonist, Karen Davis in the supernatural horror film, ‘The Grudge’ in 2004. It was a remake of a Japanese film, and is told in a non-linear sequence of events. She reprised this role in its sequel, ‘The Grudge 2’ in 2006.
She is also an accomplished voice actor and has provided voices to several characters in various films and television shows including ‘Robot Chicken’ (2005-2012), ‘The Simpsons’, ‘American Dad’, and ‘King of the Hill’.
Continue Reading Below
She appeared along with Alec Baldwin and Maggie Grace in the 2007 romantic comedy, ‘Suburban Girl’. The movie had been adapted from two stories in Melissa Bank's best-selling book The Girls' Guide to Hunting and Fishing,
Currently she plays Sydney Roberts in the situational comedy, ‘The Crazy Ones’. 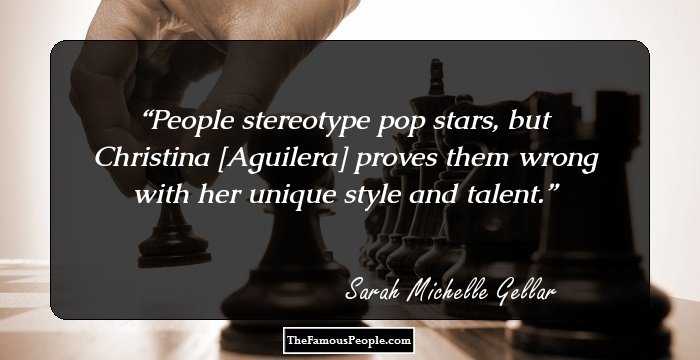 Major Works
She is best known for her portrayal of Buffy Summers, the teenager who kills vampires, in the television series ‘Buffy the Vampire Slayer’. The show was a critical as well as a commercial success and ran for seven seasons with 144 episodes. It made Gellar a famous face.
Awards & Achievements
She won the Emmy Award for Younger Actress in a Drama Series for ‘All My Children’ in 1995.
She received the Saturn Award for Best Actress on Television for her role in ‘Buffy the Vampire Slayer’ in 1999. 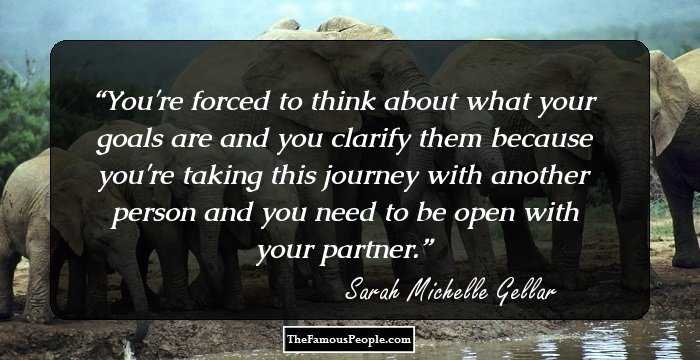 Personal Life & Legacy
She married Freddie Prinze Jr., her co-star in the film ‘I Know What you Did Last Summer’, in 2002. The couple has two children
She believes in giving back to the society and is actively involved in various charities including Project Angel Food, Habitat for Humanity and CARE.