Sarah Carpenter is an American actress and singer. Sarah began her musical journey at an adolescent age, in collaboration with her sister, the popular actress Sabrina Carpenter. She has acted with her sister on several episodes of the Disney show Girl Meets World. When she was a teenager, Sarah was a popular teen icon in her country. Famous as someone who loves to explore the world, Sarah has traveled to various countries around the world. She is known be vocal about the issues relating to women empowerment and is against racism. Sarah Carpenter is an avid animal lover and has a dog named Godwin. Sarah belongs to a family of creative people. Her relationship with her sister Sabrina is often looked upon as one of the most celebrated sibling bonds around. The singer and actress is also popular on social media platforms like Instagram where she has 1.1 million followers. 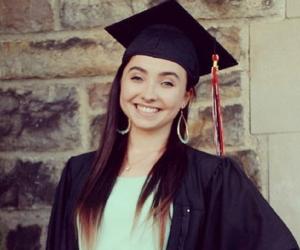 Sarah Carpenter started her career in 2014 with the TV series, Girl Meets World in which she played an unnamed Café Hey patron as well as portrayed the character of Sarah. Her sister Sabrina Carpenter, played one of the lead roles in the series. Even though Sarah is an actress, she is also a big influencer on social media. Sarah has collaborated with popular brands like Macy’s, Pop & Suki’s, Hairinfinity and others on her social media platforms to promote their products and services. She is often credited for her photography skills. Sarah has also performed at various awards shows such as the Radio Music Disney Awards. With a huge following on social media, Sarah finds it easier to promote numerous brands on her platforms. She is quite vocal about her perspective towards life. She has a popular Tumblr blog called papergirlsinpapertown that she manages. Sarah Carpenter has featured in her sister Sabrina’s song Eyes Wide Open along with the rest of their music band. This song has become quite a rage among the teenagers.

Sarah Carpenter was born on October 10, 1996, in Pennsylvania, to David and Elisabeth Carpenter. She has two sisters—Sabrina and Shannon—and a half-sister, Cayla . Sarah Carpenter and Sabrina Carpenter are very close and have collaborated together on multiple platforms. They are the best examples of sisters working together. These sisters are well-known for their super tight bond and similar predilections. In one of her candid behind-the-scenes videos, Sarah revealed that she and her sister have sister telepathy. These gorgeous sisters can always tell when the other is in need. This even helps their professional relationship a lot. They have revealed how they adore their sister talks and bonding sessions. They love helping each other out with acting, music, and so much more. Sarah has also collaborated with her sister Sabrina on her fan-favorite and popular song Eyes Wide Open as a backup singer and as a band member. Sarah and Sabrina are big Sam Smith fans and have dedicated a music video to him—their rendition of his much acclaimed song Writing’s on the Wall with their adorable and lovely voices.

Sarah Carpenter considers Disneyland as her second home and often visits the dream world with her friends and siblings. Sarah shares a genuinely intimate attachment with her boyfriend Peyton Clark. They have in various platforms proven how solid their bond is. She calls him her best friend and he reciprocates in a similar manner. They usually upload adorable selfies on their Instagram profiles to showcase their love for each other.