Sara Gilbert is a well-known American actress who has appeared in numerous films and TV series in her illustrious career. She is also the co-host as well as creator of the daytime talk show ‘The Talk.’ She first made a name for herself in the TV series ‘Roseanne,’ playing the role of ‘Darlene Conner-Healy’; this role earned her two ‘Primetime Emmy Award’ nominations. Apart from playing the popular role in the hit series, she has also played the memorable role of ‘Leslie Winkle’ in the TV series ‘The Big Bang Theory.’ Her acting credits include movies like ‘Poison Ivy,’ ‘The Big Tease,’ and ‘Light It Up.’ In addition to being an actress, she has tried her hand at direction as well as writing scripts. After realizing that she is homosexual, Gilbertchose not to discuss her personal life in public. In her early days as an actress, she dated her co-star Johnny Galeckibefore realizing her sexual orientation. She then went on to have a relationship with producer Allison Adler.After their breakup, and just before the launch of her talk show, Sara Gilbert came out publicly. From 2014 to 2019, she was married to singer-songwriter Linda Perry. 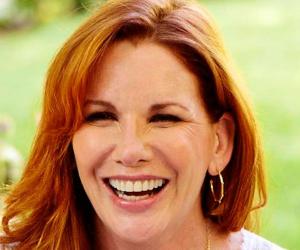 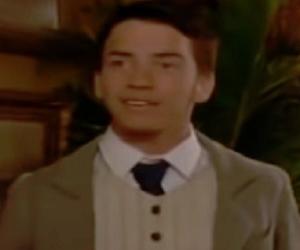 Sara Gilbert was born Sara Rebecca Abeleson January 29, 1975, at ‘St. John's Hospital and Health Center’ in Santa Monica, California, USA, into a Jewish family to Harold Abeles and Barbara Cowan. She has four older siblings. Her maternal grandfatherwas Harry Crane, the creator of the popular sitcom ‘The Honeymooners.’

Her siblings Melissa Gilbert and Jonathan Gilbert are also actors.They are popular for their roles in ‘Little House on the Prairie.’

Sara graduated from the ‘Yale University,’ New Haven, Connecticut in 1997, majoring in art with an emphasis on photography.

Sara Gilbert started her career by appearing in a commercial for ‘Kool-Aid.’ After playing some minor roles in television, she appeared in the series ‘Roseanne’ as ‘Darlene Conner’ in 1988. She played ‘Darlene Conner’ at the age of 13, and the roleturned out to be the biggest break of her career. In the series, she played the role of the down-to-earth daughter of ‘Roseanne Conner.’ Her performance in the series was much appreciated and widely praised by the audience.

Her performance in ‘Roseanne’ earned her a lot of roles in television. She featured in some of the most popular TV series and established herself as a TV actress.

Sara Gilbert appeared in the television series ‘The Big Bang Theory’ between 2007 and 2010. She played the love interest of Johnny Galecki’s character in the show. Her character went through a roller coaster ride from being one of the main characters of the show to being pushed aside as a supporting character.

She appeared in an eight-episode revival of ‘Roseanne’ and also served asan executive producer of the series in 2018. However, the show was canceled by the ABC network after its lead Roseanne Barr made some controversial racist remarks against former President Barack Obama’s advisor Valarie Jarrett.

Later that year, she became part of‘The Conners,’ the spin-off series of ‘Roseanne.’ She also serves as the executive producer of the show and reprises her role as‘Darlene Conner’ alongside the rest of the original cast except Barr.

She has also had recurring and guest roles in various other TV series, including ‘Living Biblically,’ ‘Happy Together,’ ‘Weird City,’ and ‘Atypical.’

In Sara Gilbert’s career so far, there have been many notable works, but the one that stands out is her performance in ‘Roseanne.’ The ABC sitcom gave her an opportunity to make a name for herself in the television world. The show was aired on television for the first time in 1988. Her role ‘Darlene Conner’ was so important that the show’s creators gave her ample time to complete her bachelor’s degree from ‘Yale University.’She worked in the show while studying at the university. Hence, the dates of her shooting were fixed according to her convenience.

She caught the attention of the audience when she appeared in the popular television series ‘The Big Bang Theory.’ After being introduced as a supporting character, her screen time was extended as the show progressed. Later on, her character ‘Leslie Winkle’ was once again downgraded by the producers, owing to the increasing popularity of the characters of‘Amy Farrah Fowler’ and ‘Bernadette Rostenkowski.’

Another milestone in her career was the talk show ‘The Talk.’ The show first aired in 2010. She produced and co-hosted the show apart from appearing in it.

Sara Gilbert started appearing in the ABC sitcom ‘Roseanne’ at the tender age of 13. The show ran from 1988 to 1997. For her portrayal of ‘Darlene Conner’ in the show, she received two ‘Primetime Emmy Award’ nominations.

During her teenage years, Sara Gilbert dated her co-star Johnny Galecki. It was around this time that she realized that she is homosexual and the two separated. She and Johnny are still good friends.

She later dated television producer Allison Adler.Together, they have two children, a son named Levi Hank, born to Adler in 2004, and a daughter named Sawyer Jane, born to Gilbert in 2007.

After breaking up with Adler, she dated Linda Perry and got engaged to her in April 2013. She married Linda Perry on March 30, 2014. On February 28, 2015, she gave birth to their son Rhodes Emilio Gilbert Perry. Gilbert filed for legal separation from Perry in December 2019.

Gilbert is the granddaughter of the famous comedy writer Harry Crane.

Despite being a Jewish, she has interest in various other philosophies and disciplines, including yoga.

She is a vegan. She was a vegetarian since the age of 13.

See the events in life of Sara Gilbert in Chronological Order