DID WE MISS SOMEONE?
CLICK HERE AND TELL US
WE'LL MAKE SURE
THEY'RE HERE A.S.A.P
Popularity Index
Singers #1318
Sam Tsui
Quick Facts

education: He attended Yale University and graduated in 2011 with a major in classical Greek additionally studying Latin

Nick Jonas
Sam (Samuel) Tsui is a famous American singer-songwriter and YouTuber, widely known for his covers of a number of chart toppers. With over 2.7 million subscribers on his YouTube channel, Sam has earned quite a name for himself in the music industry. His most viewed videos include covers of hit songs by artists like Imagine Dragons, Adele, Taylor Swift, Nelly, Bruno Mars, and Rihanna. He has also written a couple of songs and medleys in addition to performing. In his singing videos, Sam has collaborated with several recognized faces and young, talented singers including Christina Grimmie, Alex Goot, Casey Breves, and Vidya Vox. He has appeared on several TV shows including the Ellen Show, The Bonnie Hunt Show, and the Oprah Winfrey Show. His video with a medley of Bruno Mars and Katy Perry’s songs is one of his most viewed ones, with over 15 million views. Sam has also released a number of studio albums like ‘The Covers’, ‘Make It Up’, and ‘Wildfire’ amongst others. Pennsylvania Musicians
Male Singers
Taurus Singers
Male Musicians
Career
Sam recognized his singing talent at quite an early age. Growing up, he was a part of several acappella music groups and church choirs, including ‘UrineTown’, ‘Titanic’, ‘Joseph’, and the ‘Amazing Technicolor Dreamcoat’.
In 2009, his cover of Jackson 5’s hit number ‘I’ll Be There’ was widely appreciated by viewers, which propelled him to fame. He went on to appear in the ‘Bonnie Hunt Show’ and ‘It’s On With Alexa Chung’ soon afterwards.
In 2011, his cover of Britney Spears’ ‘Hold It Against Me’ was so well received that it featured on Spears’ official website! In 2013, he released his first solo album titled ‘Make It Up’. He was a part of the tour across Canada and US.
Over time, he has become one of the most viewed singers on YouTube. His cover of the song ‘Just a Dream’ by Nelly featured him with Christina Perry. The video has a staggering 30 million views on YouTube and is one of the viewer’s most favorite numbers. His wedding video named ‘This Promise’ has more than 2 million views. The video features a montage of videos from the couple’s wedding day, brought to life by Sam’s vocals.
Currently, he has more than 2.7 million subscribers on YouTube, making him one of the most followed YouTubers ever.
You May Like

Taurus Musicians
American Singers
American Musicians
Male Lyricists & Songwriters
Continue Reading Below
What Makes Sam So Special
In addition to having a stunning voice, Sam is trained at playing a number of instruments including the piano. The singer has many celebrity fans, including acclaimed actor Tom Hanks. During the address at Yale by Tom Hanks, Sam was mentioned three times by the actor.
Tsui is also a philanthropist, working for several causes through his singing.
Sam donated all the proceeds he made from ‘Unsinkable’, his duet with Elle Winter, to a pediatric cancer research in 2013. In 2016, he participated in Tubeathon, an event which raises money for the American Red Cross, a disaster relief humanitarian organization from the United States. Sam’s fundamentally generous and humble nature despite his amazing popularity is what makes him so special.
Recommended Lists:

American Lyricists & Songwriters
Taurus Men
Personal Life
Born on May 2, 1989, Samuel Tsui was raised in BlueBell, Pennsylvania, with his brother Kent Kevin. He lived in the same city as his producer, Kurt Schneider. Schneider has appeared in a number of Sam’s videos. They attended Wissahickon High School together. He has graduated from Yale University, majoring in Greek and is also skilled at C++ programming language.
On April 15, 2016, he came out on a video he posted on his YouTube channel, publicly declaring that he was a gay and in a relationship with singer and fellow YouTuber, Casey Breves. In the video, he explained that he likes to keep his personal life away from the limelight. The couple got married on April 16, 2016 in Los Angeles, California. 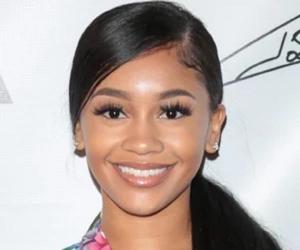