Advanced Search
Ryan Michelle Bathé is an American actor. She is primarily known for her recurring role of attorney ‘Sara Holt’ in the series 'Boston Legal.' She, along with the entire cast of the series, was also nominated for a 'Screen Actors Guild Award.' Additionally, Ryan has a plethora of guest appearances under her belt. She has worked in several TV series, feature films, and TV movies. After 'Boston Legal,' Ryan had a few more recurring roles, in TV series such as 'Trauma,' 'Army Wives,' 'This Is Us,' 'Empire,' and 'The Rookie.' Ryan is married to her 'This Is Us' co-star Sterling K Brown. They were college mates at 'Stanford University.' After enduring the struggles of long-distance relationship and a temporary break-up, the actor couple finally got married in 2007. They are now blessed with two sons.

Jennette McCurdy
27th July In History
DID WE MISS SOMEONE?
CLICK HERE AND TELL US
WE'LL MAKE SURE
THEY'RE HERE A.S.A.P
Quick Facts 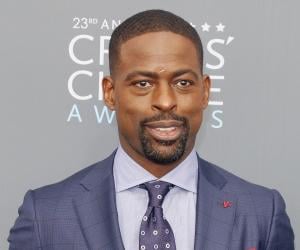 American People
Black Film & Theater Personalities
American Women
Missouri Actresses
Stanford University
Childhood & Early Life
Ryan was born Ryan Michelle Bathé, on July 27, 1976, in St. Louis, Missouri, US. She grew up in Stamford, Connecticut.
Ryan was in the 1994 batch of 'WestHill High School' in Stamford, Connecticut. She later graduated from 'Stanford University.' She holds an MA degree in fine arts from 'Tisch School of the Arts’ of ‘New York University.' Ryan is a member of the sorority 'Delta Sigma Theta.’
Continue Reading Below
Career
Ryan began her career with the character ‘Sarai’ in an episode of the 'CBS' drama 'The Education of Max Bickford.' In the initial days of her career, Ryan appeared in several guest roles. In 2003, she was seen as ‘Stormy’ in the TV movie 'Good Fences.' She also appeared in a guest role in the 'NBC' medical drama 'ER.' The following year, Ryan portrayed the character ‘Aurora’ in the episode 'The Big I Haven't the Vegas Idea Episode' of the 'UPN' sitcom 'Half & Half.'
Ryan’s breakthrough project came in 2005, when she bagged the recurring role of ‘Sara Holt’ in the 'ABC' legal comedy–drama 'Boston Legal.' She starred in 16 episodes of the series. The role earned her and the entire cast a 'Screen Actors Guild Award' nomination for ‘Outstanding Performance by an Ensemble in a Drama Series.’ In 2007, Ryan guest-starred in three TV series: as ‘Noreen’ in 'ABC’s 'Brothers & Sisters,' as ‘Claire Williams’ in 'CBS’s 'Medium,' and as ‘Traci Blackwell’ in 'UPN’s 'Girlfriends.' She had the leading roles in the independent films 'All About Us' and 'April Moon,' both released in 2007.
In 2008, Ryan guest-starred in the episode 'Sandcastles in the Sand' of the popular 'CBS' sitcom 'How I Met Your Mother.' Her second recurring role came in 2009, when she was cast as ‘Sela Boone’ in the 'NBC' series 'Trauma.' She appeared in nine episodes of the show, till 2010. Meanwhile, Ryan made guest appearances in the 'Fox’ crime drama 'Bones,' the 'FX' (later 'FXX') sitcom 'It's Always Sunny in Philadelphia,' and the 'ET' sitcom 'Brothers;' all aired in 2009. In 2010, Ryan was seen as ‘Robin’ in an episode of the 'ABC' crime drama 'Private Practice.'
In 2011, Ryan bagged the recurring role of ‘Jessica Sanders’ in the 'TV Land' sitcom 'Retired at 35.' The same year, she appeared as ‘Mrs. Thomas’ in the 'NBC' legal comedy–drama, 'Harry's Law.'
In 2012, Ryan bagged the role of ‘Charlie’ in the 'Lifetime’ drama 'Army Wives.' It was her third regular role. She was cast opposite her husband in the series. Ryan also starred as ‘Jackie’ in the 2012 crime-comedy film 'One for the Money.' In 2014, she was seen in a leading role in the 'ABC' comedy pilot 'Keep It Together.'
From 2016 to 2018, Ryan appeared in the recurring role of ‘Yvette’ in the 'NBC' comedy–drama series 'This Is Us.' In this series, too, she co-starred with her husband, Sterling. She was also seen in the guest role of ‘Miss Flanagan’ in the 'ABC' multi-camera sitcom 'Dr. Ken' (2016). Ryan had recurring roles in less than five episodes of the 'Fox’ musical drama 'Empire' (as ‘Celeste’) and the 'ABC' crime drama 'The Rookie' (as ‘Det. Paige’). In 2018, Ryan was signed to play ‘Ari Montgomery’ in the 'Paramount Network' comedy–drama series 'First Wives Club.' The series is based on the film of the same name and is scheduled to start in 2019.
Family & Personal Life
Ryan is married to actor Sterling K Brown. The two met for the first time in 1988 at 'Stanford University.' They were college mates and lived in the same dormitory. They would even participate in stage plays together. Ryan was profoundly impressed with Sterling's acting skills while they both worked in the play 'Joe Turner's Come and Gone.'
Ryan and Sterling became friends and eventually discovered their similarities. They were both from St. Louis and were born in the same hospital. Their parents went to rival high schools. However, Ryan was already dating someone when they became friends.
Ryan and Sterling eventually fell in love and began their relationship. Unfortunately, Ryan moved to Los Angeles and they broke up soon after. They reunited 3.5 years later.
Ryan and Sterling got married in 2007 and are now blessed with two sons, namely, Andrew and Amaré. Sterling helped Ryan while she delivered her first son. Her delivery was quite similar to a scene from the series 'This Is Us' that starred Ryan.
Sterling’s acceptance speech was disrupted before he could thank Ryan and his sons at the 2017 'Emmy Awards.' He acknowledged his family backstage afterward.