Ryan Goldenberg is an upcoming American TikTok star, best known for his comedy, dance, and lip-sync videos on the platform. He is also popular on Instagram. Ryan was suddenly “shadow banned” by TikTok in 2000 and then launched a back-up account on the platform. He created a self-titled YouTube channel and posted his first video on the channel in 2020, during the COVID-19 pandemic. He claims he is single. He also often features his sister and mother in his videos. Ashton Rowland
DID WE MISS SOMEONE?
CLICK HERE AND TELL US
WE'LL MAKE SURE
THEY'RE HERE A.S.A.P
Quick Facts

Ryan Goldenberg was born on February 16, 2006, in New York, United States of America. Though he often features his mother and sister on his TikTok videos, not much is known about his father.

He has three siblings: a younger sister, JD (known as jd_ggg on social media), and two older brothers, Josh and Danny. Josh is a professional golfer.

Ryan Goldenberg began his social-media career with TikTok. His first video on the platform was posted on August 24, 2019, and showed him cursing in front of his mother. He stated he was excited when the video received 2 million views.

He then began posting comedy videos, dance clips, and lip-syncs, which were loved by his fans. His TikTok account, ryangoldenberg, soon gained more than 15 million likes and almost 500 thousand fans.

However, Ryan was suddenly “shadow banned” on TikTok in 2020 and was quite sad about it. The ban continued for more than 2 weeks, which is the average “shadow ban” period.

He then created a back-up account on TikTok and named it notryangoldenberg. He now plans to give away hoodies to randomly chosen fans if he manages to gain 500 thousand followers on his new account.

Though his fans keep requesting him for merchandise, he has eventually decided not to launch his merchandise for the time being. He would be needing a sufficient fan base to promote his merchandise to, and currently, due to the “shadow ban,” he seems to have lost his TikTok fan base. He has, however, promised to make some merchandise available if he reaches 500 thousand fans on the new account.

He is available on Snapchat, as ryangoldy16, and often hosts Snapchat stories. His Instagram account, ryangoldenberg, launched in August 2018, has gained more than 79 thousand followers. However, in spite of him being a popular social-media star, his Instagram account is set to private.

He launched his self-titled YouTube channel on April 10, 2020. He has gained more than 2.64 thousand subscribers and over 8 thousand views on the platform. His only video on the channel, MY FIRST KISS?! Q&A WITH RYAN GOLDENBERG!, posted on May 7, 2020, has received more than 8.3 thousand views and over 840 likes. The video explains how he had his first kiss in kindergarten and also mentions that had his first real “make-out” kiss at 13.

Ryan as a Person

In his YouTube Q&A video posted in May 2020, he mentioned the funniest situation he had faced as a child was when he fell off a golf cart, with his mother and brother watching him.

He would love to travel to Bora Bora someday and enjoy its tranquil ambience in a hut surrounded by the ocean. He loves root beer and Dr. Pepper. His favorite song is Righteous by Juice Wrld.

Earlier, he was highly involved in all sorts of sports, such as lacrosse, football, hockey, tennis, and basketball. He now mostly plays golf, roller hockey, and basketball in his leisure time.

During the ongoing COVID-19 pandemic, he has been watching TV shows such as All American and Outer Banks. He, however, thinks the shows are “vague.”

He finds it irritating when people take hours to respond to his messages. He would love to have the superpower of being invisible or to be able to fly.

He had thought of quitting TikTok earlier, as he found it to be annoying and overwhelming at times, especially when he was “shadow banned.” He is a member of the TC Social Club.

In his May 2020 video on YouTube, he claimed to be single. However, he did say that he has been in relationships in the past.

He said he would be happy date a fan as long as she is not more than 2 years older than him. He, however, likes the fact that his parents are 8 years apart from each other.

When asked whether he had a TikTok crush, he responded by saying he had many. 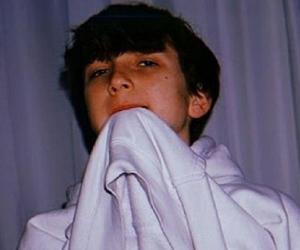