Russell Joseph Howard is a well-known English comedian, as well as a TV and radio presenter. He became especially famous for his own comedy show 'Russell Howard's Good News'. The show became extremely popular and it was eventually voted the Best Show ever on the BBC 3 network. Born in Bristol, England, Howard was inspired by popular comedians, such as Lee Evans, Richard Pryor, and Frank Skinner. In the early years of his career he worked as a regular panelist for the TV show ‘Mock the Week.’ Since then, he has appeared on several others comedy shows as well, such as '8 Out of 10 Cats', 'Would I Lie to You' as well as 'Live at the Apollo'. Other than comedy and acting, Howard is also a huge football fan. From the early age of ten, he has been an avid supporter of the Liverpool Football Club. Before he became a full time comedian, he used to play for Basingstoke Town Football Club, which is a member of the Southern League Premier Division. He is also involved with the environmental organization 'Friends of the Earth International'. He ran the London Marathon as well, in order to help to raise money for Epilepsy Society. He is an atheist, as mentioned on the DVD recording of his 2014 stand-up tour named ‘Wonderbox’. 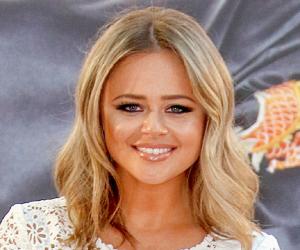 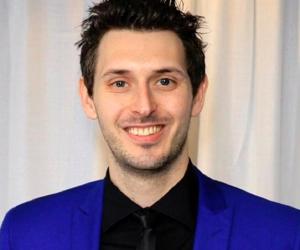 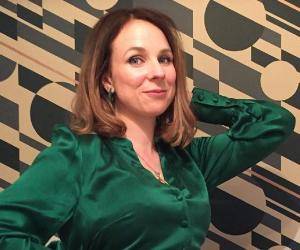 British People
Male Comedians
British Comedians
British Film & Theater Personalities
Aries Men
Childhood & Early Life
Russell Joseph Howard was born on 23rd March 1980 in Bristol, England, to parents Dave and Ninette Howard. They had three children, Russell being the eldest one. His sister is also an actress. His younger brother suffers from epilepsy.
Howard did his schooling from Perins School in New Alresford. Later he attended Atlon College and University of the West of England to pursue higher studies.
He used to be an avid football player since his childhood and before pursuing his career as a performer, he played for Basingstoke Town Football Club.
Continue Reading Below
You May Like

The Hottest Male Celebrities With The Best Abs
Career
In 2004, Russell Howard’s career began when he was hired by BBC Radio 1 to write, sing and perform for the show ‘The Milk Run’. During the early years of his career he also appeared in shows such as 'Banter' and 'Political Animal' which aired on BBC Radio 4.
He started gaining popularity for the 'The Russell Howard Show' which aired on BBC Radio 6 Music from 2006. He co-hosted the show along with his fellow comedian Jon Richardson.
Later he was commissioned by BBC 3 to create the comedy show 'Russell Howard's Good News'. The show, which started airing from October 2009, was a huge success. Howard would give his take on the week's important news stories on the show, in an entertaining and lighthearted way. The show earned much popularity and eventually was voted the best show on the network during the channel's 10th birthday celebrations.
In 2015, he made his acting debut in 'A Gert Lush Christmas,' a comedy drama, which aired on BBC two. Along with being a co-writer, he also played the lead role. The same year he also started presenting the show 'Russell Howard's Stand Up Central'. The show aired on the Comedy Central network for nearly a year.
In 2016, he started presenting 'Russell Howard & Mum: USA Road Trip.’ The show, which was a travel documentary series, aired on Comedy Central. The show involved Howard travelling through various parts of the country with his mother.
Howard has released a total of four DVDs which include some of the stand-up tours he has performed during his career.
Major Works
The British comedy and topical news show ‘Russell Howard's Good News’ which was both created and presented by Howard, has obviously been the most significant work in his career so far. The show featured Howard providing his views on the news of the week in a humorous way, along with sketches and humorous video clips.
The show also included guest appearances of people who had been in the media recently. It was eventually voted as the Best Ever Show on BBC Three by users of the media website Digital Spy.
Howard made his acting debut in ‘A Gert Lush Christmas’, a British comedy-drama which aired on BBC Two in December 2014. The show was co-written by Howard and Steve Williams, and directed by Al Campbell. The story revolved around a man, Dan, who takes his girlfriend to meet his family. However, things don’t go as expected as she runs away after she realizes that they are totally eccentric. The film starred Howard in the lead role, along with actors such as Hannah Britland, Neil Morrissey, and Kerry Howard.
Awards & Achievements
Russell Howard won the "Best Compère" at the 2006 Chortle Awards. He also received a nomination for an Edinburgh Comedy Award (formerly called If.comedy award) for his 2006 Edinburgh Festival Fringe show.
Personal Life & Legacy
Russell Howard lives in Camden, London, with his girlfriend Cerys, who is a medical doctor, and their dog Archie.
He is also known for his charitable works. In order to raise money for the Epilepsy Society, he ran the London Marathon with his brother and sister in 2010. The same year, he also took part in the BT Sport Relief Million Pound Bike Ride along with a few other celebrities.

See the events in life of Russell Howard in Chronological Order 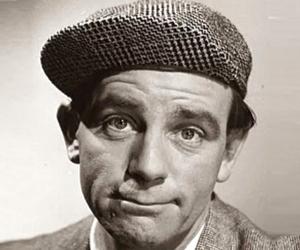