(Choreographer & One of the Greatest Male Ballet Dancers of His Generation)

Rudolf Khametovich Nureyev was a Soviet ballet dancer, considered a prominent figure of the art in the 20th century. He is believed to be the force for opening opportunities for male artists in ballet and modern dance. As a child, he grew up watching ballet performances and eventually his interest in the art grew. He attained training from the Vaganova Academy, after which he became part of the Kirov Ballet. His skill and energy was well noticed and soon he gained popularity in the Soviet Union. In 1961, while on a tour of Europe with his ballet company, he defected in Paris and chose to remain there with the aid of the French Police. He subsequently joined the Grand Ballet du Marquis de Cuevas and later worked as a guest artist with Royal Ballet among other reputed companies. He had also successfully choreographed ballet acts like ‘Romeo and Juliet’ and ‘Tancredi’. He was so passionate about the art that he established the ‘Rudolf Nureyev Foundation’ to promote and support the art of ballet. In 1983 he was appointed as the Director of Paris Opera Ballet. He continued choreography, coaching and dancing until a few years of his illness. Polina Glen
17th March In History
DID WE MISS SOMEONE?
CLICK HERE AND TELL US
WE'LL MAKE SURE
THEY'RE HERE A.S.A.P
Quick Facts

See the events in life of Rudolf Nureyev in Chronological Order 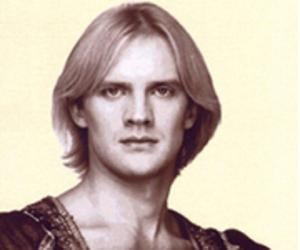