(Ballroom and Latin Dancer, Best Known as Participant of 'So You Think You Can Dance')

Pasha Kovalev is a Russian professional dancer, best known for his appearances in the dancing reality TV shows such as Strictly Come Dancing and So You Think You Can Dance. Born in Siberia into a financially backward family, Pasha discovered love for dancing when he was 8 years old. Growing up, he was taken to a boot camp and trained in dancing for many years. He met Anya Garnis there and they formed a pair and eventually, they also began dating. Together, they performed at various dancing competitions across Russia and moved to the USA together in 2001. There, after struggling for some time, Pasha found success when he won the audition to participate in the dancing reality show titled So You Think You Can Dance, and performed in the third season of the show. He also associated with following seasons as either a choreographer or an All-Star. He also joined the show Strictly Come Dancing in 2011 for the ninth season and has appeared in all subsequent seasons until 2018. He ended up with one first prize and finished as the first runner up in the first two seasons. He has also toured around the UK with his long time partner Anya and married Rachel Riley, his former dance partner at ‘Strictly Come Dancing’. Vaslav Nijinsky
DID WE MISS SOMEONE?
CLICK HERE AND TELL US
WE'LL MAKE SURE
THEY'RE HERE A.S.A.P
Quick Facts

Pasha Kovalev was born Pavel Kovalev, on January 19, 1980, in Komsomolsk-on-Amur, Siberia, Soviet Union, to Galina and Sergei Kovalev. He was raised by a single mother and grew up with a brother. He grew up watching dancing shows on television and ever since he was a kid, he aspired to become a professional dancer.

He began learning professional dancing when he was 8 years old. He went through a difficult childhood. When his family became financially incapable, he was taken to a boot camp, where he was made to train 12 hours a day, when he was 13 years old. The children were only allowed to meet their parents once a year. Pasha also had to learn to cook for himself.

Irina Gabdarakhmanova, his trainer, said that Pasha was a mediocre dancer at first, but he was very hard working. She added that the young dancers were made to follow a strict discipline, so strict that the practices could be banned in UK. She further said that Pasha’s family had grown very poor and most of the students in her classes belonged to poor families.

He ran away from the boot camp and moved to Moscow. He found his dancing partner Anya Garnis early on in the camp and together they entered many Russian dancing competitions, also winning a few of them.

In 2001, Pasha decided to move to the West with his dancing partner Anya and the dancing-duo made their way to the United States.

In UK, USA and Canada, Pasha Kovalev and Anya Garnis performed at various platforms and entered numerous competitions for many years in the early 2000s.

Their big break came in 2007 when they got selected to feature in the dancing reality show So You Think You Can Dance after auditioning successfully. However, Pasha did not intend to audition for the show and he was only there to give his partner Anya some company. During the auditions, he was asked to audition as well and hence, both of them were selected to perform in the show.

In the third season of the show—Pasha’s first—he made it to the semi-final round, while his partner Anya reached only to the top 12 stage. From there on, the pair performed in many seasons of the show, either as choreographers or All-Stars. Following the end of the third season, both Anya and Pasha also became part of the So You Think You Can Dance Tour.

In the season four of the show, Pasha Kovalev was appointed as the choreographer to Mia Michaels. He choreographed her on a contemporary dance routine. In the next season, Anya and Pasha choreographed a Samba dance sequence for contestants Evan Kasprzak and Randi Evans.

In the seventh and eighth seasons of the show, Pasha Kovalev was announced as an ‘All-Star’. There he performed on Ballroom and Latin dance sequences with the female finalists of the season. In the ninth and the tenth seasons, he further choreographed dance sequences for the contestants.

In 2011, Pasha joined the show titled Strictly Come Dancing—BBC’s dancing reality show—for its ninth season and remained associated with the show until its sixteenth season.

In the ninth season of the show, when Pasha Kovalev debuted, he was paired up with Chelsee Healey. The couple reached the final of the season and ended up being the first runner ups.

For the tenth season of the show, it was announced that Pasha would be pairing up with Kimberley Walsh. Pasha once again to reach the finals of the show, and thus he became the first dancer in the history of the show to consecutively finish as the runner up.

In the next season, he was paired with Rachel Riley. During the fifth week however, Pasha and Rachel were eliminated in a dance-off round, despite scoring the highest.

He was paired with Caroline Flack for the twelfth season and they managed to achieve the perfect score of 120 by the time they reached the finals. They ended up becoming the champions. As they won the season, in the beginning of the next season, they performed a salsa routine.

Pasha Kovalev was paired with Carol Kirkwood for the thirteenth season, where their performances remained below average. Despite consistently staying in the bottom, they managed to complete the seven weeks mark in the show.

For the sixteenth season and his final appearance on the show, he was paired with Ashley Roberts, and the pair ended up being the runner-ups.

Apart from these appearances in two major dancing reality shows, Pasha has appeared in many other shows, mostly with his long time dancing partner Anya. Together, they appeared performing on shows such as Dancing with the Stars, Superstars of Dance and So You Think You Can Dance Australia.

He has also appeared on the music video for the song One Day I’ll Fly Away of the band Centre Stage. In addition, he has also performed on-stage for many charity dancing events.

He has also performed on many Christmas specials of Strictly Come Dancing.

In 2009, Pasha Kovalev and Anya Garnis paired up for the ballroom based dance show called Burn the Floor. In late 2010, Pasha joined the cast of the show to go on tours, and ended up leaving the show in 2011 when he joined the show Strictly Come Dancing.

In 2012, he embarked on a UK tour with his partner Anya, called An Evening with Katya and Pasha.

Pasha Kovalev dated his long time dancing partner Anya Garnis for a very long time, starting from the late 1990s. They had met during their dance training in Siberia. They moved to the United States together in 2001. They eventually broke up.

In 2014, Pasha began dating his former Strictly Come Dancing partner Rachel Riley and the couple dated for many years and moved to London. They announced the birth of their first child in 2019 and in the same year, they got married.

See the events in life of Pasha Kovalev in Chronological Order 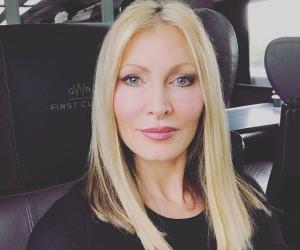