Ron Goldman was a young American restaurant waiter and an aspiring actor who had once dreamt of having his own restaurant. His life came to an abrupt end at the age of 25. He was a friend of Nicole Brown, the ex-wife of the ‘National Football League’ (NFL) footballer OJ Simpson. On the unfortunate day of his murder, he had gone to Nicole’s home to return a pair of glasses. He and Nicole were both found stabbed to death on the walkway leading to her house. What followed was one of the most high-profile and talked-about trials of the century. OJ Simpson was tried for both the murders, at the ‘Los Angeles County Superior Court,’ and was found not guilty. However, no further arrests were made in connection with the case after his acquittal. After the verdict, families of both the victims filed a civil lawsuit and were awarded compensatory and punitive damages amounting to US$ 33.5 million by the jury that found Simpson responsible for causing both the deaths. Soon, the rights of OJ Simpson’s book ‘If I Did It’ were awarded to the Goldman family, as the payment ordered by the court remained pending.
Continue Reading Below 87
DID WE MISS SOMEONE?
CLICK HERE AND TELL US
WE'LL MAKE SURE
THEY'RE HERE A.S.A.P
Quick Facts 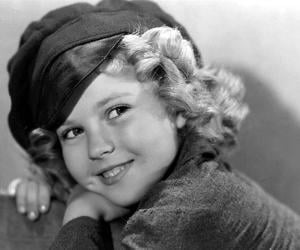 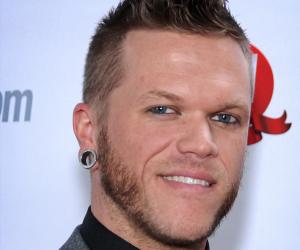 American Celebrities
Illinois State University
Cancer Men
Childhood & Early Life
Ronald Lyle Goldman was born on July 2, 1968, in Cook County, Illinois, US, to Sharon Rufo and Fred Goldman. His parents divorced when he was 6 years old, and this left a deep impact on his life. He was initially raised by his mother but later lived with Fred and his younger sister, Kim, in Buffalo Grove, near Chicago.
His father later married a woman named Patti Glass, who had three children from her previous marriage. With time, the distance between Ron and his family grew significantly, and he started living independently.
He was raised in the Jewish faith, according to his father’s wishes. He attended the ‘Twin Groves Junior High School’ and the ‘Adlai Stevenson High School’ in Lincolnshire. He graduated from high school in 1986 and joined the ‘Illinois State University’ to pursue a degree in psychology. During his school and college days, he was involved in social work. He volunteered as a camp counsellor and helped in the rehabilitation of disabled children. He was also good at soccer and tennis and played for his school team.
He moved to southern California with his family at the age of 18 and had to give up his degree after the first semester. He started living on his own after relocating to California and worked as an employment head-hunter and tennis instructor to support himself. He took up a number of jobs as a waiter and did some modeling assignments to make extra money.
Ron Goldman soon started attending the ‘Pierce College’ to complete his unfinished degree. He spent his spare time either by surfing or by playing beach volleyball with friends from the neighborhood. He also grew fond of nightlife and working out at the gym to build his body.
He got himself an ‘Emergency Medical Technician’s license, but decided not to work as a technician, as he found the work schedule too time-consuming to fit into his routine with other activities. He later discovered that he was color blind, which made it difficult for him to work as a medical technician.
Continue Reading Below
You May Like

The Hottest Male Celebrities With The Best Abs
Career
Goldman wished to open a bar and restaurant in Brentwood, which he planned to characterize by the ancient Egyptian symbol of life called the “ankh.” He even had a tattoo of the figure on his body. In order to gain experience in managing a restaurant, he worked as a waiter in various bars and restaurants in the neighborhood.
He even worked as a promoter at a Century City dance club, known as ‘Tripps,’ and at the club ‘Renaissance’ with his friends. He was a popular figure who got along well with both his peers and his customers. His employers thought he had the ideal temperament for the restaurant business.
He was good-looking and had aspirations of becoming an actor. He spent a lot of time at the gym to tone up his body and improve his physique. He even appeared on the reality show ‘Studs’ in 1992, where he gave a reasonable account of himself. However, he was yet to make it big in the entertainment industry.
Goldman was just 25 years old when his life came to an abrupt end. What followed was one of the most high-profile and talked-about trials in the history of the American judiciary.
Personal Life
Ron Goldman met former ‘NFL’ footballer OJ Simpson’s ex-wife, Nicole Brown, in April 1994. Although she was more than 10 years older than him, they became good friends.
He borrowed her white ‘Ferrari’ car occasionally and was taken into custody for driving with a suspended licence.
On the night of June 12, 1994, Goldman was working as a waiter at the ‘Mezzaluna Trattoria’ restaurant, when Nicole called him and told him that her mother had accidently left her sunglasses at the restaurant. Goldman searched for the glasses and found them in a drain outside the restaurant. He assumed that the glasses must have fallen as her mother was getting into the car and decided to return them to Nicole.
He left the restaurant in his uniform and stopped at his apartment before going to Nicole’s house. He had plans to go out with his friend that night but never made it. What happened at Nicole’s house is not known, but he, along and Nicole, were found stabbed to death on the walkway leading to her house.
It is believed that he was an eyewitness to the murder of Nicole Brown, who was stabbed as he arrived at the condominium where she lived. It is assumed that he tried to protect her and got stabbed by her killer in the bargain.
His body was laid to rest at the ‘Pierce Brothers Valley Oaks Memorial Park’ in Westlake Village, California. His family established the ‘Ron Goldman Foundation for Justice’ after his death.
Trivia
OJ Simpson was tried for the murders of Nicole Brown and Ron Goldman at the ‘Los Angeles County Superior Court’ and was found not guilty on both counts. The trial lasted 11 months and was referred to as “The Trial of The Century.” However, no further arrests were made in connection with the case after his acquittal.
After the announcement of the verdict, both families filed a civil lawsuit and were awarded compensatory and punitive damages amounting to US$ 33.5 million by the jury that found Simpson responsible for causing both the deaths. However, the money is yet to be paid in full.
As compensation, the rights of OJ Simpson’s book ‘If I Did It’ were awarded to Goldman’s family in 2007.
You May Like

See the events in life of Ron Goldman in Chronological Order 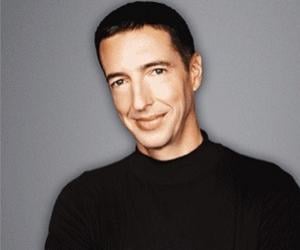