Robert Johnson was an American blues composer, guitarist, and singer whose eerie falsetto voice and masterful, rhythmic slide guitar influenced both his contemporaries and many upcoming blues and rock musicians. In Robinsonville, where he spent the bulk of his youth, he came in contact with Delta blues masters, Willie Brown, Charley Patton, and Son House, who were not impressed with his talent. They were, however, astonished by his musical ability when he returned to his town after being away for a year. According to a legend, he made a deal with the Satan at a local crossroads, acquiring his prodigious talent as a guitarist, singer, and songwriter. It is said that he sold his soul to the Satan and agreed to live just eight more years. He traveled to Mississippi, Arkansas, Texas, Tennessee, Chicago, and New York, playing at house parties, juke joints, and on the streets. In 1936–37, he made a series of recordings in a hotel room in San Antonio, Texas, and at a warehouse in Dallas. His repertoire included several blues songs and his original numbers, ‘Hellhound on My Trail’ and ‘Terraplane Blues’ are some of his most compelling pieces. Despite his limited body of work, he had a major impact on several other brilliant musicians, including Muddy Waters, Elmore James, Eric Clapton, and the ‘Rolling Stones.’ American Celebrities
African American Singers
Guitarists
Black Singers
Black Musicians
Childhood & Early Life
Robert Leroy Johnson was born on May 8, 1911, in Hazlehurst, Mississippi, USA, to Julia Major Dodds and Noah Johnson, a laborer in a local sawmill.
Robert’s mother was married to Charles Dodds, who had been forced by the locals to leave Hazlehurst. He was living in Memphis as Charles Spencer.
Julia brought Robert to live with her husband Charles Spencer in Memphis in 1913. Three years later, he started attending school there, quite possibly ‘St. Peter’s elementary school.’
At Memphis, his older brother Leroy spent time in the musical establishments in the area (dance halls, bars, etc.) and played the guitar. He probably taught Robert a few elements of playing the guitar.
According to the 1920 Census records, he was living with his mother and her new husband William “Dusty” Willis in Crittenden, Arkansas, where he attended ‘Indian Creek school in Commerce,’ Mississippi. 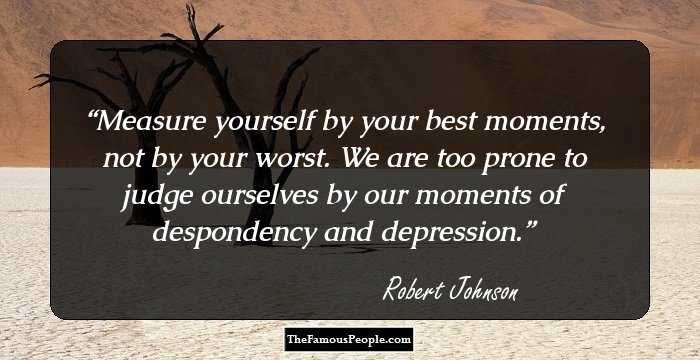 Quotes: Yourself
Continue Reading Below
Career
By 1928, he had learnt one of his first guitar songs ‘I’m Gonna Sit Down and Tell My Mama’ from Harry Hard Rock Glenn. He could also play harmonica, Jews harp piano, pump organ, and guitar.
In 1930, Son House, a blues singer and guitarist, moved to Robinsonville. House remembered Johnson as a 'little boy' who was a competent harmonica player but an embarrassingly bad guitarist.
In 1931, he left the Delta to find his biological father Noah. He arrived in Martinsville, close to his birthplace Hazlehurst, and met Ike Zimmerman who took him home and taught him to play the guitar.
When Johnson returned to Robinsonville, he seemed to have acquired a miraculous technique in playing the guitar. In a later interview, Son House attributed Johnson's new technique and progress to the Devil pact.
Between 1932 and 1938, he moved frequently between large cities like Memphis, Tennessee, Helena, and Arkansas and the smaller towns of the Mississippi Delta and neighboring regions of Mississippi and Arkansas.
In 1935, he met Johnny Shines whom he inspired to return to music. They travelled south and headed as far north as Ontario where they appeared on a local radio program.
When he made up his mind to record in 1936, he approached H. C. Speir, a white record store owner in Jackson. H.C. Speir sent him to Ernie Oertle, an ARC scout. Oertle and Johnson went to San Antonio.
In his first recording session in 1936 at a makeshift studio in ‘Gunter Hotel,’ San Antonio, Texas, Johnson recorded songs, such as ‘Come On In My Kitchen,’ ‘Kind Hearted Woman Blues,’ and ‘Terraplane Blues.’
He returned to recording in 1937 in Dallas and recorded classics, including ‘Hellhound On My Trail,’ ‘Little Queen of Spades,’ ‘Malted Milk,’ ‘Drunken Hearted Man,’ ‘Me and the Devil Blues,’ and ‘Love in Vain.’
Continue Reading Below
Major Works
‘Terraplane Blues,’ recorded in 1936, was Johnson’s first single. In the moderate regional hit, which sold 5,000 copies, he used the car model ‘Terraplane’ as a metaphor for sex with clear sexual innuendos.
‘Hellhound on My Trail,’ a song recorded by him in 1937 in Dallas, is considered to be his greatest. It was inducted into the ‘Blues Foundation Hall of Fame’ under the ‘Classic of Blues Recording’ category.
Awards & Achievements
In the 1990s, ‘The Complete Recordings,’ released by Sony/ Columbia, won a ‘Grammy’ under the ‘Best Historical Album’ category, while his song ‘Cross Road Blues’ was inducted into the ‘Grammy Hall of Fame.’
‘The Rock and Roll Hall of Fame’ included four of his songs in its list of ‘500 songs that shaped rock and roll.’ These songs were ‘Sweet Home Chicago,’ ‘Cross Road Blues,’ ‘Hellhound on My Trail,’ and ‘Love in Vain.’
‘The Complete Recordings’ won the 1991 ‘Blues Foundation Award’ under the ‘Vintage or Reissue Album’ category. It is a compilation album, released by ‘Columbia Records.’ It was recorded during the Dallas and San Antonio sessions.
He has been inducted into the ‘Blues Hall Of Fame,’ ‘Rock and Roll Hall of Fame,’ and the ‘Mississippi Musicians Hall of Fame.’ In 2006, he was posthumously honored with the ‘Grammy Lifetime Achievement Award.’
Personal Life & Legacy
Johnson married Virginia Travis in 1929. She died during childbirth. Later, he married Caletta Craft. After she died during childbirth, he had relationships with numerous women.
There is little evidence to believe that he had any family. However, the blues singer Robert Junior Lockwood was said to be the son of one of his girlfriends, as was Claude Johnson.
He died on August 16, 1938 after drinking poisoned whisky, allegedly given to him by the friends of a man on whose wife he showed too much interest. The exact location of his grave is officially unknown.
Trivia
The character that Chris Thomas King played in the film ‘O Brother, Where Art Thou?,’ which was written and directed by Joel and Ethan Coen, is loosely based on this legendary Blues singer.
His poorly-documented life has given rise to many legends, including the story that he sold his soul to the devil in order to learn to play the blues.

See the events in life of Robert Johnson in Chronological Order