Richard Andrew “Rick” Pitino is an American basketball coach who has the honor of being the only men’s coach in NCAA history to lead three different schools—Providence, Kentucky, and Louisville—to a Final Four. He also led Kentucky and Louisville to an NCAA National Championship, which again is a record in NCAA history. A career in basketball seemed to be the most natural choice for the talented man who had always loved the game. As a teenager he captained the basketball team of his school, St. Dominic High School. He played as a standout guard for the UMass Minutemen basketball team during his time at the University of Massachusetts. He became a coach after his college days and his first coaching job was as a graduate assistant at the University of Hawaii. The Boston University hired him as the head coach for its faltering team and he led them to their first NCAA appearance in 24 years. His career began picking up and soon lucrative coaching offers began pouring in. He worked at the Providence College and the University of Kentucky before becoming the head coach at the University of Louisville where he has been serving since 2001. In addition to his coaching career, he is also an author and motivational speaker.
Continue Reading Below American People
Male Sportspersons
American Sportspersons
Virgo Basketball Players
American Basketball Players
Childhood & Early Life
He was born and brought up in New York. He loved playing basketball from a young age and was the captain of his school basketball team at St. Dominic High School.
He went to the University of Massachusetts Amherst in 1970 and played as a standout guard for the Minutemen basketball team. He led his team in assists both as a junior and senior. He graduated from the university in 1974. 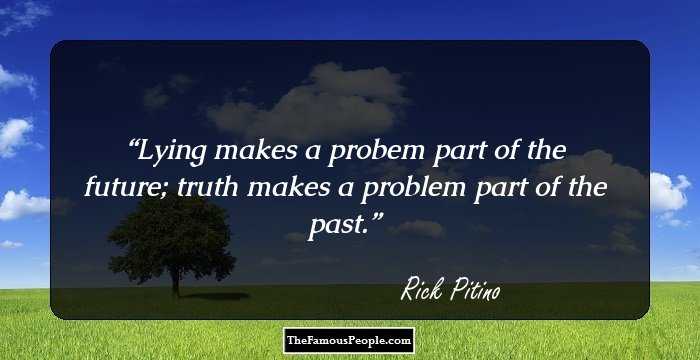 Who Is The Most Popular BTS Member?
Career
After college he took up a job as a graduate assistant at the University of Hawaii in 1974. Within a year he moved up to become a full-time assistant, eventually serving as Hawaii’s interim head coach during the 1975-76 season.
He was hired as the head coach by Boston University in 1978. Prior to his arrival the team was performing very miserably. He helped to change the team’s fortunes for the better and led them to their first NCAA appearance in 24 years.
After leaving Boston he became an assistant coach with the New York Knicks under Hubie Brown for the seasons 1983-85. In 1985, he became the head coach at Providence College whose team was not performing well. Within two years he led them to the Final Four.
In 1989, he was selected to be the coach at Kentucky. At the time of his joining the team was reeling under the after-effects of a scandal involving their former coach Eddie Sutton.
Pitino worked hard to earn back the team’s reputation and led them to the Final Four in the 1993 NCAA Tournament. He also helped the team win a national title in the 1996 NCAA Tournament.
He went to NBA in 1997 and took up the task of coaching the University of Louisville in 2001. He led the team to the Final Four, their first ever in 19 years.
His team made the semifinals of the National Invitation Tournament (NIT) but was defeated by the University of South Carolina in 2005. In 2007, the team comprising of mostly the same players, finished at the second place in the Big East Conference.
Louisville defeated Boise State, Oklahoma and Tennessee to advance to the Elite Eight in the 2008 NCAA tournament. However, they were defeated by North Carolina.
The Puerto Rico Basketball Federation selected him as the next head coach for Puerto Rico’s Olympic team in 2010. However he could not take up this assignment due to NCAA regulations which disallowed it.
Continue Reading Below
He led the team to the Big East tournament championship in 2012 where they defeated Davidson, New Mexico, and Michigan State to advance to the regional final. They won the regional final but lost in the Final Four to national champions Kentucky.
He has also authored several books including the motivational book, ‘Success is a Choice’, autobiography ‘Born to Coach’, and ‘Rebound Rules’. 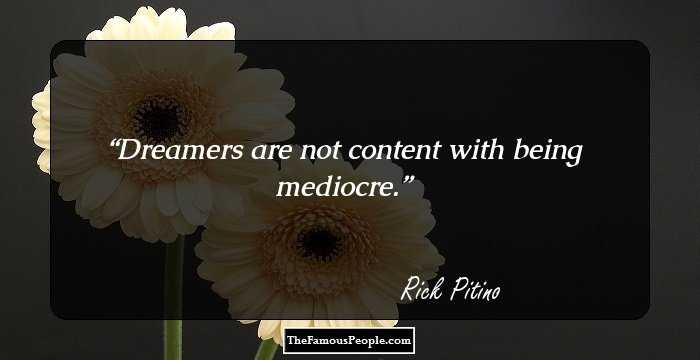 Major Works
One of the most successful coaches in the history of American basketball, he is the only coach in NCAA history to lead three different teams to the NCAA Final Four.
Awards & Achievements
He won the NABC Coach of the Year Award presented by the National Association of Basketball Coaches in 1987 while he was coaching Providence.
He was named as the Southern Eastern Conference Coach of the Year thrice, in 1990, 1991, and in 1996. 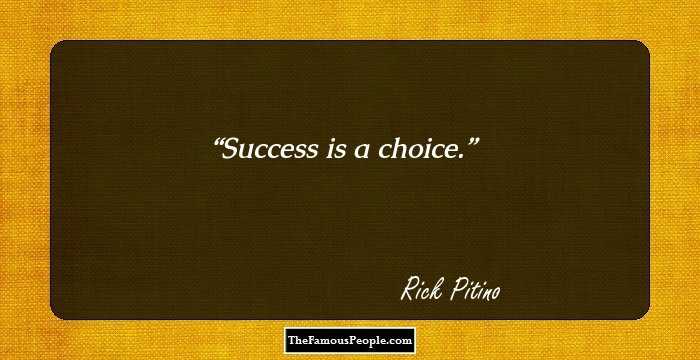 Personal Life & Legacy
He married Joanne Minardi in 1976. They had six children, of whom one died as a child. The couple established the Daniel Pitino Foundation in his memory through which they raised millions of dollars for children in need.
He lost his best friend and brother-in-law Billy Minardi in the terrorist attacks of September 11, 2001.
You May Like

See the events in life of Rick Pitino in Chronological Order