Arnold Jacob “Red” Auerbach was an American basketball coach regarded as the mastermind behind the success of the Boston Celtics. One of the most game’s successful coaches ever, he led the teams he coached to 938 wins, a record at his retirement. Considered to be a pioneer of modern basketball, he was highly competitive and would motivate his players to give their best and achieve synergy as a team. His astute managerial skills and sharp judgment ensured that he won seven NBA titles as the general manager and team president of the Celtics. As a coach he helped to redefine basketball as a team sport in which the whole team and not just a few star players dominated the game. Many players who had trained under him went on to be inducted into the Basketball Hall of Fame. One of his most distinguishing features was that he helped to break down the colour barriers by sending the first African-American starting five in the 1960s. As an athletic youngster he had started playing basketball during high school and attended the George Washington University on a basketball scholarship. He began his coaching career by coaching high school teams before being hired by Walter Brown, owner of the Boston Celtics. Shaquille O’ ...
Coaches #148
Basketball Players #282
Sportspersons #2080
DID WE MISS SOMEONE?
CLICK HERE AND TELL US
WE'LL MAKE SURE
THEY'RE HERE A.S.A.P
Quick Facts

American Celebrities
American Men
George Washington University
American Coaches
Male Sportspersons
Childhood & Early Life
He was born to Hyman and Marie Auerbach. He had three siblings. His father was a Russian Jewish immigrant who had married American born Marie. His parents owned a delicatessen store.
He started playing basketball as a child. He went to the Eastern District High School where he proved to be a star basketball player.
He received a basketball scholarship at the George Washington University. He graduated with an M.A. in 1941. 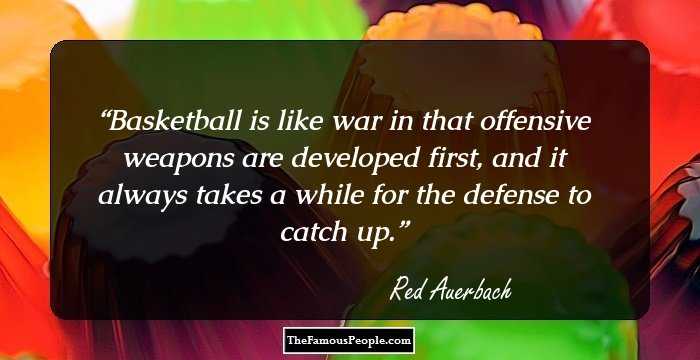 Who Is The Greatest Female Warrior In History?
Career
He was always interested in teaching and coaching and it was no surprise that he began coaching basketball at the St. Albans School and Roosevelt High School in 1941 soon after his graduation.
In 1943, he joined the U.S. Navy and coached the Navy Basketball team in Norfolk for three years. During this time he was noticed by Mike Uline who hired him to coach the Washington Capitols for the 1946-47 season.
He joined Tri-Cities Blackhawks for the 1949-1950 season but resigned after a season after his favorite player John Mankhen was traded by Blackhawks.
Walter Brown, the owner of the Boston Celtics approached him before the 1950-1951 season to coach his struggling team. After joining the team, Auerbach introduced some radical changes.
He broke the colour barrier and appointed Chuck Cooper, the first African American player in an NBA club. He was not bothered about the race or colour of his players; he only wanted the best performers in his team.
Under Auerbach’s leadership, the Celtics achieved a 39-30 record but lost in the 1951 NBA Playoffs. For the next season, he picked Bill Sharman. Along with Macauley, and Cousy—two already established players—Sharman added a new vitality to the team.
Up till 1956, the Celtics often made it to the playoffs but never won the title. He acquired Bill Russell who would eventually become one of the best basketball players of all time.
Determined to make his charges a winning team, he emphasized on team play and stressed on the importance of defense over offense. He trained his players extensively and turned his team into a tough squad.
His efforts paid off and staring from 1957 the Celtics went on to win nine out of ten NBA championships including eight consecutive championships with six victories over the Los Angeles Lakers.
Continue Reading Below
Auerbach, who had created history by recruiting the first NBA black player, once again broke the colour barrier by sending out the first ever NBA starting five consisting of five black players in 1964.
After winning nine titles in 11 years, he stepped down as the coach in 1966 and made Bill Russell the player-coach—this was again a revolution in NBA history as Bill Russell was black.
The efficiency of his mentoring can be seen by the fact that ten players he coached went on to be inducted into the Basketball Hall of Fame. Several of his players, including Russell and Sharman went on to become famous coaches themselves.
After his retirement as a coach, he became the general manager of the Boston Celtics and served in this role till 1984. After he stepped down from his duties as the general manager, he became the president and later vice-chairman of the Celtics. He remained associated with the team till his death in 2006.
He is also the author of seven books on basketball, including ‘Basketball for the Player, the Fan and Coach’ which was a best-seller and has been translated into seven languages. 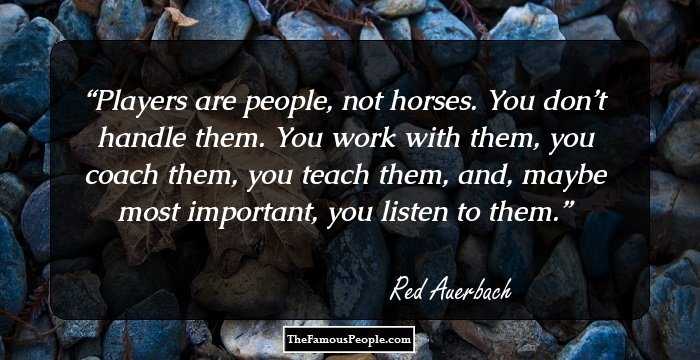 Quotes: You
Awards & Achievements
The Professional Basketball Writers Association of America (PBWAA) named him the greatest coach in the history of the NBA in 1980.
Personal Life & Legacy
He married Dorothy Lewis in 1941. The couple had two daughters, Nancy and Randy.
He lived a long and productive life and was active till the very end. He died in 2006 at the age of 89.
The Arnold “Red” Auerbach award was created in 2006 by the Celtics in his honour. It is given to players and coaches who best exemplify the spirit and meaning of what it is to be a Celtic. 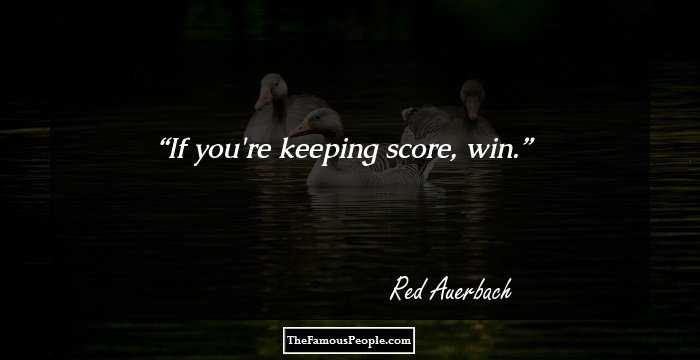 Trivia
This basketball coach acquired the nickname “Red” because of his flaming red hair.
You May Like

See the events in life of Red Auerbach in Chronological Order