Rebal D is an American YouTube personality, best known for his self-titled channel that has millions of subscribers. He is one of those YouTube comedians who posts videos on skits, pranks, and social experiments in order to entertain his fans. He has often been criticized by his haters who claim that he goes way too far in the name of entertainment and that he invades the privacy of others while doing so. In spite of all the criticisms, he remains to be one of the most popular American YouTube stars. He created his YouTube channel in 2011. Interestingly, he did not post anything on his channel until 2015, when he finally uploaded his first video titled, If Cats Could Talk, which went on to be known as one of his most funniest videos. However, what made his channel famous was the popularity of the video, Pranking my Ex-Girlfriend with Song Lyrics Texts. Rebal D is known as one of the most popular yet notorious YouTube personalities around. He also makes his presence felt on the live streaming platform YouNow. Born on January 11, 1999, in the United States, Rebal D grew up in an average American household. Right from his childhood, he was fascinated by the ever growing world of social media. The desire of seeing himself doing well on social media platforms brought him to YouTube in 2011, when he created his own channel at the age of thirteen.

But he did not upload anything on his channel for a very long period of time. In the year 2015, he finally uploaded his first video which went on to become popular. Rebal D has grown by leaps and bounds ever since and today he is one of the most famous YouTube stars in America.

Rebal D was inspired by several other YouTube stars and wanted to emulate them by making it big in the world of social media. After uploading his first video, If Cats Could Talk, he went on to post a few more videos. But unfortunately, his videos did not get the kind of response that he was hoping for. Moreover, he wasn’t posting videos on a regular basis, which hampered his growth on social media.

After a few months, he uploaded his first popular video, 7 Cute Things Girls Do Guys Like. The video gained more than 50,000 views within a few days and that gave Rebal D enough confidence to post his subsequent videos.

He then started to explore other territories, such as prank videos and reaction videos. He even posted a few videos in which he displayed his mimicking abilities.

He then posted another popular video series, in which he was trying to speak foreign languages, such as Japanese, Hindi, and Tamil. By 2017, the number of his subscribers reached half a million mark. As of May 2022, his channel has 2.1 million subscribers! He has also gathered over 300,000 followers on his Instagram account.

As his popularity reached new heights on YouTube, his fan base grew on other social media sites as well. This encouraged him to venture into YouNow, a popular live streaming platform, where he gives quirky responses to the questions posed by his fans.

Rebal D has a younger sister named Judy, whom he adores quite a lot.

He has had a few girlfriends and he regularly speaks about them in his videos. He is often seen playing pranks on some of them, the videos of which he posts on his channel. 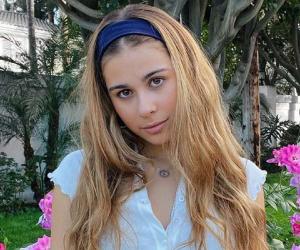