Rafael Nadal, popularly known as 'Rafa' among his fans, is a tennis player from Spain. He began playing tennis when he was just three years old. Though he was blessed with innate talent in both football and tennis, he chose the latter and pursued it. He began participating in junior tennis championships, and moved on to professional tennis with 'ATP' tournaments. He had retained the number one spot for quite some time, before suffering from serious knee injuries that affected his game. Known mainly for his mastery on clay court, Nadal has won numerous matches on grass and hard courts as well. He is the second male player after Swedish player Mats Arne Olof Wilander to have won a minimum of two ‘Grand Slam’ titles on all three surfaces. He is also the first tennis player to have won ‘Grand Slam’ tournaments for ten years at a stretch. Previously, the record was held by Roger Federer, Björn Borg, and Pete Sampras, for having won the tournaments for eight consecutive years. Nadal is well-known for his on-field rivalry with players like Roger Federer, Novak Djokovic, and Andy Murray. This professional player from Spain has 19 ‘Grand Slam’ singles titles, five ‘Davis Cup’ titles with Spain, two ‘Olympic’ gold medals, and numerous ‘ATP’ trophies to his credit. Spanish People
Spanish Men
Male Sportspersons
Male Tennis Players
Gemini Tennis Players
Childhood & Early Life
Rafael Nadal Parera was born on June 3, 1986, in Manacor, Spain, to an entrepreneur named Sebastián and his wife Ana María Parera. He has a sibling, María Isabel, who is younger to him.
His uncles Miguel Ángel and Toni were both professional sportsmen--while Miguel was a soccer player, Toni played tennis.
Rafael started playing tennis at the age of three. By 1998, he had tasted victory at a regional tennis tournament for under-12 players.
Trained by his Uncle Toni, he learnt to play with his left hand, despite being a right-hander.
At the age of 12, he exceled in the game, and won several tournaments. By the time he was 15, he had started playing professional tennis. 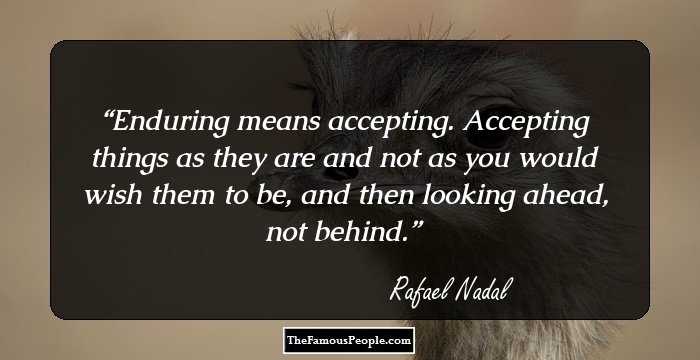 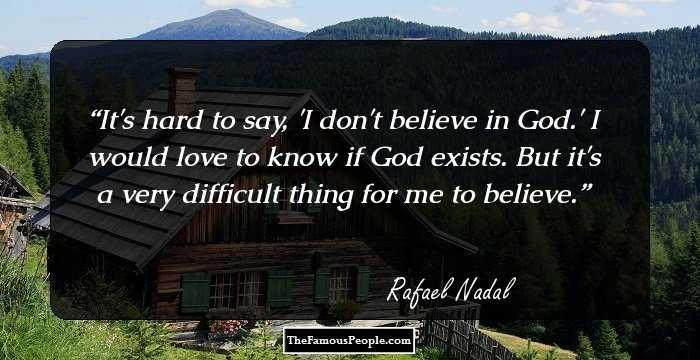 Quotes: Me, Love, God, Believe, I
Awards & Achievements
In 2003, this spectacular tennis player was presented with the ‘ATP Newcomer of the Year Award.’
In 2005, he was given the ‘Golden Bagel Award’ when he won 11 straight sets without conceding a single match. The same year, he won the ‘ATP Most Improved Player of the Year Award.’
In 2006, this Spanish tennis player was felicitated with the ‘Laureus World Sports Award for Breakthrough of the Year.’
Rafael was the recipient of the ‘Prince of Asturias Award for Sports,’ the ‘ITF World Tour Champion’ trophy, and ‘Best International Athlete ESPY Award’ in 2008.
During the 2009-10 season, this popular tennis player won the ‘Golden Bagel Award’ for the second time, ‘Stefan Edberg Sportsmanship Award,’ and ‘BBC Overseas Sports Personality of the Year.’
During 2011-2014, Nadal received prestigious honors like 'Best Male Tennis Player ESPY Award’ and 'Laureus World Sports Award.' The latter was conferred upon him on two occasions; for 'Sportsman of the Year' and 'Comeback of the Year.'
He has won the ‘ATP Player of the Year’ award on four occasions; 2008, 2010, 2013, and 2017.
Personal Life & Legacy
In 2007, Rafael Nadal established ‘Fundación Rafa Nadal’ in order to help children and young adults. Apart from contributing to the development of his home town, he also helps in the development of various other cities. He has also visited India's Anantapur city, Andhra Pradesh.
He has assisted the ‘Vicente Ferrer Foundation’ in their 'Anantapur Educational Center project.' He also started a tennis academy for poor children, calling it the ‘Anantapur Sports Village.’
This tennis player is known for his contribution to social and environmental causes, especially his participation in 'A Million Trees for the King' program, launched in Thailand. The program aimed at planting trees to commemorate King Bhumibol.
In 2011, 'Rafa,' an autobiography of the sportsman, was published with the help of distinguished journalist John Carlin.
This tennis player enjoys playing football, golf, and poker. He has played against famous poker player Vanessa Selbst in a game held in Monaco.
Nadal started dating María Francisca (Xisca) Perelló in 2005. It was reported on January 2019 that the couple got engaged. Nadal and María got married on October 2019. 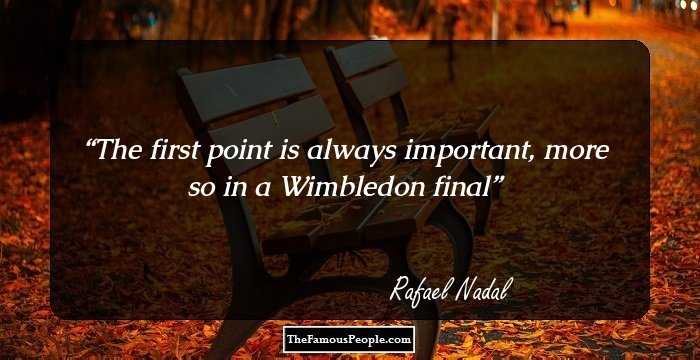 Trivia
This famous tennis player from Spain has a habit of biting into his trophies while posing for photographs.

Quotes By Rafael Nadal | Quote Of The Day | Top 100 Quotes

See the events in life of Rafael Nadal in Chronological Order