(Rapper and Record Producer Known for His Albums: ‘No Way Out’ , ‘Forever’ and ‘Press Play’)
Advanced Search

Sean Combs, better known by his stage name ‘Puff Daddy,’ is an American rapper, record producer, and entrepreneur. Puff Daddy, who successfully carved a niche for himself, went on to become one of the most popular artists in the American music industry. Puff Daddy serves as an inspiration to many young musicians as he fought his way to stardom, after having started his journey from humble beginnings. Tragedy struck his family when he was still a child. He lost his father, who was shot dead, and was raised by his single mother. After dropping out from ‘Howard University,’ where he was studying business, he established the ‘Bad Boy Records,’ a record label which launched the careers of many successful artists. After a series of successful productions, he came up with his debut album ‘No Way Out’ which became a massive hit. With the success of his debut album, he reached the pinnacle of his music career and went on to produce more such hit albums. Some of his albums include ‘Forever,’ ‘The Saga Continues…,’ ‘Press Play,’ and ‘Last Train to Paris.’ In addition to ‘Bad Boy Records,’ he also owns a clothing line. Doja Cat
Rappers #90
Record Producers #16
Musicians #368
DID WE MISS SOMEONE?
CLICK HERE AND TELL US
WE'LL MAKE SURE
THEY'RE HERE A.S.A.P
Quick Facts

American People
Black Singers
Black Rappers
Black Musicians
Record Producers
Childhood & Early Life
Puff Daddy was born Sean John Combs on November 4, 1969, in Harlem, New York City, USA, to Janice Combs, a model and teacher’s assistant, and Melvin Earl Combs, an associate of a drug dealer.
In 1972, his father was shot dead. After the death of his father, he was raised by his mother in Mt. Vernon, New York.
In 1987, he graduated from ‘Mount Saint Michael Academy,’ an all-boys Roman Catholic high school. In high school, he regularly played football and even won a division title.
In 1989, he dropped out of ‘Howard University,’ where he was pursuing his majors in business, and joined as an intern with New York’s ‘Uptown Records.’ He was eventually fired from there. 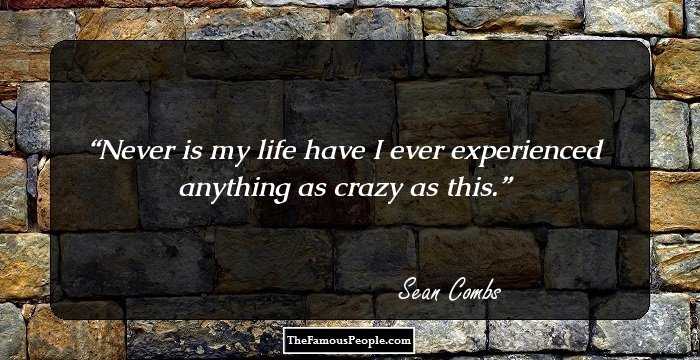 The Best Black Actresses Of All Time
Career
In 1993, after losing his job at ‘Uptown Records,’ he established ‘Bad Boy Records’ along with ‘Arista Records’ and The Notorious B.I.G. ‘Bad Boy Records’ produced many successful hits like The Notorious B.I.G.’s ‘Ready to Die’ album.
‘Bad Boy Records’ signed many other artists, including Mary J. Blige, with whom Puff Daddy guest produced the album ‘What’s the 411?’ and executive produced ‘MY Life.’ They also signed a girl band named ‘TLC.’
In 1995, ‘Bad Boy Records’ released Faith Evans’ debut album ‘Faith,’ which also featured Mary J. Blige in the single ‘Love Don’t Live Here Anymore.’ The album did well on the charts.
In 1996, he was the executive producer of ‘Total,’ an eponymous album of the R&B band ‘Total.’ The album did reasonably well on the charts. The hit singles from the album include ‘Can’t You See’ and ‘No One Else.’
On July 1997, he came up with his debut album ‘No Way Out,’ which was released under the ‘Bad Boy Records’ label. The album, which featured the hit single ‘Can’t Nobody Hold Me Down,’ was a commercial success.
On May 1997, along with Faith Evans and R&B group ‘112,’ he recorded the Grammy Award-winning single, ‘I’ll Be Missing You.’ The song was a tribute to The Notorious B.I.G who was murdered earlier that year.
On September 1997, he was one of the producers of Mariah Carey’s sixth studio album ‘Butterfly.’ The same year, he also produced the song ‘I Know What Girls Like’ from rapper Jay Z’s album ‘In My Lifetime, Vol. 1.’
In 1999, he came up with his album ‘Forever’ which received mixed reviews from music critics. The album was released in the UK the next year.
In 2000, he produced albums, such as ‘Life Story,’ ‘War & Peace Vol. 2,’ ‘Emotional,’ and ‘Shyne.’
Continue Reading Below
In 2001, he released his album ‘The Saga Continues’ which was featured on several music charts. The album housed many hit tracks, such as ‘Bad Boy For Life,’ ‘That’s Crazy,’ and ‘Let’s Get It.’
In 2002, he was featured in ‘Feelin’ So Good (Bad Boy Remix),’ which was part of Jennifer Lopez’s album ‘J to tha L-O!: The Remixes.’ That year, he also came up with the remix album, ‘We Invented the Remix.’
In 2003, he executive produced Mary J. Blige’s album ‘Love & Life’ which was a commercial success. That year, he also produced the soundtrack of the film ‘Bad Boys II,’ which featured the song ‘Shake Ya Tailfeather.’
In 2004, he was one of the producers of Method Man’s album ‘Tical 0: The Prequel.’ The album was featured on many music charts and also received good reviews.
In 2006, he came up with his album ‘Press Play,’ which received mixed reviews. Nevertheless, the album became an immense success and appeared on several music charts that year.
In 2007, he was one of the associate producers of Jay Z’s album ‘American Gangster,’ which was a commercial success. That year, he was also the executive producer of the album ‘Ridin High’ by rap duo ‘8Ball & MJG.’
In 2008, he was one of the producers of the track ‘Freak’ which was part of the album ‘In and Out of Love’ by American R&B singer, Cheri Dennis. The same year, he was featured in ‘Take You There’ from the album ‘Just a Rolling Stone’ by Donnie Klang.
In 2010, he released his album ‘Last Train to Paris’ which was released under the ‘Bad Boy Records’ label. Before the release of the album, he came up with singles, such as ‘Angels,’ ‘Hello Good Morning,’ ‘Loving You No More,’ and ‘Coming Home.’
In 2011, he appeared as a guest star in the first season of the TV series, ‘Hawaii Five-0.’ The following year, he announced the launch of the music-oriented cable television, ‘Revolt TV.’
Continue Reading Below
In 2012, he was seen in the eighth season of American TV sitcom ‘It’s Always Sunny in Philadelphia.’ Apart from TV shows, he has also appeared in films, such as ‘Made,’ ‘Monster’s Ball,’ and ‘Get Him to the Greek.’
On June 29, 2015, a new single titled ‘Finna Get Loose,’ featuring Sean and Pharrell Williams, was released.
In 2016, Sean announced that he intends to retire from the music industry to focus on his acting career. In 2019, he announced on Twitter that ‘Making the Band’ will return to ‘MTV’ in 2020. 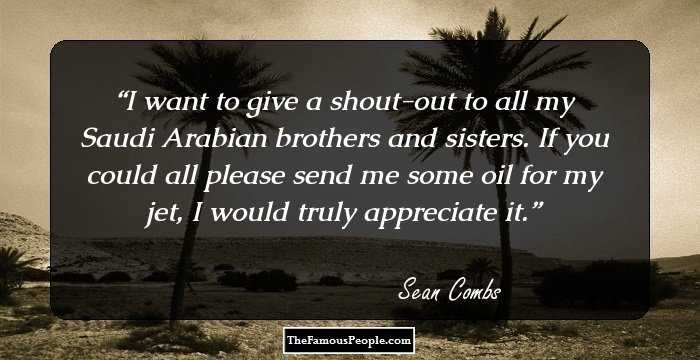 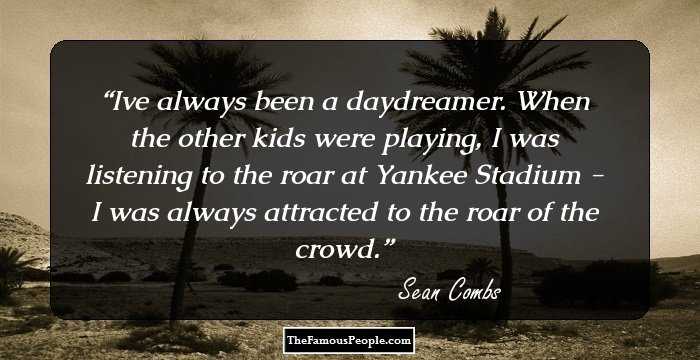 Personal Life & Legacy
In 1995, he founded ‘Daddy’s House Social Programs,’ an organization dedicated to helping youth through tutoring, annual summer camps, and other activities aimed at empowering them.
He is the owner of the clothing line ‘Sean John.’ He has also launched a men’s perfume brand named ‘I Am King.’ He also owns restaurants.
He is the father of five children. He is also the step-father of Quincy, who is the son of his former girlfriend Kimberly Porter.
His eldest son Justin was born from his relationship with designer Misa Hylton-Brim, whom he dated in high school.
His son Christian and twin daughters D’Lila and Jessie were born from his relationship with Kim Porter. His relationship with Porter ended in 2007. The same year, he took the legal responsibility for Chance, who was born from his relationship with Sarah Chapman.
Trivia
This Grammy Award-winning American record producer was once arrested in a shooting case along with his then-girlfriend Jennifer Lopez. The police also found a gun in his car.

See the events in life of Sean Combs in Chronological Order