Lilliane Catherine Diomi, known professionally as Ppcocaine, is an American singer and rapper, who first gained popularity in mid-2020. She gained fame for her song DDLG, which is just one of the many sex-positive songs to go viral through TikTok as many popular TikTok stars have used her songs. She also has a YouTube channel, which has over 310,000 subscribers. She is also active on TikTok with over 1 million followers. Her most popular songs include PJ, DDLG, and 3 Musketeers, and they have been compared by The New York Times and Vulture to other sex-positive songs by other female rappers. Matt Ox
1st June In History
DID WE MISS SOMEONE?
CLICK HERE AND TELL US
WE'LL MAKE SURE
THEY'RE HERE A.S.A.P
Quick Facts

She gained prominence in the summer of 2020, after her songs PJ, DDLG, and the 3 Musketeers went viral on TikTok at the same time. Along with TikTok, she also created a YouTube channel, Ppcocaine Inc, where she began posting her work. The video Ppcocaine- 3 Musketeers feat. NextYoungin is the most popular video on her channel, with over 8 million views as of September 2020. Ppcocaine DDLG’ (Official Music Video) is the second most popular video on her channel, and as of September 2020, it has over 3.5 million views. Her channel has also gained a lot of popularity within a short time, it has amassed over 310K subscribers.

Ppcocaine is known to be a lesbian. She hasn’t revealed much regarding her dating life and is possibly single. 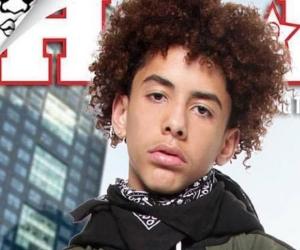 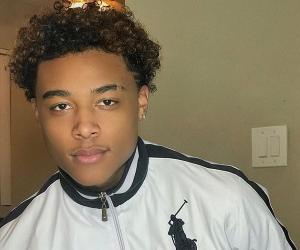