Philip McKeon was an American actor, director, and producer who gained fame for playing the character of Tommy Hyatt on the CBS sitcom ‘Alice’. Although initially brought in as a replacement, he soon impressed everyone with his charming looks and acting on the series. He went on to become a teenage heartthrob during the show’s run, and also earned a ‘Best Young Actor in a Television Series’ nomination for his performance. After the long-running show ended, McKeon appeared in several movies like ‘Return to Horror High’, ‘976-EVIL 2: The Astral Factor’, and ‘Ghoulies 4’, to name a few. He also worked in TV series like ‘CHiPs’, ‘Fantasy Island’, ‘The Love Boat’, and ‘Favorite Son’. Despite playing all kinds of roles, he unfortunately never achieved the same level of success, which he enjoyed during his years on ‘Alice’. But McKeon din not confine his creativity to just acting and decided to produce movies like ‘The Jacket’, ‘Murder in the First’. He also directed films, such as ‘Sandman’ and ‘Edge of Nowhere’. 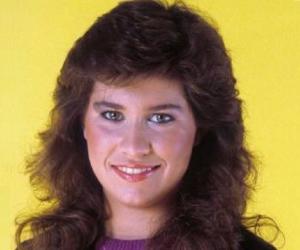 American Celebrities
American Men
New Yorkers Actors
Tall Celebrities
Tall Male Celebrities
Rise to Stardom
Philip McKeon had his first brush with the entertainment industry at the tender age of two. His parents started taking him and his sister to modeling auditions when the siblings were just toddlers. McKeon was quite a good-looking child, and he was cast in several TV commercials, in addition to appearing in magazine and newspaper ads. It won’t be incorrect to say that he grew up in the entertainment industry and soon started landing roles on stage, TV shows and in films. However, the youngster did not get his big break until actress Linda Lavin saw him performing on Broadway. Lavin was playing the titular role on the sitcom ‘Alice’, which was based on the Martin Scorsese-directed 1974 movie ‘Alice Doesn’t Live Here Anymore’. Impressed by the 12-year-old actor’s performance on stage, Lavin suggested his name to her directors, saying that he would be a perfect fit for the role of her son Tommy Hyatt.
This was a breakthrough role for Philip McKeon, even though he had no idea about its gravity back then. He replaced child actor Alfred Lutter, who played Tommy in the pilot episode. There was no turning back for McKeon as ‘Alice’ had one of the most successful runs on TV, airing from August 31, 1976, to March 19, 1985. It made McKeon a teenage heartthrob, thanks to his boyish good looks, blonde hair, and winning smile. But it was his comedic timing that earned him two subsequent nominations - in 1981 and 1982 - for ‘Best Young Actor in a Television Series’ at the ‘Young Artist Awards’.
McKeon has always maintained that he is grateful for the experience that he gained on ‘Alice’. However, just like many other sitcom stars, he also faced the pitfalls of portraying a major comedic character, as directors tend to overlook their acting abilities and end up typecasting them. This also remained true for McKeon throughout his career, and he never appeared in another highly acclaimed role on TV. That however doesn’t mean he had a bad career. He was seen on TV shows like ‘CHiPs’ (1979), ‘Fantasy Island’ (1984), ‘The Love Boat’ (1984); and the mini-series ‘Favorite Son’ (1988). Simultaneously, he was also cast in a variety of roles in movies. He was seen as Tommy Russell in the TV movie ‘Leadfoot’ (1982) and as Richard Farley in ‘Return to Horror High’ (1987), which remains one of his most famous roles to date. The child star went on to portray different characters in movies like ‘Red Surf’ (1989), ‘976-EVIL 2’ (1992), ‘Sandman’ (1993), and ‘Ghoulies IV’ (1985). But none of these movies were major blockbusters.
McKeon later decided to utilize his creativity and the deep knowledge of the entertainment industry by focusing on direction and production. He started as the second assistant director and co-producer of ‘Where the Day Takes You’ in 1992. The movie was a critical success. He then turned into an assistant director for the films ‘Sandman’ (1993) and ‘The Young Unknowns’ (2000). His solo directorial venture ‘Edge of Nowhere’ (2003) was a hit with critics and the audience. He produced movies like ‘Teresa’s Tattoo’ (1994), ‘Murder in the First’ (1995) and the award-winning ‘The Jacket’ (2005). His name has not popped up in any recent movie credits, leading many to believe that he has retired.
You May Like

Scorpio Actors
American Actors
American Film & Theater Personalities
Scorpio Men
Continue Reading Below
Family, Personal Life & Death
Philip McKeon was born in Westbury, New York, USA on November 11, 1964, to Barbara and Donald McKeon. His father worked as a travel agent. The award-winning actress Nancy McKeon (born April 4, 1966) is his sister. McKeon led a bachelor’s life, and it was speculated that he was gay. However, these were just rumors, and he neither confirmed nor denied any of these.
Philip McKeon died in Texas on December 10, 2019, at age 55, after a long illness. His family did not disclose any information regarding the exact cause of his death.