Paul WS Anderson is a film director, producer, and screenwriter, best known for movies such as ‘Mortal Kombat,’ ‘Resident Evil’ (series), ‘Event Horizon,’ and ‘Death Race.’ His work mainly consists of science-fiction movie adaptations of video games. The English director made his debut with the British film ‘Shopping’ in 1994. Although his debut venture had received a lot of criticism because of the amount of violence it had, it was selected for the ‘Sundance Film Festival.’ His earned his first commercial success through his second film, ‘Mortal Kombat’ (1995), which became a blockbuster in Hollywood. The movie was based on a video game of the same name. His most popular work was the ‘Resident Evil’ franchise, which was also adapted from a video game series of the same name. The six-movie series earned more than $1 billion all over the world. His other directorial projects include ‘Alien vs. Predator,’ ‘The Sight,’ ‘The Dark,’ ‘The Three Musketeers,’ ‘Pompeii,’ and ‘Origin.’ In 2016, he announced that he would direct the film adaptation of the popular video-game series ‘Monster Hunter.’ 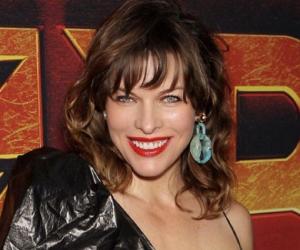 British People
T V & Movie Producers
British Men
Tall Celebrities
Tall Male Celebrities
Childhood & Early Life
Paul William Scott Anderson was born on March 4, 1965, in Wallsend, Newcastle upon Tyne, England. He attended the ‘Newlands Preparatory School’ and later went to Newcastle’s ‘Royal Grammar School.’
He joined the ‘University of Warwick’ to study films and literature. He graduated as its youngest student ever.
His passion for filmmaking began at an early age. He picked up a camera and began experimenting with it when he was 9 years old and continued to follow his passion.
Continue Reading Below
You May Like

The Sexiest Men Of 2020, Ranked
Early Career
Anderson started his career as a writer for the British TV show ‘El C.I.D’ that ran from 1990 to 1992. In 1992, he, along with producer Jeremy Bolt, founded ‘Impact Pictures.’
He released his first film, ‘Shopping,’ in 1994 but not without a difficulty or two. He struggled to get funds for his film. Moreover, the ‘British Board of Film Classification’ did not allow the release of ‘Shopping’ due to its violent scenes.
After the release of the film, it was again criticized for its violent content. It was released in the direct-to-video format after certain scenes were edited out.
However, Anderson was overjoyed when the film was selected for the ‘Sundance Film Festival.’ The movie starred Jude Law in his first feature-film role, apart from Sean Pertwee and Sadie Frost.
Shopping’ was the only British film directed and written by Anderson. He was always interested in working in Hollywood, as he mostly grew up watching American movies.
Career
His second film, ‘Mortal Kombat,’ was released in 1995. The fantasy film was an adaptation of the popular video game of the same name by ‘Midway Games.‘
Although the plot, the story, and the dialogues of the film were not appreciated by critics, its fight sequences and visuals were received well. Anderson admitted he did not know anything about visual effects and had to study about the same on the sets of the blockbuster.
The movie, starring Robin Shou and Christopher Lambert as leads, opened in the summer of 1995, and remained at the top spot of the US box office for 3 weeks. It was the first successful video-game adaptation.
Other video-game adaptations, such as ‘Super Mario’ and ‘Street Fighter,’ were box-office failures. ‘Mortal Kombat’ earned over $122 million worldwide but was made on a budget of less than $20 million.
Continue Reading Below
His next film, ‘Event Horizon,’ was a science-fiction film that starred Laurence Fishburne and Sam Neill in lead roles. The film was released in 1997 but did not do well at the box office.
His next project, ‘Soldier,’ was released in 1998 and was another commercial and critical failure. In 2000, Anderson wrote and directed the pilot of the supernatural drama series ‘The Sight.’ The pilot, despite having high ratings, was not picked up by any channel.
After a break of 2 years, Anderson returned to Hollywood to take it by storm with another video-game adaptation, ‘Resident Evil,’ starring Milla Jovovich. The science-fiction action–horror film was based on the video-game series of the same name by ‘Capcom.’
The movie grossed over $100 million at the box office, making it a commercial success. Although it was not critically appreciated, it did great business on home video.
‘Resident Evil: Apocalypse’ (2004) and ‘Resident Evil: Extinction’ (2007) were more successful than the first installment of the series, although they, too, were not critically appreciated. Anderson directed both the films.
In total, six ‘Resident Evil’ films were released, including ‘Resident Evil: Afterlife’ (2010) and ‘Resident Evil: Retribution’ (2012)..
The last film of the series was ‘Resident Evil: The Final Chapter,’ which was released in 2016 and remains to be one of Anderson’s most successful films to date. Anderson’s other famous project was the much-awaited ‘Alien vs. Predator’ (2004) that became a big commercial success but remained a critical failure.
His other popular project was the 2008 movie ‘Death Race,’ which was a remake of the 1975 movie ‘Death Race 2000.’ It did not earn as much success as his previous films but was a moderate hit.
‘Death Race 2’ and ‘Death Race 3: Inferno’ were released in 2011 and 2013, respectively. The latter was released in the straight-to-video format.
In 2011, he directed a romantic action–adventure film named ‘The Three Musketeers’ that had a huge cast, including Milla Jovovich, Orlando Bloom, Christoph Waltz, Matthew Macfadyen, Ray Stevenson, Luke Evans, and Logan Lerman. The movie did not perform well at the box office.
His other popular project was ‘Pompeii,’ a film based on the eruption of Mount Vesuvius in 79 AD that had destroyed Pompeii, an ancient city of the Roman Empire. The 3D historical romance was a moderate success at the box office but received negative reviews from critics.
His other works include ‘The Dark’ (2005), ‘Drift’ (2006), and ‘Pandorum’ (2009). Anderson has also directed the first two episodes of the web TV series ‘Origin.’
He is currently working on the production of the upcoming film ‘Monster Hunter, which is based on a video game by ‘Capcom.’
Family & Personal Life
Paul is married to actor Milla Jovovich, who played the lead in all six ‘Resident Evil’ films. They met in 2002 during the shoot of the first film of the franchise and began dating soon after.
The couple got engaged in 2003 but separated for a brief period of time. They got back after a while, and Milla gave birth to their first child in 2007.
Their first daughter, Ever Gabo Anderson, was born on November 3, 2007. The couple got married on 22 August, 2009.
Their second daughter, Dashiel Edan, was born on April 1, 2015.
Recommended Lists:
Film & Theater Personalities #4900
You May Like

See the events in life of Paul W. S. Anderson in Chronological Order