(Rapper - Contributed Significantly to the Development of 'Gangsta Rap')

Widely regarded as the founding father of gangsta rap, Ice Cube is one of the top A-list hip hop artists in the music industry. A controversial but versatile artist in the world of hip hop music, Ice Cube has created a cultural phenomenon over the years. He is one of the iconic stars of 21st century hip hop music, whose hard-hitting gangsta rap songs are believed to be a reflection of the political scenario of his time. His songs often revolve around violent themes. Some of his bestselling albums include AmeriKKKa's Most Wanted, Kill at Will, Death Certificate, War & Peace Vol. 1, War & Peace Volume 2, Lethal Injection, and I Am the West. Ice Cube developed a passion for rap from his high school days, and began writing rap songs. He quickly became one of the bestselling artists, whose albums have topped the music charts. Cube is one of the most established and influential artists in the American hip hop scene. He is also one of the most promising actors in Hollywood. Since his early teenage years, he had a keen interest in hip hop music and also wrote rap songs for a keyboarding class at his school in Los Angeles.

During the fall of 1987, he enrolled at the Phoenix Institute of Technology, where he pursued his studies in architectural drafting. He also performed with the hip hop group C.I.A. 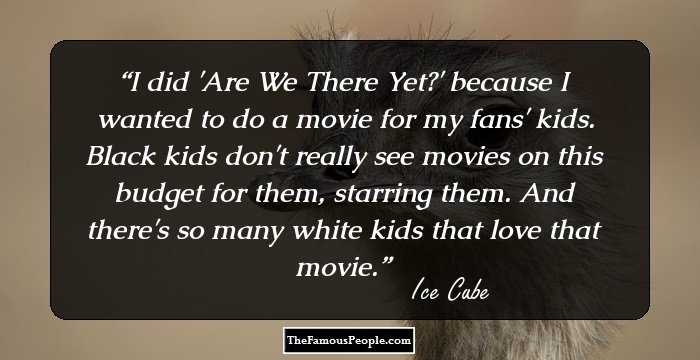 On May 16, 1990, his debut solo hip hop album titled AmeriKKKa's Most Wanted was released. The album was a commercial and critical success.

In December 1990, he released a seven-track extended play (EP) titled Kill at Will which turned out to be one of his acclaimed and bestselling works. The album featured the remixed single Endangered Species.

In July 1991, he starred in the Academy Award-nominated crime drama film Boyz n the Hood. Directed by John Singleton, the film was well-received and earned good reviews from film critics.

In 1991, his second studio album Death Certificate was released. It became one of his bestselling albums, and received an advance sales order of more than one million copies.

In 1992, he came up with his third studio album The Predator which was a commercial success, but did not receive critical acclaim. The album featured the hit single It Was a Good Day.

In 1993, his fourth studio album titled Lethal Injection was released. The album was a commercial success and featured the hit singles, You Know How We Do It and Bop Gun.

In 1997, he starred opposite Elizabeth Hurley in the thriller film Dangerous Ground. The film was directed by Darrell Roodt and did not receive good reviews.

In 1998, his fifth studio album War & Peace Vol. 1, also known as The War Disc, was released. The album featured on many music charts and was also one of his best-selling albums.

In 2000, Ice Cube came up with his sixth studio album War & Peace Volume 2 which became one of his most successful albums, featuring on several music charts. The album featured the club song You Can Do It.

In 2002, he starred in the comedy film Barbershop which was directed by Tim Story. He played the role of Calvin Palmer Jr. and the film was a box office hit.

In 2004, he reprised his role as Calvin Palmer Jr. in the sequel of Barbershop, Barbershop 2: Back in Business. The film was a huge success at the box office.

In 2006, his seventh studio album Laugh Now, Cry Later was released. This was regarded as his comeback album as he had concentrated more on his acting career since 2000.

In 2007, he starred in the family comedy film Are We Done Yet? The film did not receive good reviews but did quite well commercially.

In 2008, his eighth studio album Raw Footage was released. The album featured the singles, Gangsta Rap Made Me Do It and Do Ya Thang.

On September 28, 2010, Ice Cube’s ninth studio album I Am the West was released. The album, which featured the singles I Rep That West and Drink the Kool-Aid, received positive reviews.

His next album titled Everythang's Corrupt released in 2018. It was his first studio album in eight years since I Am the West. The album was received positively by the critics. It included the controversial songs, Arrest the President and Good Cop, Bad Cop.

Ice Cube focused more on movies in the 2010s. He was seen in the critically acclaimed movie Rampart in 2011. He was later seen as Captain Dickson in the blockbuster hit movies, 21 Jump Street (2012) and its sequel 22 Jump Street (2014).

He then acted alongside Kevin Hart in the Tim Story-directed buddy cop comedy movie Ride Along (2014). He also appeared in its sequel Ride Along 2 (2016). Though both the movies did well commercially, they failed to impress the critics.

In 2014, he voiced a character in the animated movie The Book of Life. In 2016, he reprised his role as Calvin Palmer Jr. in the third installment of Barbershop film series, Barbershop: The Next Cut. 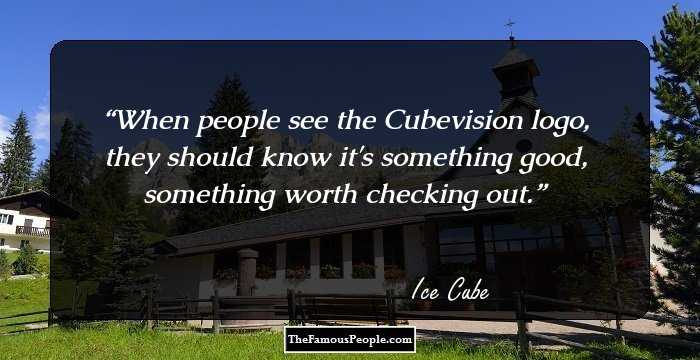 His first solo album AmeriKKKa's Most Wanted was a hit, and peaked at number six on the US Top R&B/Hip Hop Albums chart. In 2007, this album was listed by The Guardian as one of the 1000 Albums to Hear Before You Die.

His second album Death Certificate peaked at number two on Billboard 200. It also reached the number one position on Top R&B/Hip-Hop Albums chart. In 2005, the album was ranked eighth on MTV’s list of Greatest Hip-Hop Albums of All Time.

In 1992, Ice Cube received the Chicago Film Critics Association Award under the Most Promising Actor category for the film Boyz n the Hood.

In 2006, he was honored at VH1’s Annual Hip Hop Honors ceremony. 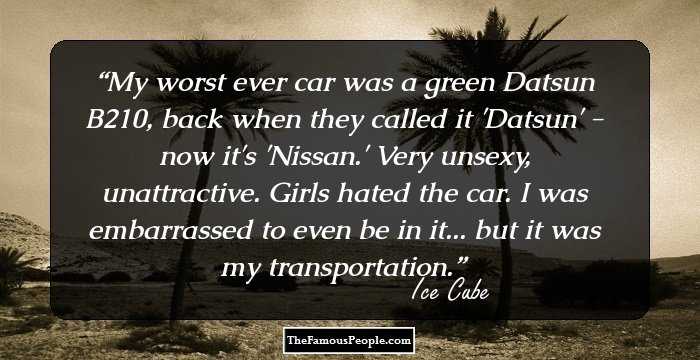 In 1992, he married Kimberly Woodruff and the couple has five children: Darrel, O'Shea, Shareef, Karima, and Deja.

This famous American hip hop artist and actor converted to Islam in the 1990s.

See the events in life of Ice Cube in Chronological Order