Oliver Jackson-Cohen is a popular English actor who has worked in both films and TV series. After graduating from high school, Oliver decided to pursue acting and started off by working with Youngblood Theatre Company. Soon enough, he recognized his passion and applied to the prestigious Lee Strasberg Acting School and studied theatre and acting professionally. After several auditions and minor theatre roles, he landed his break with the TV series ‘The Time of Your Life,’ in 2007 and later landed a recurring role in the BBC mini-series ‘Lark Rise to Candleford’. With these big-screen appearances, Jackson-Cohen made his mark felt and thereafter appeared in a diverse array of roles in both TV series and big-budget films. His most popular appearances include the movies ‘Going the Distance’, ‘Faster’, and ‘The Healer’. His recurring appearances in series such as ‘The Secret River’ and ‘The Haunting of the Hill House’ have also been widely appreciated by critics. His role in ‘The Secret River’ fetched him a nomination for the Best Lead Actor in a Television Drama at AACTA Awards. 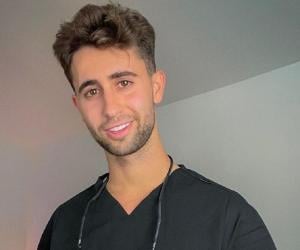 British People
Models
British Men
Tall Celebrities
Tall Male Celebrities
Career
Born into a family that already worked in the entertainment industry, Oliver Jackson-Cohen developed a liking for acting, when he was as a child. Despite being advised to pursue acting only as a hobby, he started attending various auditions and attended Youngblood Theatre Company during his weekends. He also secured a seat at the reputed Lee Strasberg Acting School in New York. After this, he landed his initial roles and soon began working his way up the ladder. He received his first big role with the ITV series ‘The Time of Your Life’ in 2007, where he portrayed the role of Marcus in an episode. Within a year, he was billed as a recurring character in the BBC adaptation of ‘Lark Rise to Candleford’ in 2008. He played the role of Phillip White and was seen in eight episodes of the series. In the same year, he also appeared in an episode of the mini-series ‘The Bonekickers’ as Colm. After a brief break for a year, Jackson-Cohen was next seen in the comedy drama ‘Going the Distance’ alongside Justin Long and Drew Barrymore and the action thriller ‘Faster’ alongside Dwayne Johnson, Billy Bob Thornton, and Maggie Grace in 2010. However, he was limited to playing supporting characters in these films.
In 2011, he starred as Prince William in the comedy series ‘Will & Kate: Before Happily Ever After’ alongside Allison Williams. Later in the year, he was seen in the comedy romance ‘What's Your Number?’ In 2012, he played the role of John Cantrell in the period drama ‘The Raven’. Next, he started in the mini-series ‘World Without End’ opposite Cynthia Nixon, where he played the role of Ralph in eight episodes. The history drama clicked well with the audience and the critics appreciated it, too.
In 2013, he was cast as Roddy Temple in six episodes of the drama TV series ‘Mr Selfridge.’ Towards the end of the year, he was seen as the journalist Jonathan Harker in the NBC series ‘Dracula’ in ten episodes. His only appearance in 2014 was as James, Duke of York in the mini-series ‘The Great Fire’. However, the series performed poorly and was panned by many. In the next year, he was seen in the ABC mini-series ‘The Secret River’, which was an adaptation of Kate Grenville’s novel, as William Thornhill. Jackson-Cohen played the lead role in the series and was appreciated by many for his natural performance.
In 2016, he was seen on the big screen only once. He played the role of Misha in the Shamim Sarif in the movie ‘Despite the Falling Snow’, where he starred alongside Rebecca Ferguson, Charles Dance, and Antje Traue. Despite the popularity of the movie, it wasn’t well received by the critics. He began 2017 with a lead role as Alec Bailey in the comedy drama ‘The Healer’, directed by Paco Arango. Next, he was cast in a leading role as Lucas in the adventure fantasy series ‘Emerald City,’ which was well rated by the critics. At the end of the year, he played the role of Michael Berryman in ‘Man in an Orange Shirt’, a drama mini-series’ of two episodes. He was recently seen in the role of Luke Crain in the adaptation of ‘The Haunting of Hill House’, a drama horror mystery series, in 2018. He played a recurring character for over ten episodes.
You May Like

Male Models
Scorpio Models
Briton Models
Scorpio Actors
Continue Reading Below
Family & Personal Life
Oliver Mansour Jackson-Cohen was born on 24 October, 1986 in Westminster, London, England to Betty Jackson and David Cohen. His mother, Betty, is a famous costume designer who has been a part of the entertainment industry for many years. Oliver studied at the Lycée Français Charles de Gaulle in London and continues to speak with a slight French accent even today. He is currently in a relationship with his co-star from ‘Dracula’, Jessica De Gouw, and they have been together since 2013.
Recommended Lists: