Advanced Search
Noah Urrea is an American actor and singer best known for playing Bailey McCoy in the 2013 comedy-drama film, ‘A Madea Christmas,’ which also starred Tyler Perry and Tika Sumpter among others. He won the ‘Best Young Actor Award’ for his role in a short film titled ‘Eleven.’ Noah has also appeared in various television series, such as ‘The Kicks,’ ‘Childrens Hospital,’ and ‘The Fosters.’ Apart from being a good actor, Noah is also an amazing singer. After flaunting his singing skills in a couple of feature films, he went on to release an extended play (EP) titled ‘Always.’ He has supported many charity organizations like the ‘Los Angeles Mission,’ and ‘End Malaria Now.’ He’s also been part of the annual concert ‘Rockin a Cure,’ which is held to support people battling a genetic disorder named ‘cystic fibrosis.’ Aidan Gallagher
31st March In History
DID WE MISS SOMEONE?
CLICK HERE AND TELL US
WE'LL MAKE SURE
THEY'RE HERE A.S.A.P
Quick Facts

American People
California Actors
Aries Actors
American Actors
Actors Who Are In Their 20s
Childhood & Early Life
Noah Urrea was born on March 31, 2001, in Orange, California. At the age of eight, he saw his sister perform in a local theatre, and by the end of his sister’s performance, Noah had decided to pursue a career in acting and music. Two years later, Noah was presented with an opportunity to act in Blake Shelton’s music video ‘Honey Bee,’ which was released in 2011. The music video went on to become successful, gathering more than 45 million views on YouTube alone. In 2012, Noah was selected to be a part of Nickelodeon’s ‘The Groundlings.’ Being a part of ‘The Groundlings,’ Noah developed interest towards improvisational and sketch comedy.
Recommended Lists:

American Film & Theater Personalities
Aries Men
Continue Reading Below
Acting & Singing Career
In 2013, Noah made his feature film debut appearing alongside Tyler Perry, Tika Sumpter, and Anna Maria Horsford in Tyler’s comedy-drama film ‘A Madea Christmas.’ Though the film was panned by the critics, it did manage to do reasonably well at the box office. Apart from acting in the film, Noah also gave his voice to several songs for the film’s album. In 2014, Noah appeared as Ryan Wade in a musical drama film ‘The Identical.’ In this film too, Noah exhibited his singing skills. In the same year, he was also seen in a short film titled ‘Eleven.’ Noah’s acting skills in the film received appreciation by the critics as he was honored with ‘Best Young Actor Award’ at ‘Action On Film Festival.’
As a musician, Noah has worked with several mainstream producers. He released his EP titled ‘Always’ on March 24, 2017. The album has songs like ‘One More Try,’ ‘Holding On,’ ‘Is It Cool,’ and ‘Girl Like You.’ He has also performed live at various venues across the United States. Some of the venues where Noah has displayed his musical skills include ‘House of Blues Boston,’ ‘Troubadour,’ and ‘The Mint.’ Noah has also performed at various charity concerts.
Television Career
Along with appearing in feature and short films, Noah has also acted in various TV series. He started his television career by acting in series, such as ‘The Kicks’ and ‘Gortimer Gibbon’s Life on Normal Street.’ He was then seen in Nickelodeon’s teen sitcom, ‘Sam & Cat,’ and then in ‘See Dad Run,’ which was premiered on ‘Nick at Nite.’ Thereafter, he appeared in popular television dramas like ‘Childrens Hospital,’ ‘The Fosters,’ ‘Like a Girl,’ and ‘Twang.’
Personal Life
Noah Urrea has a strong social media presence with thousands of followers across several platforms. On Instagram, Noah has more than 159,000 followers. On Twitter, he has more over 18,000 followers. He also has a self-titled YouTube channel.
Noah takes his music seriously. In fact, he had mentioned in one of his interviews that he would choose music over acting if he needs to. He considers musician Flea as his biggest role model.
Noah has supported many charity organizations, including the ‘Los Angeles Mission,’ ‘End Malaria Now,’ and ‘Goodwill Industries International Inc.’ 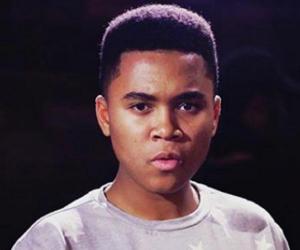