Advanced Search
Nico, born as Christa Päffgen, was a German actress, model, singer, songwriter and musician. She was known for her roles in numerous films, including Andy Warhol's ‘Chelsea Girls’ and Federico Fellini's ‘La Dolce Vita.’ Considered as one of the most charming figures of her era, the German beauty was also known for her romantic links with numerous men. Born in Nazi-controlled Germany, Nico was raised by her mother after her father's tragic and untimely death. In 1946, she moved to Berlin with her family and by the age of 15, she had started work as a model in a local fashion house. Assignments took her to Ibiza and Italy where Nico began her acting career, with roles in ‘Por primera vez’ and ‘La Tempesta.’ She later embarked on her music career, initially recording for Andrew Loog Oldham. She soon began her solo career, singing folk-rock-flavored tracks for her debut ‘Chelsea Girl’ album and eventually began writing her own songs. In her personal life, Nico suffered great tragedies. At the age of 15, she was raped by a sergeant while serving as a temp for the U.S. Air Force and later became a heroin addict. She led a nomadic life, residing in different countries including Germany, Spain, France, Italy, and USA. The final years of Nico’s life were mainly spent in Greater Manchester. Florence Kasumba
DID WE MISS SOMEONE?
CLICK HERE AND TELL US
WE'LL MAKE SURE
THEY'RE HERE A.S.A.P
Quick Facts

German Celebrities
Rock Singers
Lyricists & Songwriters
German Women
Libra Singers
Childhood & Early Life
Nico was born as Christa Päffgen on 16 October 1938 in Cologne, Germany. At the age of two, she, along with her mother and grandfather, moved to the Spreewald forest outside of Berlin so as to escape the World War II.
Her father, Wilhelm, a soldier during the war, sustained head injuries and ended his life in a psychiatric institution as per some sources. However, according to other sources, he died in a concentration camp.
In 1946, Nico and her mother moved to downtown Berlin, where her mother worked as a seamstress. She attended school until the age of 13 and then she started selling lingerie in a department store. She eventually began modelling. At the age of 15, she was raped by an American sergeant while working for the U.S. Air Force.
Continue Reading Below
Recommended Lists:

Women Singers
Libra Musicians
Libra Actresses
German Singers
Career
At the age of 16, Nico was discovered by photographer Herbert Tobias during a fashion show in Berlin. Soon she moved to Paris and started working for ‘Tempo,’ ‘Vogue,’ ‘Vie Nuove,’ ‘Elle,’ ‘Mascotte Spettacolo’ and other fashion magazines.
She also caught the attention of Coco Chanel and was invited by the company to promote their products. However, Nico abandoned the job and fled to New York City.
After featuring in numerous TV advertisements, she landed a minor role in Alberto Lattuada's flick ‘La Tempesta,’ which released in 1958. Later that year, she also starred in Rudolph Maté's ‘For the First Time’ alongside Mario Lanza.
In 1959, she was cast in a minor role in Federico Fellini's film ‘La Dolce Vita.’ She then got a role in the 1961 French-Italian crime-thriller ‘A Man Named Rocca’. Nico was featured as the cover model on pianist Bill Evans' album ‘Moon Beams’.
The German beauty gave her breakthrough acting performance as a lead in Jacques Poitrenaud's 1963 film ‘Strip-Tease’. That year, she also started her career as a singer, performing at New York's Blue Angel nightclub.
She collaborated with Rolling Stones guitarist Brian Jones for her debut single, "I'm Not Sayin”. She next joined hands with Bob Dylan and recorded "I'll Keep It with Mine" for her debut solo album ‘Chelsea Girl’.
Nico started working with Paul Morrissey and Andy Warhol on their experimental movies including ‘Chelsea Girls’ and ‘Imitation of Christ,’ which were released in 1966 and 1967, respectively.
She formed the band the Velvet Underground, a quartet consisting of violist/bassist/ keyboardist John Cale, drummer Maureen Tucker, guitarist Sterling Morrison and singer/songwriter Lou Reed. Nico recorded three songs "All Tomorrow's Parties", "Femme Fatale" and "I'll Be Your Mirror” for the band's first studio album, ‘The Velvet Underground & Nico’ which was released in 1967.
In the 1960s, she began performing frequently at The Dom in New York City. Also in 1967, she released her debut album ‘Chelsea Girl’ which featured the hits "These Days", "Chelsea Girls" and "I'll Keep It with Mine". Nico also co-wrote the album’s song "It Was a Pleasure Then”.
Continue Reading Below
She came up with another album titled ‘The Marble Index’. Released in 1969, it featured a number of songs, including "Prelude", "No One Is There", "Facing the Wind", "Frozen Warnings," and "Evening of Light”.
Nico returning to the stage in the early 1970s, giving live performances across Amsterdam, London, and Paris. She released the albums, ‘Desertshore’ and ‘The End…,’ in 1970 and 1974, respectively.
On 13 December 1974, she opened for Tangerine Dream's concert at Reims Cathedral in France. Around this time, she also collaborated with Berliner musician Lutz Ulbrich and performed at many concerts with him.
In the 1970s, she made numerous films with French director Philippe Garrel. She initially acted in his movie ‘La Cicatrice Intérieure’ and later starred in ‘Anathor’, ‘Les Hautes Solitudes’, ‘Un ange passe’ and ‘Le Berceau de cristal’.
She made a vocal contribution to ‘Vuelo Químico,’ Neuronium's second album. Nico then returned to New York and performed at her comeback concert at CBGB. She then started began performing frequently at the Squat Theatre and numerous other venues.
She recorded her next studio album titled ‘Drama of Exile’ in 1981 which was later released in two different versions separately. During this time, she also recorded covers of David Bowie's "Heroes" and Velvet Underground's hit track "I'm Waiting for the Man”.
In 1981, Nico released the single "Saeta"/"Vegas" on Flicknife Records. This was followed by the single "Procession" which featured The Invisible Girls.
She toured with her post-punk band Blue Orchids in 1982. The live compilations ‘En Personne En Europe’ and ‘1982 Tour Diary’ were released in November that year.
Her final solo album titled ‘Camera Obscura’ was recorded in 1985. A duet titled "Your Kisses Burn" with Marc Almond was Nico’s last studio recording. It was released a few months following her death. The song was featured on Almond's studio album ‘The Stars We Are’.
Recommended Lists:

Female Rock Singers
German Rock Singers
German Female Singers
German Female Musicians
Family & Personal Life
At one point, Nico had an affair with actor Alain Delon. Their relationship resulted in a son named Christian Aaron Boulogne. Delon denied Christian’s paternity and Nico wasn’t capable of raising him, so he was eventually raised by Delon's parents.
She dated Philippe Garrel in the 1970s. She lived with punk poet John Cooper Clarke for a few months though they were not a couple.
The German beauty was a heroin addict for more than fifteen years; she even introduced her son to drug usage. However, shortly before her death, she had stopped using heroin.
On 18 July 1988, during a vacation in Ibiza, Nico died of heart attack while riding a bicycle. After her death, a number of tributes were organized in her memory by many artists including Patti Smith.
Two of Nico's hits from ‘Chelsea Girl,’ "These Days", and “The Fairest of the Seasons" were featured in Wes Anderson's flick ‘The Royal Tenenbaums.’
Several biographical works on the German artist have been made till date. It includes the 1992 book by James Young, “Songs They Never Play on the Radio,” and the 1993 book “Nico: The Life and Lies of an Icon” that covered Nico's entire life and career.
Recommended Lists:

See the events in life of Nico in Chronological Order 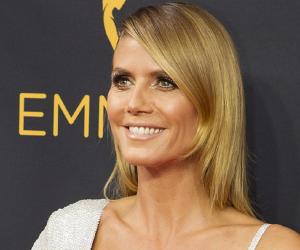 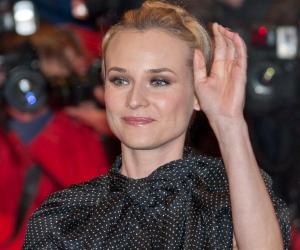 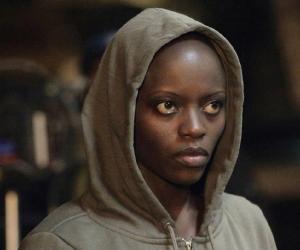