Mohamed Al-Fayed is an Egyptian business magnate who owns The Hotel Ritz, a grand palatial hotel in the heart of Paris. The hotel which is ranked highly among the most prestigious and luxurious hotels in the world, was acquired by him in 1979. He was also the former owner of the Harrods Department Store, an upmarket department store located on the Brompton Road in Knightsbridge which he eventually sold to Qatar Holdings in 2010. An astute businessman with business holdings all over the world, he started displaying his entrepreneurial abilities while still at school when he started selling home-made lemonade. As a young man he married the sister of a powerful businessman, and eventually set up his own ventures with the influence of his brother-in-law. Even though his marriage did not last long, he was able to establish himself as a successful businessman by way of this union. He founded a shipping company in Egypt along with his brothers, and soon expanded its operations to Italy and England. He formed connections with other international business magnates and acquired ownership of several successful businesses from all over the world. He is also a philanthropist who set up the Al-Fayed Charitable Foundation in order to support children with life-limiting illnesses and those from underprivileged backgrounds.
Continue Reading Below 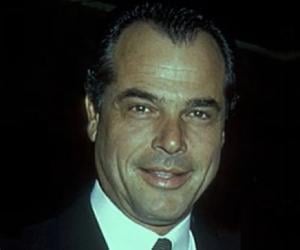 Egyptian People
Aquarius Entrepreneurs
Egyptian Business People
Aquarius Men
Childhood & Early Life
He was born as Mohamed Abdel Moneim Fayed on 17 January 1929 in Alexandria, Egypt, as the eldest son of a primary school teacher. He has four younger siblings: two brothers and two sisters.
His interest in business was apparent from a young age. As a school boy he started selling home-made lemonade, and eventually tried his hand at some other jobs too.
Continue Reading Below
You May Like

The Hottest Male Celebrities With The Best Abs
Career
His brother-in-law Adnan Khashoggi, an international businessman, employed him in his import-export business in Saudi Arabia in 1954. This gave the young Mohamed exposure to the global business scenario.
He collaborated with his brothers to form a shipping company in Egypt. After a few years he moved the company headquarters to Italy and set up additional offices in London.
During the 1960s he built good connections with prominent businessmen and powerful individuals from all over the world, including François Duvalier, the President of Haiti, and geologist George de Mohrenschildt.
He also met the ruler of Dubai, Sheikh Rashid al Makhtoum, who believed that Fayed could help in transforming Dubai and entrusted him with the responsibility. He became a financial adviser to the then Sultan of Brunei Omar Ali Saifuddien III, in 1966 and introduced British companies to the Emirates to carry out the required construction works for the country’s development.
He moved to Britain in 1974 and added the “al” to his name. Over the 1970s he focused on acquiring several profitable businesses, including the Ritz Hotel in Paris in 1979 for US $30 million. The hotel’s image was on a gradual decline when he purchased it. He restored it to its past glory within a few years and today it is considered one of "The Leading Hotels of the World"
Al-Fayed and his brothers purchased a 30 percent stake in House of Fraser, a group that included the famous London store Harrods, in 1984. The next year the brothers bought the remaining 70 percent of the House of Fraser, angering Roland Rowland, the head of Lonrho, the holding company that controlled Harrods department store and had planned to purchase the House of Fraser.
Rowland pressurized the UK government to investigate the Fayed brothers, and a Department of Trade and Industry (DTI) inquiry into the Fayeds was launched. Eventually Al-Fayed proved his solvency though he was still viewed with suspicion.
He signed a 50-year lease on the Parisian villa of the duke and duchess of Windsor in 1986, and immediately began restoration work on it. The villa was formally re-opened in 1989, following which he received the Plaque de Paris, the city’s highest honour.
Al-Fayed bought the freehold of West London professional football club Fulham F.C in 1997 for £6.25 million. Years later, he sold the club to American businessman Shahid Khan in 2013.
He sold Harrods to Qatar Holdings, the sovereign wealth fund of the emirate of Qatar, for £1.5 billion in 2010.
Awards & Achievements
He was awarded the "Freedom of the Highlands" in 2002 by The Highlands of Scotland tourist board, in recognition of his "outstanding contribution and commitment to the highlands."
Personal Life & Legacy
In 1954 he married Samira Khashoggi, the sister of a very successful international businessman, Adnan Khashoggi. This marriage lasted for only two years though it resulted in the birth of a son.
He married Finnish socialite and former model Heini Wathén in 1985. The couple has four children.
He established the Al-Fayed Charitable Foundation in 1987 with the aim of helping sick and poor children. The foundation is involved with charities that work with disabled and neglected children in the UK, Thailand, and Mongolia.
His eldest son from his first marriage, Dodi Fayed, died in a car crash in 1997. Dodi was romantically involved with Diana, Princess of Wales, and the two were traveling together when their car crashed killing them both.
You May Like