One of the most legendary and celebrated female music artists in the world, Missy Elliott is a five-time Grammy Award winner and the only female artist to have six of her albums platinum certified. After achieving a path breaking record sales of over seven million in the United States alone, Elliott accomplished the unexpected in the male dominated world of rap music. This impeccably determined woman has made her mark in the world of hip-hop, a feat that is in every way a phenomenal one. Just as strong-willed, hard-working and persistent that she is today, her childhood was far from rosy. In fact, it was filled with bad incidents and episodes of domestic violence that her mother had to endure from her father. However, young Elliott did not give up on her passion for singing. In her teenage years, she became a part of the vocal band and rest as they say is history. Right from her first album, she achieved the superstar status and with her constant effort and sensational musical capabilities, zoomed to acquire the top spot in the music industry. Some of her well-known albums include, ‘Under Construction’, ‘Respect M.E.’ ‘Miss E… So Addictive’ and ‘The Cookbook’.
Continue Reading Below American People
Lyricists & Songwriters
American Women
Virginia Musicians
Cancer Rappers
Childhood & Early Life:
Melissa Arnette ‘Missy’ Elliott was born on July 1, 1971 in Portsmouth, Virginia, to Ronnie Elliottt, a U.S marine officer and Patricia Elliottt, who worked as a coordinator at a power company.
Ever since a child, she wanted to become a performer, but no one paid attention to her.
As a child, her father’s anger and violent behaviour towards her mother affected her deeply. By the time she turned fourteen, she and her mother left her father’s home. 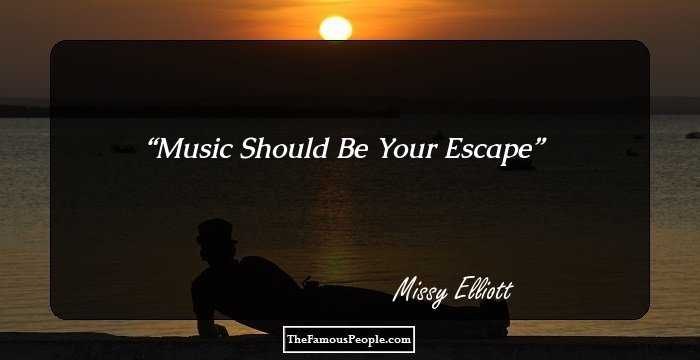 The Hottest Male Celebrities With The Best Abs
Career
She took her first step in the world of music by forming the R&B group, Fayze along with her friends. The group came up with numerous demo tracks including the promo, ‘First Move’.
It was in 1991 that she caught the attention of Jodeci member and producer, DeVante for whom she sang backstage during the Jodeci concert. Impressed by the performance, DeVante assisted her to relocate to New York, where Fayze signed with Elektra Records. The group comprising of Elliott, Timbaland and Barcliff was christened with a new name, Sista.
In New York, she indulged in multiple tasks. While she wrote and rapped for Raven-Symoné's 1993 debut single, ‘That's What Little Girls Are Made Of’, she contributed as a songwriter for Jodeci’s last two albums ‘Diary of a Mad Band’ and ‘The Show, the After Party, the Hotel’.
Together with her friends, she came up with the debut Sista album, ‘4 All the Sistas Around Da World’. However, the album was never released. Nevertheless, one of its songs, ‘It’s Alright’ was featured in the 1995 movie, ‘Dangerous Minds’.
Along with Timbaland, she worked as a producer and songwriter for various singing sensations, including Aaliyah, Nicole Wray, Destiny's Child and so on. They created numerous hits together such as ‘If Your Girl Only Knew’, ‘One in a Million’, ‘What About Us?’, ‘Get on the Bus’ and so on.
Simultaneously, she began her solo career as a rapper in several albums of prominent singers such as Sean ‘Puffy’ Combs's Bad Boy remixes, Gina Thompson's ‘The Things That You Do’, MC Lyte's ‘Cold Rock a Party’
She then signed a deal with East West Records to create her own debut album. Timbaland was appointed as her production partner, a role he retained for almost all her solo releases in her career.
Amidst several guest appearances and rapping for other singing sensations, she released her debut album ‘Supa Dupa Fly’ in 1997. The album was a raving success and peaked on the U.S music charts eventually achieving platinum certification. It gave her an instant recognition as a female rapper in the music industry.
Meanwhile, despite the perfect debut launch, she continued to work as a producer and songwriter for other artists, coming up with several chartbusters such as Total’s ‘Trippin’, Whitney Houston's ‘In My Business’ and ‘Oh Yes’ and Melanie Brown's ‘”I Want you Back’.
Continue Reading Below
In 1999, she came out with her second studio album titled, ‘Da Real World’, which replicated the success of its predecessor. The album sold about 3 million copies and included hit singles, such as ‘She's a Bitch’, ‘All N My Grill’ and ‘Hot Boyz’.
In May 2001, her third studio album, ‘Miss E… So Addictive’ was released. The album included chart-topping singles such as ‘One Minute Man’, ‘Get Ur Freak On’ and ‘4 My People’. It received positive reviews from music critics and was certified platinum.
Her exceptional skills at song-writing and rapping was applauded when Tweet’s debut single, ‘Oops (Oh My)’ was released. The song hit the top ten spot at the charts and was critically acclaimed.
Released in 2002, her fourth album, ‘Under Construction’ earned her worldwide acclaim. The album focussed on old school sound and came up with hit singles, including ‘Work It’, ‘Gossip Folks’. It became the best-selling female rap album ever with 2.1 million copies sold in the United States and is her most successful album till date
In 2003, she released her fifth studio album, ‘This Is Not a Test!’. Though its singles, ‘Pass That Dutch’ and ‘I'm Really Hot were very well received, the album was not exceptionally well received as her earlier albums.
Year 2005 witnessed the release of her sixth studio album, ‘The Cookbook’. The album debuted at number 2 on the US charts. Its singles earned a positive review from both the public and the critics
In 2006, she came out with her compilation album, ‘Respect M.E.’, which was released by the Atlantic Records label. The album contained a collection of singles from six of her previously released albums.
In 2010, she went on a massive two-part tour to various parts of Europe, Australia, Asia and Africa. In June that year she also performed at the H1's 'Hip Hop Honors: The Dirty South'
In 2012, he released two exclusive singles for i-Tunes. The singles were, ‘9th Inning’ and ‘Triple Threat’. Timberland appeared in two snippets of the single, ‘Triple Threat’.
Continue Reading Below
In 2013, she directed Sharaya J's latest music video, ‘Smash Up the Place/Snatch Yo Wigs,’ which became her first direction since ‘Ching-a-Ling’.
Major Works
Her album, ‘Under Construction’ is one of her bestselling albums that peaked at the number three position on the U.S. Billboard 200. The album also earned a Grammy Award nomination.
Her compilation album, ‘Respect M.E.’ is her highest charting album and her second top ten albums in the United Kingdom. This was one of her first greatest hits album.
Awards & Achievements
In 2002, she received the Grammy Award for the category of ‘Best Pop Collaboration With Vocals’ for’ Lady Marmalade’. The same year, she received yet another Grammy Award in the category of ‘Best Rap Solo Performance for ‘Get Your Freak On’.
In 2003, she received the Grammy Award for the category of ‘Best Female Rap Solo Performance’ for ‘Scream aka Itchin’.
In 2004, she received the Grammy Award for the category of ‘Best Female Rap Solo Performance’ for ‘Work It’.
In 2006, received the Grammy Award for the category of ‘Best Short Form Music Video’ for ‘Lose Control’.
Personal Life & Legacy
She suffers from a hyperthyroid disorder called Graves' disease.
Trivia
This five times Grammy award winner is a famous American female rapper and songwriter. Additionally, she is the only female rapper to have six of her albums certified platinum, including one double platinum.

See the events in life of Missy Elliott in Chronological Order