Zenzile Miriam Makeba was a famous South African musician, actor and a keen civil rights activist, who was named United Nations Goodwill Ambassador. Also known by her nickname Mama Africa, she is the person who took African traditional music sounds to the world stage and performed in many countries around the globe, achieving magnum success while. She was strongly against white supremacy which was very much apparent in South Africa during 60s and 70s and spoke in favour of the anti-apartheid movements all through her life, until things got a lot better in the 90s. Finding her musical voice while going through a very rough childhood wasn’t easy but Miriam showed traits of a true artist. She grew out of her disabilities and her ‘no excuses’ attitude placed her among the best musicians to come out of Africa. She bagged a Grammy award for her album ‘An Evening With Belafonte/Makeba’ and is regularly credited with making afro-pop a thing to look out for in America, which basically is a music form that combines African Zulu with modern music sounds. 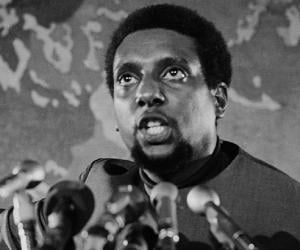 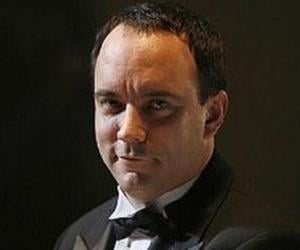 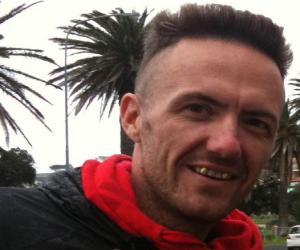 South African Celebrities
Black Singers
Black Musicians
Black Activists
Civil Rights Activists
Childhood & Early Life
Miriam Makeba was born on 4th March, 1932, in a poor black household in Johannesburg,South Africa, to a domestic worker mother and a Xhosa teacher father, who died when Miriam was just six-year-old. Miriam had a very tough life ever since she was conceived as just a few days after her birth, her mother got arrested for the possession of a beer which was illegal to sell and produce in south Africa. As a result, Miriam had to spend first six months of her life in Jail with her mother.
Miriam attended a Methodist school as a kid in her hometown and started singing in the choir, sowing the seeds of a future which was filled with music in its every pore. As she grew up, she started singing in English as well along with traditional African Xhosa, Zulu and Sotho. When her father died, Miriam, despite being a small child, had to work to survive. Their family with six children depended on her mother and Miriam for their needs. Miriam, as a teenager got married to a policeman, who was a narcissist and used to beat her up.
At the age of 18, Miriam was diagnosed with an aggressive form of breast cancer. Her mother, who also happened to be a traditional healer, cured her. Sometime later, Miriam found a new way to grow around her troubles and started working on her music.
Continue Reading Below
You May Like

The Most Popular US Veterans
Career
Miriam started her professional musical career making American song covers with the South African band 'The Cuban Brothers', but she got bored of it and at the age of 21, she found her calling in Jazz music. She partnered up with group 'The Manhattan Brothers' and the all women group named 'The Skylarks', which combined traditional African vocals with westernized jazz sounds. It clicked with music lovers on a deeper level and these two bands started getting mentioned as the trendsetters in local and to some extent, in western media.
Her first solo success arrived in the year 1956, under Gallotone Records, when Miriam recorded her very first solo album titled ‘Lovely Eyes’. The record got released in the United States and became the first ever South African album to make it to the Billboard 200 chart. During this time, the anti-apartheid movement in South Africa was starting to boil up and Miriam came out in full supported. She secretly appeared in a documentary film ‘Come Back, Africa’, the film which later won the top honour at the Venice film festival.
The film’s international success opened Miriam’s way for international acclaim and she got signed on to perform in the US and Europe. She landed in London in late 50’s and met Henry Belafonte, whom she regarded as her mentor. She released the song ‘Pata Pata’ which is still known among her most popular songs and put her in the class of best international musicians. She kept switching between London and New York during that time and got married briefly to an Indian man, but upon divorce, she moved to New York City to concentrate on making music.
In 1960, she wanted to come back to South Africa due to some personal purposes, but she wasn’t allowed, and then followed a three years exile. Miriam continued making music and wooing Americans with her musical skills and was being hailed as ‘the most exciting young musician’. Her songs ‘The Click Song’ and ‘Malaika’ became popular across the US for introducing Americans to the African sounds, which was a refreshing change.
Miriam’s popularity reached the then American president, John F. Kennedy, who claimed that he was a huge fan of the singer and invited her over to perform at his son’s birthday party in 1962. Three years later, she along with her mentor Belafonte, released a duo album titled ‘An Evening with Belafonte and Makeba’, which went on to receive the Grammy award for best folk album of the year in 1966. The duos ‘Train Song’ and ‘Cannon’ also received widespread love from around the country.
Her career took another major turn in mid 80s, when she came in touch with Paul Simon, a cult figure in American music scene. She embarked on a glorious ‘Graceland’ tour, which turned her life around and the European countries got officially introduced to the brilliant musician that Miriam was. The tour also gave her opportunity to be vocal about the apartheid movement back in South Africa and raise awareness about the cause.
Upon his release from the prison in early 1990s, Nelson Mandela invited Miriam back to South Africa. In June 1988, Miriam performed a concert in Wembley Stadium, London, in celebration of Nelson Mandela’s 70th birthday. In 1991, Miriam released ‘Eyes on Tomorrow’ in collaboration with Nina Simone, and embarked on a world tour to promote the album and in the subsequent years, she continued making music and doing concerts, with more fans in west than her native land.
Personal Life
Miriam Makeba got married for the first time in 1949 to James Kubay, a trainee policeman, with whom she gave birth to a child, Bongi Makeba. Kubay used to beat her up frequently so the marriage did not work and they separated after two years of marriage. Her second marriage took place in 1964, with musician Hugh Masekela, which also lasted two whole years.
She got married for a third time to Stokely Carmichael. He was a Trinidadian-American civil rights activist. The couple first moved to Guinea then Belgium, but the they divorced after 9 years.
Final Years
On 9th November 2008, Miriam bid her final goodbye to the world. She had been suffering from several illnesses and a heart attack finally turned out to be the cause of her death. She kept making music and spreading awareness about several causes among the African youth till her last breathe.

See the events in life of Miriam Makeba in Chronological Order 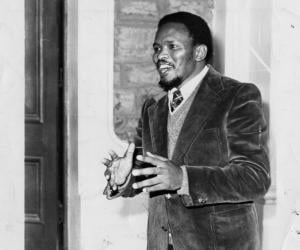 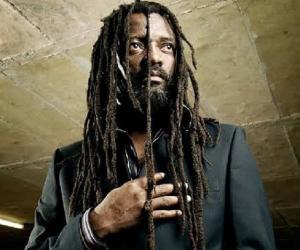 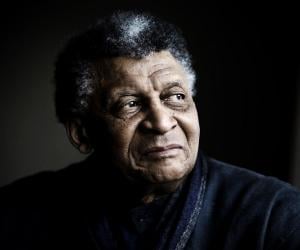