Advanced Search
Marie Mireille Enos is an actress from America known for her portrayal of Sarah Linden in the AMC crime-drama ‘The Killing’. A Missouri native, Enos graduated with a degree in performing arts from Brigham Young University. She made her screen debut in the telefilm ‘Without Consent’, portraying the role of Naomi. A few years later, she debuted on the big screen in the romantic comedy ‘Someone Like You’. She later played the recurring role of twin sisters JoDean Marquart and Kathy Marquart in HBO’s ‘Big Love’. In 2005, she portrayed the role of Honey in a Broadway production of ‘Who's Afraid of Virginia Woolf?’, earning a Tony nomination for her performance. She began portraying Sarah Linden in ‘The Killing’ in 2011, and it proved to be her breakout role. Since then, she has worked with Brad Pitt in ‘World War Z’ and Colin Firth and Reese Witherspoon in ‘Devil’s Knot’. 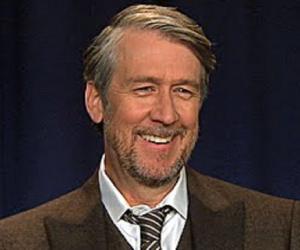 American People
Missouri Actresses
Brigham Young University
Virgo Actresses
American Actresses
Childhood & Early Life
Born on September 22, 1975, in Kansas City, Missouri, USA, Marie Mireille Enos is the fourth of five children of Monique and Jon Goree Enos. Her French mother was a teacher of her native language, while her American father once served on a Mission for the Church of Jesus Christ of Latter Day Saints.
Like Enos, all of her four siblings are involved in the arts industry in one way or another. She has two brothers, Jongiorgi and Raphael, and two sisters, Veronique and Ginger.
At the age of five, she relocated to Houston, Texas with her family. She was a student of the High School for the Performing and Visual Arts. She later attended Brigham Young University to study performing arts. While there, she received the Irene Ryan Acting Scholarship, which is awarded to the country's top collegiate actor. In 1997, she graduated from the BYU with a Bachelor’s of Arts degree.
Continue Reading Below
Career
Active in the industry since 1994, Mireille Enos experienced moderate success in the initial years of her professional career. She made her acting debut in the telefilm ‘Without Consent’ in 1994. Directed by Robert Iscove, the film revolves around a rebellious young girl who gets admitted to a private psychiatric centre for her behaviour.
In 1996, she appeared in yet another TV movie, ‘Face of Evil’. Her first cinematic role was as a yoga instructor in the 2001 romantic comedy ‘Someone Like You...’, which also had Ashley Judd, Greg Kinnear, and Hugh Jackman in its cast.
Throughout the 2000s, she made a number of guest appearances in TV shows like ‘The Education of Max Bickford’, ‘Strong Medicine’, ‘Rescue Me’, ‘Without a Trace’, ‘Standoff’, ‘Shark’, ‘Crossing Jordan’, ‘Numb3rs’, ‘Medium’, ‘CSI: Miami’, ‘Lie to Me’, and ‘Law & Order: Criminal Intent’.
She appeared in two short films during the 2000s, ‘Chasing Leonard’ (2005) and ‘Falling Objects’ (2006). She joined the cast of the HBO drama series ‘Big Love’ as the twin sisters JoDean Marquart and Kathy Marquart in season two. In 2010, she left the show. That year, she was also featured in the television documentary ‘American Experience’.
Her career trajectory shifted completely from 2010 onwards. She was cast as Sarah Linden, a detective in the Seattle Police Department, in the AMC series ‘The Killing’. Her critically acclaimed performance in the show led to other opportunities.
In 2013, she starred opposite Brad Pitt in the disaster film ‘World War Z’, which was both a critical and commercial hit. She then shared screen space with Colin Firth and Reese Witherspoon in the crime drama ‘Devil’s Knot’.
In the action thriller ‘Gangster’s Squad’, she portrayed the wife of Josh Brolin's character. The film also starred Sean Penn and Ryan Gosling.
She starred in the movie ‘Sabotage’ in 2014. Directed by David Ayer, the action drama film tells the story of an elite DEA task force whose members begin to get killed after they steal from a drug cartel. That year, she also starred in the mystery drama ‘The Captive’ and the fantasy romance ‘If I Stay’.
In 2017, she garnered widespread critical praise for her portrayal of Miranda Fall in the indie film ‘Never Here’. Between 2016 and 2017, she played one of the lead characters in the short-lived ABC series ‘The Catch’.
In 2019, she essayed the role of Marissa Wiegler in Amazon Video’s action drama web series ‘Hanna’. In the original 2011 film of the same name, Australian actress Cate Blanchett played the role. Enos is set to star as War, one of the Four Horsemen of Apocalypse, in the upcoming fantasy series ‘Good Omens’.
Major Work
Mireille Enos’ role in the TV series ‘The Killing’ became her breakthrough role. Adapted from the Danish television series ‘Forbrydelsen’ (The Crime), ‘The Killing’ aired on AMC from 2010 to 2014 before its cancellation. For her performance, Enos received both the Primetime Emmy and Golden Globe nominations.
Family & Personal Life
Mireille Enos exchanged wedding vows with actor Alan Ruck on January 4, 2008. Their oldest child, a daughter whom they named Vesper Vivianne Ruck, was born on September 23, 2010. The couple welcomed their son Larkin Zouey Ruck into the world on July 23, 2014.
Enos grew up in a family that adheres to the teachings of The Church of Jesus Christ of Latter Day Saints. However, she has now left the church.

See the events in life of Mireille Enos in Chronological Order