(Military Commander of the Minamoto Clan of Japan)

Advanced Search
Minamoto no Yoshitsune was a military leader who lived in the later years of the Heian Period (794–1185) and early years of the Kamakura period (1185-1333). A commander of the Minamoto clan, he is one of the greatest and most prolific warriors in the history of Japan, as well as one of the most popular samurai fighters. Serving under his half-brother Yoritomo, he orchestrated a number of victories for their clan, helping Yoritomo establish control over Japan. The ninth son of Minamoto no Yoshitomo, Yoshitsune grew up in the years following the Heiji Rebellion, in which his father and two oldest brothers perished. When he was about ten years old, he was given into the care of the monks of Kurama Temple where he spent some time. As he had no intention of becoming a monk, he left and ultimately joined Yoritomo. Yoshitsune played a crucial role in his half-brother’s rise to become the first shōgun of the Kamakura shogunate of Japan. However, the relationship later soured, and Yoshitsune sided with his uncle Minamoto no Yukiie against Yoritomo. According to some sources, he was forced to perform seppuku in June 1189, but others disagree, stating that he managed to escape his captors. Hiroo Onoda
DID WE MISS SOMEONE?
CLICK HERE AND TELL US
WE'LL MAKE SURE
THEY'RE HERE A.S.A.P
Quick Facts 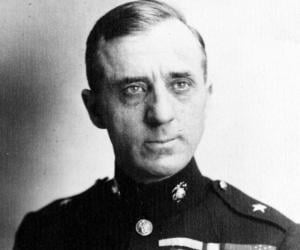