Mina Kimes is an American investigative journalist, sports reporter, senior writer, radio show host and television commentator who currently writes for 'ESPN The Magazine' and also appears on multiple television programs and Radio shows. She began her career with 'Fortune Small Business Magazine' in 2007 and won several awards and honors for writing about serious topics like arms exports and unauthorized drugs. She joined 'Bloomberg News' in 2013 and moved to ESPN the next year. She currently has a lot of roles at ESPN apart from writing; she is a regular panelist on 'Around the Horn', a co-host on 'The Morning Roast' on ESPN Radio, a guest on 'The Dan LeBatard Show with Stugotz' and 'Highly Questionable', a debater on 'First Take', a contributor to 'E:60' and also appears on programs such as 'Get Up'. In little more than a decade, she has won over a dozen prestigious awards including the 'Henry R. Luce Award' and the 'Front Page Award'. American People
Yale University
Women Journalists
American Journalists
Women Media Personalities
Rise to Stardom
Despite being known for her work as a sports reporter, Mina Kimes originally started her career as a business journalist. After completing her education, in 2007, she got her first job at 'Fortune Small Business Magazine', where she had worked as an intern before. She worked there for about six years and during her stint she became known for her investigative journalism on topics ranging from arms exports to tainted drugs, which earned her awards from the New York Press Club, the National Press Club, and the Asian American Journalists Association.
Notably in 2010, she wrote a piece titled 'Bad to the Bone' in which she exposed the unauthorized use of a bone cement to repair bone tissue, which killed patients. The piece was named among the business must-reads for 2012 by 'Columbia Journalism Review', and earned her the 'Henry R. Luce Award' the following year. Also in 2013, she joined 'Bloomberg News' as an investigative reporter and did profiles of business executives like Doug Oberhelman (in 'King Kat') and Eddie Lampert (in 'The Sun Tzu at Sears'), which earned her the 'Front Page Award' for business reporting.
Mina, who is proud to be a 'daddy's girl', became a fan of the Seattle Seahawks following her father, even though she had never lived in Seattle. She wrote an essay on her Tumblr account describing the bond she and her father had with the team. Interestingly, it is this essay that drew the attention of ESPN editors who recruited her, allowing her to turn "a passion into a career".
You May Like

American Female Journalists
American Media Personalities
American Female Media Personalities
Virgo Women
Continue Reading Below
Career At ESPN
Mina Kimes has been with ESPN for only about five years now, and she has already contributed extensively to 'ESPN The Magazine' as a writer, and to various podcasts and television shows as a radio host and commentator. She initially wrote articles on young sports superstars like University of Houston basketball player Devonta Pollard and Korean 'League of Legends' star Faker. She also did profiles of NFL players Aaron Rodgers, Darrelle Revis, Antonio Brown, and Michael and Martellus Bennett. She has been a regular panelist on 'Around the Horn', and has appeared on several ESPN programs including 'Highly Questionable', 'First Take', and 'The Dan LeBatard Show with Stugotz'.
In January 2017, along with Domonique Foxworth and Clinton Yates, she began co-hosting 'The Morning Roast' national weekend show ESPN Radio. During the 2018 NFL Draft, she contributed to the special ESPN live Twitter show 'On the Clock'. She also hosts 'The Mina Kimes Show' featuring her pet dog Lenny and co-hosts an after-show about the HBO series 'Big Little Lies' with Amanda Dobbins. She signed a multiyear extension with ESPN in September 2018, following which she debuted the NFL-themed podcast 'Bootleg with Mina Kimes'.
Family & Personal Life
Mina Mugil Kimes was born on September 8, 1985 in Omaha, Nebraska, United States. She has mixed ancestry and is of Korean descent from her mother's side. Her father was a captain in the Air Force. She began playing soccer when she was five years old. She lived in Arizona for some time in her teenage years, during which her father helped her learn driving. She liked watching games more than playing, and eventually stopped playing soccer after high school. She graduated summa cum laude from Yale University with a Bachelor of Arts degree in English. She has a pet dog named Lenny, named after Lenny Kravitz. She currently lives in Los Angeles.
Mina Kimes is married to longtime boyfriend Nick Sylvester, a record producer and CEO of the Los Angeles-based music label, GODMODE. They have been good friends and dated for several years before they tied the knot on November 24, 2014 at a private ceremony attended by family and friends. Her husband attended Harvard University and has a degree from Harvard Law School. 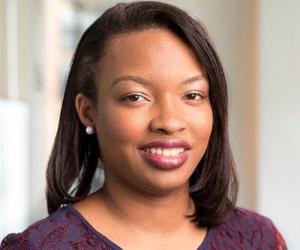