Michael C. Hall is an American actor who has acted in plays, television, and films. He is regarded as one of the most accomplished actors in Hollywood. Hall initially harbored ambitions of becoming a lawyer. However, he later realized that acting was his strongest suit, considering his ventures into plays and the choir during his school days; this is the reason why he enrolled in an elite acting school. Hall initially started working on plays at Off Broadway and Broadway in New York. Before long, he had become one of the most recognizable names in the theatre circuit. Following his exploits in Broadway, Hall was cast in the show ‘Six Feet Under,’ which won rave reviews from critics and viewers alike. A few years later, his role in the hugely popular Showtime series ‘Dexter’ catapulted him to the big league of television actors. He went on to win several awards for his role in ‘Dexter’ and also returned to the stage sporadically. Michael C. Hall has also acted in a few movies where he has found moderate success; but he is best known for his works in TV and theater. Michael Carlyle Hall was born on 1 February 1971, in Raleigh, North Carolina, USA, to William Carlyle Hall and Janice Hall. His mother Janice was a mental health professional who worked at the ‘Lees-McRae College,’ while his father was an IBM employee.

Michael C. Hall’s elder sister died during her infancy. He attended ‘Ravenscroft School’ in his home town of Raleigh and graduated from the school in 1989. It was during his time as a student at ‘Ravenscroft School’ that Hall got into acting. He was also part of the choir at school.

Hall joined a liberal arts college named ‘Earlham College,’ located in Richmond, Indiana, in 1989 and graduated in 1993. Hall had initially expressed desire to study law. However, he enrolled in the prestigious ‘Tisch School of the Arts’ at ‘New York University,’ graduating in 1996. 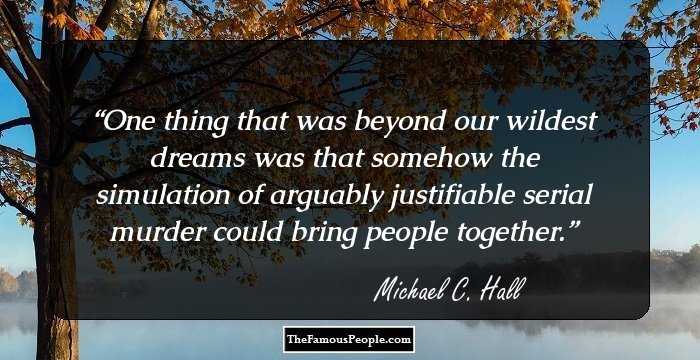 Michael C. Hall started off as a thespian in 1998 at the Off Broadway theatre located in New York and appeared in classics like ‘Macbeth.’ He also performed at ‘The Public Theatre’ in plays like ‘Henry V.’ In the very next year after his debut, Hall landed the opportunity to serve as an Emcee in the play ‘Cabaret.’ Before long, he had become a name to be reckoned with in the theatre community.

Following his success as a theatre actor, Michael C. Hall became one of the best known actors in New York. In the year 2001, Alan Ball cast him in his dark comedy series ‘Six Feet Under’ for HBO. The show became a huge hit and Hall’s performance as ‘David Fisher’ was widely regarded as one of the biggest highlights of the series. He worked on the show for the entire duration of five years. Two years after appearing in ‘Six Feet Under,’ Hall appeared in his first film titled ‘Paycheck.’

It was in the year 2006 that Michael C. Hall first appeared in the show ‘Dexter,’ in which he played the role of a pivotal character. His stupendous acting in the series for eight seasons made him one of the most loved actors in America. He won several awards for his role in ‘Dexter.’

Although Michael C. Hall has not acted in too many films in his career, he did return to the silver screen in 2009 with the science fiction thriller ‘Gamer.’ In 2011, he acted in ‘Peep World,’ a comedy film. In 2013, he appeared in the movie ‘Kill Your Darlings,’ which was screened at the ‘Sundance Film Festival.’

Hall returned to the stage after many years when he appeared in the play ‘The Realistic Joneses’ in 2014 at Broadway. In the same year, he also starred in the play ‘Hedwig and The Angry Inch.’ Hall’s lifelong devotion to theater hasn’t waned, even though he has successfully carved out a hugely successful TV career.

Hall starred as ‘Thomas Newton’ in the NYTW stage production of ‘Lazarus,’ created by David Bowie and Enda Walsh.

Hall was also seen as ‘Thom Pain’ in the Off-Broadway production of ‘Thom Pain,’ a one-man show written by Will Eno in 2018.

The following year, Hall starred as a fictionalized version of himself in the Broadway musical ‘Skittles Commercial: The Broadway Musical.’ The same year, he was cast as ‘Holt’ in the Netflix thriller film ‘In the Shadow of the Moon.’

Michael C. Hall has had a stellar career on stage. He also played pivotal characters in two of the most popular TV series of the 2000s, ‘Six Feet Under’ and ‘Dexter.’ Among these TV series, ‘Dexter’ is the most important project in Hall’s career simply because he was a far more evolved actor when he started with this show.

Michael C. Hall has been nominated for plenty of awards for his role in ‘Six Feet Under’ and ‘Dexter.’ He won the ‘Television Critics Award’ in 2007 for ‘Dexter.’ Three years later, he received the ‘Golden Globe Award’ for ‘Best Performance by an Actor in a TV Drama’ as well as the ‘Screen Actors Guild Award’ for ‘Outstanding Performance by a Male Actor.’

Michael C. Hall got married to actress Amy Spanger in the year 2002, but the marriage ended in a divorce in 2006.

In 2009, Michael C. Hall got married to his ‘Dexter’ co-actor Jennifer Carpenter, but the couple got divorced in 2011.

On February 29, 2016, Hall married Morgan Macgregor, an associate editor at the ‘Los Angeles Review of Books.’

See the events in life of Michael C. Hall in Chronological Order 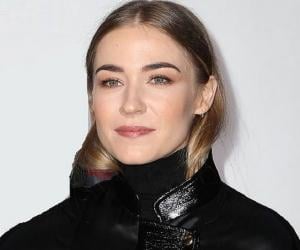