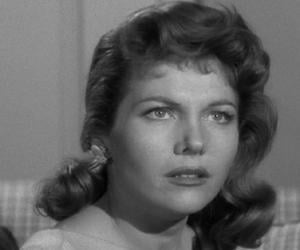 Chrishell Stause
Meredith Baxter is a well-known American actress and producer. Best known for her works on television, she has acted in important roles in TV series such as ‘Family’ and ‘Family Ties’. She has been nominated for the Emmy Awards five times in her career so far. She began her career with a guest role in the TV series ‘The Young Lawyers’. Soon, she played her first important role in the TV series ‘Bridgette Loves Bernie’. A few years later, her popularity grew after she played one of the main roles in the TV drama series ‘Family’. She has also acted in numerous films. Her important works on the big screen include a supporting role the political thriller ‘All the President’s Men’. The film told the story of how two journalists exposed the Watergate scandal which eventually led to the resignation of US President Richard Nixon. The film was nominated for several Oscars, out of which it won four. Other films she has appeared in include ‘Paradise, Texas’ and ‘Airline Disaster’. The latter starred her in the lead role. Other than acting, Baxter also co-hosted the NBC morning news and talk show ‘Today’ for some time. As a survivor of breast cancer, she has also created a skin-care line named Meredith Baxter Simple Works. It raises funds for her breast cancer research foundation. American Women
California Actresses
Gemini Actresses
American Actresses
Childhood & Early Life
Meredith Anne Baxter was born in South Pasadena, California on 21st June 1947 as the daughter of Whitney Blake, an actress and director, and Tom Baxter, a radio announcer. Her parents divorced in 1953, when she was still very young.
She and her two elder brothers, Richard and Brian, were raised by their mother. Her mother got married again to Allan Manings. Baxter studied at the James Monroe High School, and later at the Hollywood High School, from where she graduated in 1965.
Continue Reading Below
You May Like

Actresses Who Are In Their 70s
Women Film & Theater Personalities
American Film & Theater Personalities
American Female Film & Theater Personalities
Career
After playing guest roles in a few TV shows, such as ‘The Young Lawyers’ and ‘The Partridge Family’, Baxter found her first important role in 1972 in the situational comedy series ‘Bridgett Loves Bernie’. The same year, she also made her film debut with a minor role in the film ‘Stand Up and Be Counted’. She then appeared in the horror film ‘Ben’ in a supporting role.
In the ensuing years, she appeared in a few TV films, such as ‘The Invasion of Carol Enders’ and ‘The Stranger Who Looks Like Me’. She was also seen in shows like ‘Medical Story’ and ‘Police Woman’.
From 1976, she started gaining recognition for playing one of the main roles in the TV series ‘Family’. The show aired till 1980. Baxter earned two Emmy nominations for her role, both in the category of ‘Outstanding Supporting Actress in a Drama Series’.
In 1976, she played a supporting role in the political thriller ‘All the President’s Men’. The film, which won multiple Oscars, was directed by Alan J. Pakula. The film revolved around the Watergate Scandal, which was exposed by two journalists named Carl Bernstein and Bob Woodward, and how it eventually led to US President Richard Nixon’s resignation. It was based on a nonfiction book of the same name. The same year, Baxter also played a role in the romantic drama film ‘Bittersweet Love’.
Over the next few years, she appeared in several TV films, such as ‘The Family Man’ (1979), ‘Take Your Best Shot’ (1982), ‘Kate’s Secret’ (1986), ‘Burning Bridges’ (1990) and ‘Bump in the Night’ (1991). From 1982 to 1989, she also starred in the situational comedy series ‘Family Ties’, where she played the lead role. The show was a success and won several awards as well.
Though she has not been very active since the 1990s, she has continued to appear in several TV films, some of them being ‘One More Mountain’ (1994), ‘After Jimmy’ (1996), ‘Spin City’ (1997) and ‘Murder on the Orient Express’ (2001). Her works on the big screen include ‘Paradise Texas’ (2005), ‘The Onion Movie’ (2008), and ‘Airline Disaster’ (2010). More recently, she has played minor roles and recurring roles in TV series such as ‘Glee’, ‘The Young and the Restless’ and ‘Finding Carter’.
Recommended Lists:

Gemini Women
Major Works
‘All the President’s Men’, an American political thriller film, can be considered one of the most important works in Meredith Baxter’s career. The film, which was directed by Alan J. Pakula, was based on a nonfiction book of the same name. The movie was about the infamous Watergate Scandal and how two young journalists, Carl Bernstein and Bob Woodward, exposed it, eventually leading to the resignation of US President Richard Nixon. The film was a huge success commercially and also won four Oscars.
‘Family’ was a TV drama series where Baxter played one of the main roles. It also starred actors Sada Thompson, James Broderick, Gary Frank, Kristy McNichol and Elaine Heilveil. The series told the story of a middle-class couple with three children and it depicted a traditional family with realistic and believable characters. It aired from 1976 to 1980, covering five seasons. Baxter’s performance in the show earned her two Emmy nominations.
Awards & Achievements
Meredith Baxter earned two nominations for the Primetime Emmy Award in 1977 and 1978 for her role in the TV drama series ‘Family’. She earned her third Emmy nomination for her role in the TV movie ‘A Woman Scorned: The Betty Broderick Story’. Her next Emmy nomination came in 1994 for her role in ‘CBS Schoolbreak Special’. Her most recent nomination for the same award was for her guest role in the TV series ‘The Young and the Restless’ in 2015.
Personal Life
Meredith Baxter went through three unsuccessful marriages with men. The first one was in 1966, with Lewis Bush. They had two children. They divorced in 1971, after which she was married to David Birney from 1974 to 1989. They had three children. She then married actor and screenwriter Michael Blodgett in 1995, but once again, the marriage resulted in a divorce in 2000.
Later, she revealed that she realized she was lesbian and that is why her relationships with men never worked out. In 2013, she married Nancy Locke, a general contractor.
Baxter was diagnosed with breast cancer in 1999. She managed to fully recover after treatment.

See the events in life of Meredith Baxter in Chronological Order