Megan Mullally is a popular ‘Emmy’ award-winning American actress best known for her work in the TV series 'Will & Grace' where she played one of the main roles. The show was a huge success, winning a total of 18 ‘Emmys.’ Mullally was nominated for eight ‘Emmy Awards’ for her performance, out of which she won two. She was also nominated for four ‘Golden Globes’ for this role. She also played significant roles in series like 'Children’s Hospital' and 'Breaking In.' She also hosted a talk show named 'The Megan Mullally Show,' which was later canceled due to low ratings. In addition to her television roles, she has also appeared in numerous films. Her big screen performance includes her roles in films, such as 'Everything Put Together' and 'Why Him?' In 2017, she played a minor role in the comedy drama film 'Lemon.' In 2019, she played ‘Judy Toll’ in ‘Where'd You Go, Bernadette.’ Also an accomplished singer, Mullally is a member of the band ‘Supreme Music Program.’ 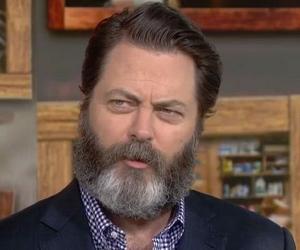 Megan Mullally was born on 12 November 1958, in Los Angeles, California, USA, to Martha and Carter Mullally. She developed an interest in ballet at an early age. She started performing ballet during high school, and also went to the ‘School of American Ballet’ in New York City.

She completed her high school from ‘Casady School,’ after which she attended ‘Northwestern University,’ located in Evanston, Illinois. She studied English Literature and Art History.

Megan Mullally moved to Los Angeles in 1985 where she initially appeared in commercials. She landed her first significant television role in the series ‘The Ellen Burstyn Show.’ The show was canceled after 13 episodes.

She gained prominence in 1998 after portraying one of the main roles in the American comedy series ‘Will & Grace.’ The show was a huge success and it earned Mullally several nominations at the ‘Emmy Awards.’ She won the award twice in 2000 and 2006. She was also nominated for multiple ‘Golden Globes.’ The show aired from 1998 to 2006. It was restarted in 2017.

In 2008, she started appearing in an important role in the series ‘Children’s Hospital.’ A satirical comedy, the show initially came out as a web-series, later making its debut on television. The show won four ‘Emmy Awards’ along with several other nominations.

She played major as well as minor roles in several TV shows over the next few years. Some of these TV shows are ‘Parks and Recreation,’ ‘Breaking In,’ and ‘Axe Cop.’ She then landed a significant role in the TV series ‘You, Me and the Apocalypse.’ She was also seen in several films, such as ‘The Kings of Summer’ (2013) where she played a supporting role.

‘Why Him?,’ a 2016 American comedy film, is one of her important works in her movie career. The film is about a father who tries to stop his daughter’s wedding with a millionaire. It was a huge commercial success, grossing more than twice its budget. Along with Mullally, other actors in the film were James Franco, Bryan Cranston, and Zoey Deutch.

In 2017, she starred in four movies, namely ‘Lemon,’ ‘Infinity Baby,’ ‘The Disaster Artist,’ and ‘Oh Lucy!’ Two years later, she was cast in ‘Where'd You Go, Bernadette.’

Mullally is part of a band named ‘Supreme Music Program.’ As of 2020, the band has released three albums, namely ‘The Sweetheart Break-In,’ ‘Big as a Berry,’ and ‘Free Again!’

The American comedy series ‘Will & Grace’ is undoubtedly the most successful and important work in Megan Mullally’s television career. Even though the show received criticism for its stereotypical portrayal of homosexual characters, it became hugely popular. It was nominated for a total of 83 ‘Emmy Awards,’ out of which it won 18. It aired from 1998 to 2006. It was restarted in September 2017. Other actors who starred in the show include Eric McCormack, Debra Messing, Sean Hayes, and Shelley Morrison.

Mullally played a supporting role in the 2002 American comedy film ‘Stealing Harvard.’ Directed by Bruce McCulloch, the film is about a man who has to resort to crime to pay for his niece’s tuition fees. Other actors in the film include Jason Lee, Tom Green, Leslie Mann, Dennis Farina, and Richard Jenkins.

She played an important role in the series ‘Children’s Hospital.’ It originally began as a web series, and was later aired on television. The story revolves around the staff of a children’s hospital. It starred actors like Rob Corddry, Malin Akerman, Lake Bell, Erinn Hayes, and Rob Huebel. The show was a success and was nominated for multiple ‘Emmys,’ out of which it won four.

Megan Mullally’s work in the TV series ‘Will & Grace’ earned her eight ‘Emmy’ nominations, out of which she won two for ‘Outstanding Supporting Actress in a Comedy Series.’ She also earned four ‘Golden Globe’ nominations for her performance in the show. She won four ‘Screen Actors Guild Awards’ as well.

She won a ‘Women in Film Lucy Award’ in 2005 for enhancing the perception of women through her work on television.

In 2003, Megan Mullally married actor Nick Offerman. She was previously married to talent agent Michael Katcher from 1992 to 1996.

See the events in life of Megan Mullally in Chronological Order