Advanced Search
Maximilian was a member of the Austrian house of Habsburg born to Ferdinand I and Anne of Bohemia and Hungary. He succeeded his father as the ruler of Holy Roman Empire. Between 1562 and 1563, he was crowned as the King of Germany, Bohemia, Hungary and Croatia. Outgoing and charismatic, Maximilian’s religious sympathies and adherence to humanism caused a lot of distress amongst nobilities who feared his conversion to Protestantism. Due to his religious tolerance, he was even threatened to be excluded from the line of succession. Furthermore, Maximilian’s religious ideologies put him at odds with Charles V’s son, Philip who was committed to defending Catholicism. Though Maximilian failed in his political pursuits, he successfully however created peace between Protestants and Roman Catholics. However, his effort in overcoming the denominational schism while approaching the Lutheran Imperial estates failed drastically. During his term of reign, he faced the ongoing Ottoman-Habsburg wars. Maximilian breathed his last on October 12, 1576. Edward V of Eng...
31st July In History
DID WE MISS SOMEONE?
CLICK HERE AND TELL US
WE'LL MAKE SURE
THEY'RE HERE A.S.A.P
Quick Facts

mother: Anne of Bohemia and Hungary

Hungarian People
Hungarian Men
Hungarian Emperors & Kings
Hungarian Historical Personalities
Leo Men
Childhood & Early Life
Maximilian was the born on July 31, 1527, in Vienna, Austria, to Habsburg archduke, Ferdinand I, and Jagiellonian princess Anne of Bohemia and Hungary. He was the eldest son born to the couple. His father was the younger brother of Holy Roman Emperor, Charles V.
Young Maximilian spent his growing years at his father’s court in Innsbruck. He was educated in Italy by humanist scholars. His experience in warfare came at around the age of 17 during the Schmalkaldic War against Francis I of France. Immediately after, he began to take part in imperial business.
Much of his early life came under limelight due to the growing dispute over Habsburg’s succession order. Initially, he was placed behind Emperor Charles V’s son, Philip II of Spain. However, objection was raised as Ferdinand had already been designated as the next occupant of the imperial throne.
Maximilian's right of succession was recognised later and a compromise was achieved according to which while Philip was to succeed Ferdinand, while Maximilian was to govern Germany during Philip’s reign.
His religious views and sentiments became a matter of concern causing sufficient scandal during the latter half of the 1550s. His bent towards Lutheranism, amicable relations with several Protestant princes and religious tolerance made people wary of his permanency to Catholicism so much so that his father threatened him with exclusion from succession if Maximilian converted to Protestantism. As such, despite his inner wish, he remained loyal to Catholic faith and attended mass.
Continue Reading Below
Accession & Reign
Maximilian’s political career started in November 1562, when he was elected as the King of Romans by the electoral college of Frankfurt. This was after he assured of his loyalty towards the Catholic faith. He became the first King of the Romans not to be crowned in Aachen. He was crowned as the King of Bohemia as well.
A year later after being proclaimed as the King of Romans, in September 1563, he was crowned as the King of Hungary by the Archbishop of Esztergom, Nicolaus Olahus.
Upon his father’s death in 1564, he succeeded his father and served as the King of Hungary and Croatia. Furthermore, from 1564, he served as the Holy Roman Emperor until his death.
Maximilian’s foremost policy as the King and Holy Roman Emperor was to make a thorough reform of the Catholic Church. He allowed religious freedom to Lutheran nobles and knights in Austria but refused to invest Protestant administrators of bishoprics with their imperial fiefs, thus disappointing the hopes of Germany’s Protestant princes.
Over time, strained relations between Maximilian and Philip of Spain greatly improved as the former became cautious of bringing to public his religious ideologies. He even eyed on the Spanish throne after the death of Philip’s son but he was unable to capitalize on it.
In Netherlands, Maximilian advised a compromise between the Catholics and Protestants but Spanish obstinacy left him with no choice. He fought an unsuccessful campaign against the Turks which resulted in an arrangement in 1568 according to which he had to continue to pay tribute to the sultan
In 1570, Maximilian proposed an army reform that was rejected by the German’s Protestant princes. He suggested that the emperor should have an absolute control over the army and that his consent should be required before any soldier was to be recruited in the empire for foreign service. However, the proposal was overruled as German princes believed it to be an attempt to prevent them from assisting coreligionists abroad. Also, they did not want to grant the emperor with greater powers.
In 1575, by popular demand from Polish and Lithuanian magnates, Maximilian was chosen as a candidate for the position of the King of Poland against Stephan IV Bathory but his inability to make himself widely accepted led him to be ousted from Poland.
Unlike his political failures, Maximilian’s religious policies were a far greater success. He successfully preserved the freedom of the Protestant nobility to worship. Also, it was during his reign that Protestantism reached its all-time high in Austria and Bohemia. Maximilian is also credited for creating a breathing-space between Roman Catholics and Protestants to co-exist peacefully
Personal Life & Legacy
Maximilian was married to Holy Roman Emperor Charles V’s daughter, Mary of Spain on September 13, 1548. The marriage was basically aimed at strengthening ties with the Spanish branch of Habsburg and reaffirming Maximilian’s Catholic faith.
Unlike Maximilian, Mary was a strict Catholic and committed to Habsburg Spain. However, despite this, the two shared a strong bond of love. They were blessed with sixteen children, of which one was a stillborn son. Out of his nine sons and six daughters, two of his sons served as Holy Roman Emperors.
Maximilian breathed his last on October 12, 1576 in Regensburg. While on his deathbed, he refused to receive the last sacraments of the Church. He was buried in St. Vitus Cathedral in Prague. 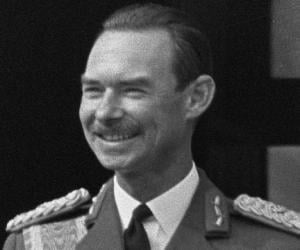