Advanced Search
Any conversation about the most notorious serial killers in the world is incomplete without a mention of Mary Ann Cotton, an Englishwomen, whose killing spree constituted of her own husbands, a lover and several children. Her reign of terror stretched for 21 years and her total kill count is the same. Her weapon of choice was poison, arsenic to be more precise, which produced symptoms similar to an upset stomach, and that enabled her escape the eyes of law for two decades. She had a string of husbands in her life, and she killed mostly for the insurance money. She lured in men through her charm and beauty and married mostly the rich ones. Once tired of them, she would casually slip poison in their food or drinks and escape with the insurance money without arousing suspicions. In the later years of her killings, her heightened over-confidence made her blatantly kill more people, and eventually, someone grew suspicious of the fact that wherever she went, people were dying of the exact same cause. The murder of her stepson, Charles Cotton, from her last marriage finally got her in the prison and when the world heard the tales of her creepy life, people were shocked and dismayed. She was hanged until death in 1873. Image Credit
charles I of England Peter Sutcliffe
DID WE MISS SOMEONE?
CLICK HERE AND TELL US
WE'LL MAKE SURE
THEY'RE HERE A.S.A.P
Quick Facts

British People
Female Criminals
Scorpio Criminals
British Criminals
Female Serial Killers
Childhood & Early Life
Mary Ann Cotton was born in a small village in North England on 31st October 1832, to a miner father who died while Mary was just 8. The mother had to take care of three children, while suffering with the depression owing to her husband’s death. Mary’s mother remarried a few years later, but Mary hated her stepfather. The constant assaults from her stepfather left Mary no choice but to run away from home at the age of 16.
The nearby village of South Hetton was her destination and she started working there as a nurse at the house of a manager named Edward Potter. A few years later, she returned back to her stepfather’s house and started working as a dressmaker with dreams of making wealth and she got married for the first time at the age of 20.
Continue Reading Below
Marriages & Killing Spree
Mary Ann got married for first time at the age of 20 to a labourer William Mowbray and the couple moved to South West England where she gave birth to her first child, a daughter named Margaret Jane. Another daughter was born two years later and when two more years passed, her first daughter Margaret died in 1860. Mary gave birth to two more children - a boy and a girl - over the next few years. In early 1965, her husband, William, died of an illness. Doctors said he died of gastric fever.
William was properly insured and Mary collected 35 Pounds on his death from the insurance company, British and Prudential Insurance Company. Mary moved to Seaham Harbour upon her husband’s death and started a love affair with Joseph Nattrass. Her daughter Margaret died of a sickness a few months later and Mary returned back to Sunderland, where she started working in an infirmary.
Mary’s good looks helped her with getting the attention of George Ward, who happened to be one of the patients in the infirmary, where she worked as a nurse. The couple dated for some time and got married in August 1965. Roughly a year later, George succumbed to an illness with symptoms of paralyzed body and intestinal infections. English Cholera was found out to be the cause by the doctors who said that he had been suffering from the illness since a very long time, but even then, they said his sudden death was surprising, but no suspicions were raised. Mary Ann took the insurance money and started a relationship with a widower, James Robinson.
Mary was hired by James as a housekeeper, who had a son, John Robinson, from his previous marriage. Soon, sis son died of gastric fever, breaking James emotionally. Mary came ahead to comfort him and ended up getting pregnant.
In 1866, she heard the news about her mother getting severely ill with hepatitis, and although she was recovering, Mary still went to see her. Suddenly, her mother started complaining of stomach cramps and died in the spring of 1867.
A few months later, Mary married James in a church and gave birth to a daughter Isabella Margaret, who died sometime later in 1868. The next year, Mary gave birth to another child, this time a boy, named George. Somehow, James grew suspicious of his wife’s bad intents and after confirming his doubts, he threw her out of his house and didn’t let her take the custody of their son, George.
Mary became bankrupt and started living on the streets when one of her friends, Margaret, introduced Mary to her brother, Frederick Cotton, also a newly widower. He fathered two children, Charles and Frederick Jr., who were getting looked after by Margaret, their aunt, who, quite obviously, died of a stomach related illness. Mary took the charge of consoling Frederick Sr. and became pregnant with his child. They got married and Mary gave birth to his son, George.
Mary came to know that one of her former lovers, Joseph Nattrass, was living a few kilometres away and to rekindle a relationship, Mary manipulated her husband to go to the village where Joseph lived. Frederick got ill from ‘gastric fever’ sometime later and died. Mary took the insurance money and started a relationship with Nattrass, who also died sometime later of gastric fever!
Thomas Riley was the first person to sense something off about her history and one day, flowing with overconfidence resulting from her past triumphs, she told him that the last living boy from the Cotton family, Charles, will die like his family, from ‘gastric fever’. Charles’ death compelled Riley to go to the local police station and he requested that the death certificate shouldn’t be made until his death gets properly investigated. A further investigation ensued when Mary made a phone call to the insurance office rather than doctor’s clinic.
Downfall
The investigation by some local newspapers revealed that Mary had moved many places around North England and whosoever she married, they all, along with their children, died from the same cause. Charles Cotton’s proper post mortem was done and arsenic was found in his body, claimed as the cause of his death. Samples of many of her previous victims also clarified a certain amount of Arsenic in the bodies. Mary Ann was finally arrested in 1873 and her trial began in March that year. Mary claimed she was innocent since the very end but eventually, all the proofs went against her, and she was sentenced to death by hanging.
Execution
Mary Ann Cotton was finally hanged at Durham County Goal on 24th March 1873 and out of the 13 children she birthed in her lifetime, only two survived - a daughter, Margaret Edith, and a son, George Robinson.
In Pop Culture
Several books, stories and poems were written on Mary Ann and in 2016, a television drama titled ‘Dark Angel’was telecast on ITV. The show was based on a novel by crime novelist David Wilson titled ‘Mary Ann Cotton: Britain’s First Female Serial Killer’. 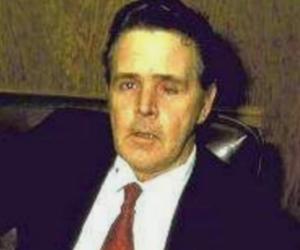