Sir Mark Thatcher, 2nd Baronet, is a British businessman, better known as the son of former Prime Minister of the UK Margaret Thatcher. Both the professional and personal lives of Mark are marked with controversies, scandals, and shady dealings. His initial business endeavors raised doubts that he was taking advantage of his mother’s position in advancing his business. His name did the rounds in corruption allegations associated with the ‘Al-Yamamah’ arms deal. However, he denied that he had received payments or had exploited his mother's position to further his business. Reportedly, he was warned time and again that he was damaging his mother’s reputation and was finally prohibited from living in Britain. After leaving Britain, he lived in the US, Spain, South Africa, Monaco, Barbados, Guernsey, Switzerland, and Gibraltar. The 2004 Equatorial Guinea coup d'état attempt drew international attention after Mark’s involvement in funding the coup was reported. He was convicted and then received a 4-year suspended prison sentence. He was also fined in South Africa for this issue. He succeeded his father, Sir Denis Thatcher, 1st Baronet, MBE, CStJ, TD, to the Thatcher baronetcy, following the latter’s death, and became Sir Mark Thatcher.
Continue Reading Below 1116
DID WE MISS SOMEONE?
CLICK HERE AND TELL US
WE'LL MAKE SURE
THEY'RE HERE A.S.A.P
Quick Facts 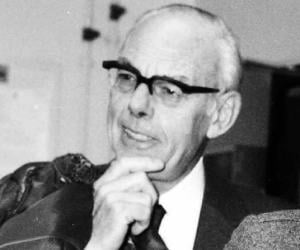 British People
British Men
Leo Entrepreneurs
British Entrepreneurs
Leo Men
Childhood & Early Life
Sir Mark Thatcher was born on August 15, 1953, in Hammersmith, London, England to British stateswoman Margaret Thatcher and British businessman Denis Thatcher. Mark and his twin sister, Carol, who grew up to become an English author, journalist, and media personality, were born 6 weeks prematurely by C-section.
Mark spent his early life in Chelsea, London. His mother got elected to the parliament for the first time during the 1959 general election. At age 8, Mark started attending the ‘Belmont Mill Hill Preparatory School’ and thereafter studied at the ‘Harrow School.’ He cleared three ‘O Level’ exams before leaving the school in 1971. He then began studying accountancy but remained unsuccessful in clearing accountancy exams with ‘Touche Ross’ thrice.
He was 16 when his mother was inducted into the cabinet as the Secretary of State for Education. Margaret served as the leader of the ‘Conservative Party’ from 1975 to 1990 and as the prime minister of the UK from 1979 to 1990. She emerged as the longest-serving British prime minister of the 20th century.
Continue Reading Below
You May Like

The Best Black Actresses Of All Time
Career
Mark became involved in various short-term jobs and developed a network of business links after relocating to Hong Kong. He made connections especially in the domain of motor racing and in the Middle East. He established ‘Mark Thatcher Racing’ in 1977, which, however, strived financially.
Mark and French racing and rally driver Anne-Charlotte Verney were driving a ‘Peugeot 504’ during the 1982 ‘Paris-Dakar Rally.’ The two, along with their mechanic, went missing in the Sahara Desert on January 9, 1982. Three days later, the three were officially declared missing. Mark’s father arrived in Dakar, and an extensive search operation was carried out, which included the Algerian ground troops and six military aircraft from the three nations.
The Algerian military finally spotted Mark’s party on January 14, 1982, which caused much embarrassment to Margaret. She insisted on personally paying £2,000 for the search operation conducted and also for the unpaid hotel bill of 11,500 dinar.
Inferences and speculations from the mid- to the late 1980s suggested that many business endeavors of Mark were possibly getting benefited because of his mother’s administrative position and political visits. Margaret was questioned in the ‘House of Commons’ in 1984, on her son’s representation in bidding for the British company ‘Cementation’ for developing a university in Oman. During that time, the prime minister was asking Omani nationals to purchase British products.
His name was also dragged into the corruption allegations involving the 45 billion ‘Al-Yamamah’ arms deal. It was claimed that in 1985, Mark was given millions of pounds in commissions, in association with this rather controversial arms sale by ‘BAE’ to Saudi Arabia. Although Mark denied such claims strongly, he did not oppose the claims that an offshore company controlled by a middleman in the deal named Wafic Saïd had bought a house for him in Belgravia, London, for £1 million in 1987. Meanwhile, Margaret was again questioned in the ‘House of Commons’ in 1986, regarding her son’s relation with the Sultan of Brunei.
Amidst controversies and allegations that Mark was taking advantage of his mother's connections in his business dealings, which were causing much embarrassment to Margaret, the press secretary of the prime minister, Sir Bernard Ingham, suggested that the best way Mark could help the government in winning the 1987 general election was by leaving Britain.
Mark relocated to Dallas, Texas, US, and worked for English accountant-turned-entrepreneur David Wickins. Mark also launched the clothing and whisky company ‘Monteagle Marketing.’ During this time, he stayed in Switzerland as a tax exile for a while, until questions of his residency qualifications were raised by the Swiss authorities. He also operated a security alarm business in the US, which eventually failed.
After Margaret was given a life peerage as Baroness Thatcher, Mark became The Honourable Mark Thatcher on June 26, 1992. He held the title till his father’s death on June 26, 2003, when he succeeded his father (who was granted the Thatcher baronetcy in 1990) to the Thatcher baronetcy and became Sir Mark Thatcher.
In 1996, amidst financial scandals in the US, while he was being prosecuted for tax evasion, Mark left the country and relocated to Constantia, South Africa, with his then-wife, Diane Burgdorf, and two children. One of Mark’s companies was investigated by the South African authorities in 1998, for carrying out loan shark operations.
In August 2004, he was arrested from his Constantia home, after being charged with infringement of two sections of the ‘Foreign Military Assistance Act’ of the country. The act prohibits residents of South Africa from being associated with any foreign military activity. Mark’s charges were related to his possible funding of and logistical assistance to his friend Simon Mann’s organized 2004 Equatorial Guinea coup d'état attempt.
In January 2005, Mark pleaded guilty for violating South Africa’s anti-mercenary legislation. He mentioned in court that although he had invested in an aircraft, he thought it would be used as an air ambulance to help the poor in Africa and was not aware of its real purpose. He was fined R3,000,000 and given a 4-year suspended prison sentence. Later, in June 2008, Mann said in his trial that Mark was part of the management team of the coup plot.
Mark was also named in the ‘Panama Papers’ scandal in 2016.
Family & Personal Life
Mark met Diane Burgdorf in Dallas in 1987. They got married on February 14 the same year. Their two children, Michael Thatcher and Amanda Margaret Thatcher, were born in 1989 and 1993, respectively. The couple divorced in 2005.
In 2005, after pleading guilty in the 2004 Equatorial Guinea coup d'état case, Mark left South Africa and relocated to Monaco on a year-long temporary residency permit. Since his South African conviction, Mark is prohibited from entering the US. He had to leave Monaco by mid-2006 and was not granted residency in Switzerland. He finally relocated to Gibraltar. There, he married Sarah Jane Russell on March 27, 2008.
His mother died on April 8, 2013. This saw him return to the UK and act as the chief mourner at her funeral that was held on April 17, 2013 at ‘St Paul's Cathedral,’ London.
You May Like

See the events in life of Mark Thatcher in Chronological Order