Advanced Search
Mark Harmon is an American actor. He has starred in a number of films, television shows, and stage productions. His ability to dabble with a variety of roles sets him apart from others. This ‘Emmy’ award-nominated actor was offered his first acting gig in ‘Ozzie’s Girls’ and he hasn’t looked back since. After making his debut, he focused on his acting skills and went on to leave an indelible impression on the viewers. He has portrayed a number of characters ranging from a police detective to a psychopath murderer. The characters that he has portrayed speak volumes about his versatility. Be it his portrayal of ‘Special Agent Leroy Jethro Gibbs’ in the military drama ‘JAG’ or ‘Dr. Robert Caldwell’ in the ‘Emmy’ award-winning show ‘St. Elsewhere,’ he has played all his roles with great finesse and confidence. Before making his mark as an actor, he was part of the ‘UCLA Bruins’ as a collegiate football quarterback. Thanks to his good looks, he caught the fancy of millions of teenage girls during his prime. As an actor, he serves as an inspiration to a number of young promising actors. Kelly Harmon
2nd September In History
DID WE MISS SOMEONE?
CLICK HERE AND TELL US
WE'LL MAKE SURE
THEY'RE HERE A.S.A.P
Quick Facts 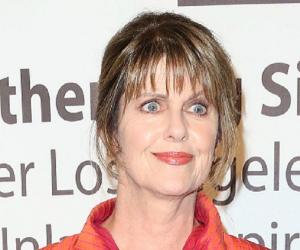 American People
American Men
California Actors
University Of California, Los Angeles
Tall Celebrities
Childhood & Early Life
Mark Harmon was born on September 2, 1951, in Burbank, California, USA. He is the youngest of three children, born to Tom Harmon and Elyse Knox. He is of Austrian descent. However, he claims to have renounced his Austrian ‘past’ and that he has adopted the American way of life.
He graduated from high school in 1970 and completed his junior college education at ‘Pierce College’ in Los Angeles.
After getting his associate’s degree, he transferred to the ‘University of California’ where he started playing for the ‘UCLA Bruins’ football team as a quarterback in 1972.
He graduated from UCLA with a BA in Communications in 1974. After his graduation, he considered taking up advertising or law as a career option. However, fate had other plans for him and he was cast in a commercial for Kellogg’s cereal, which marked his first national TV appearance. 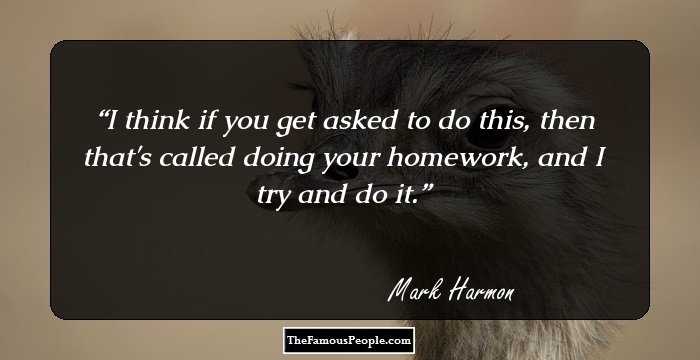 Quotes: Trying
Continue Reading Below
Career
His first television role for the series ‘Ozzie’s Girls’ was offered to him by his sister Kristen’s in-laws, Ozzie Nelson and Harriet Nelson. After displaying his acting skills in the series, he went on to land guest-roles in episodes of other shows, including ‘Emergency!,’ ‘Police Woman,’ and ‘Adam-12.’
He was cast in the TV Movie ‘Eleanor and Franklin: The White House Years’ for which he received critical acclaim. In 1978, he was cast as ‘Captain John Macintosh’ in the acclaimed mini-series ‘Centennial.’
The same year, he was cast in the feature film ‘Comes a Horseman.’ The following year, he landed a role in ‘Beyond the Poseidon Adventure.’ In 1980, he was cast to play ‘Fielding Carlyle’ in the primetime soap opera ‘Flamingo Road.’
His next major role, following the cancelation of ‘Flamingo Road,’ was in the ‘Emmy’ award-winning show ‘St. Elsewhere’ where he played ‘Dr. Robert Caldwell.’ Throughout the 1980s, his acting career reached great heights as he got to play important roles in films like ‘Let’s Get Harry’ and ‘Summer School.’
He returned to TV movies in the late-1980s and acted alongside Meg Ryan and Sean Connery in the film ‘The Presidio’ in 1988. He then appeared alongside Jodie Foster in ‘Stealing Home.’ His efforts and acting abilities were noted by the critics and audience as he continued receiving appreciation for his skills.
He was cast as the Chicago police detective ‘Dickie Cobb’ in the NBC series ‘Reasonable Doubts’ from 1991 to 1993. In 1995, he played the role of an investigator in the ABC series ‘Charlie Grace.’
After playing a number of roles in popular shows like ‘Chicago Hope,’ ‘The West Wing,’ and ‘From the Earth to the Moon,’ he was cast to play special agent ‘Leroy Jethro Gibbs’ in ‘JAG’ as well as ‘NCIS.’ His performance as ‘Leroy Jethro Gibbs’ increased his popularity as an actor.
In 2003, he appeared in a supporting role in the remake of the 1976 comedy film ‘Freaky Friday.’ He continued making appearances in a number of stage productions in and around the United States.
Harmon started a production company called ‘Wings Productions’ to produce ‘NCIS: New Orleans’ in 2014.
Continue Reading Below 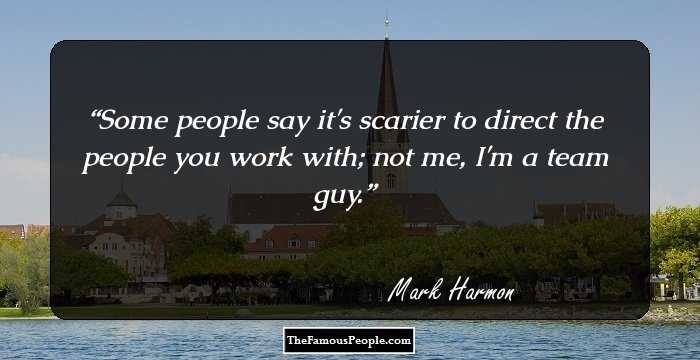 Major Works
His portrayal of ‘Dr. Caldwell,’ in the medical drama series ‘St. Elsewhere,’ earned him widespread recognition. In the series, he played the role of a surgeon who helps raise awareness about AIDS but ends up contracting the disease himself. This series, which revolves around a quintessential heterosexual, became one of the most popular shows on television and earned him ‘People’ magazine’s ‘Sexiest Man Alive’ title in 1986.
Awards & Achievements
He won the ‘National Junior College Athletic Association All-American Award’ in 1971.
He won the ‘National Football Foundation Award for All-Round Excellence in Football’ in 1973. 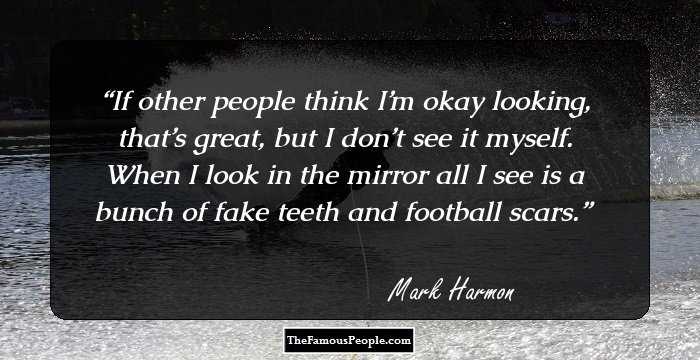 Personal Life & Legacy
In 1986, he began dating actress Pam Dawber and the couple got married in 1987 in a small, closely-guarded ceremony. The couple had two children — Sean Thomas Harmon and Ty Christian Harmon.
In 1987, he filed for the custody of his nephew Sam, claiming that his sister Kris was incapable of raising Sam, but later dropped the custody bid.
Trivia
This popular Hollywood actor of ‘St. Elsewhere’ fame rescued two teenage boys after a car accident outside his home. He used his mallet to break open the glass and pulled the boys out to safety.
Although this American actor dreamt of pursuing a career in advertising or law, he was, in fact, a carpenter before he got into acting. In the popular show ‘NCIS,’ he was seen exhibiting his carpentry skills in a couple of episodes.

Quotes By Mark Harmon | Quote Of The Day | Top 100 Quotes

See the events in life of Mark Harmon in Chronological Order