Marie Kondo is a Japanese organizing expert who has authored several books and presented various shows on utilizing space. She is also a business consultant who is renowned for inventing the KonMari method. The KonMari method emphasizes the need for decluttering and keeping only those things, which “spark joy”. Kondo’s obsession with organizing and tidying up spaces started at a young age. When she turned 19, she started her own consulting company that focused on organizing other people’s homes and offices. Soon enough, the word spread, and her business grew popular. With the release of her first book ‘The Life-Changing Magic of Tidying Up: The Japanese Art of Decluttering and Organizing’, she became a national celebrity in Japan. The book’s translation to English attracted more people, and her fanbase grew. Soon, her book topped the New York Times bestseller list and people started adopting the KonMari method in their everyday lives. She was subsequently named among the 100 most influential people in 2015 by TIME magazine. Since achieving this, Kondo has featured in a successful Netflix series and several other TV shows, which have established her as a cultural phenomenon across the globe. She currently leads her company, KonMari LLC., and gives lectures on the KonMari method. 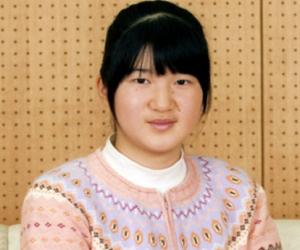 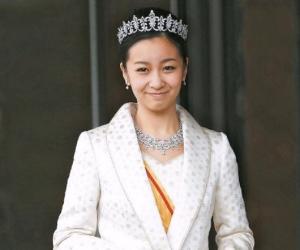 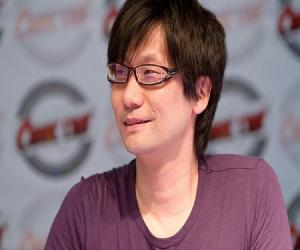 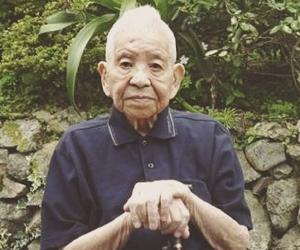 Tsutomu Yamaguchi
Writers #411
Miscellaneous #294
Continue Reading Below
DID WE MISS SOMEONE?
CLICK HERE AND TELL US
WE'LL MAKE SURE
THEY'RE HERE A.S.A.P
Quick Facts

Japanese People
Women Writers
Japanese Writers
Japanese Women Writers
Libra Women
Career
Marie Kondo, of the KonMari fame, got interested in organization and tidying up spaces at a young age. Even during her pre-school and school years, she often volunteered to tidy up bookshelves and classroom equipment while other children played. This was the start of her lifelong passion and obsession for organization. After an epiphany, she realized the joy and peace that decluttering could bring. She decided to convert this idea into a career after graduating in sociology from the Tokyo Women’s Christian University. Even her thesis was titled ‘Tidying Up as Seen from the Perspective of Gender’. At 19, while she was studying, she founded a consulting business that focused on helping people transform spaces they occupied. Soon enough, her business and ideas grew, and she released her first book ‘The Life-Changing Magic of Tidying Up: The Japanese Art of Decluttering and Organizing’, published in Japanese. The ideas expressed in this book elucidated the KonMari method, which involves decluttering one’s belongings and choosing to retain only material possessions that “sparked joy”. Kondo was inspired by the Shinto religion, which emphasizes on rituals and tidying up spaces as spiritual practices. Her book became a huge hit in Japan and was soon commissioned to be translated in other languages, including German and English.
When Kondo’s book became a bestseller, she was asked to appear in the TV dramatization of her book in 2013. Following that, she developed a video series that taught the viewers several tips, tricks and techniques of the KonMari method. She also started delivering lectures on the subject, in addition to appearing in many public events as the keynote speaker. Subsequently, her popularity rose, and she started receiving calls to appear on television and radio programs. The English translation of her book was released by Ten Speed Press in 2014 and immediately became a New York Times bestseller. She was profiled and interviewed by reputed magazines, such as TIME, The Wall Street Journal, and Vogue. Her popularity earned her a spot in the Time Magazine’s list of ‘100 most influential people in 2015’.
In 2016, Kondo released her second book on the same theme, titled ‘Spark Joy: An Illustrated Master Class on the Art of Organizing and Tidying Up’. Like its predecessor, the book was an immediate hit and gained an even wider audience for its author. Later in the year, she appeared on ‘The Ellen DeGeneres Show’ to talk about her methods. Her other TV appearance include an episode of ‘WGN Morning News’ in 2016 and several episodes of ‘Rachel Ray’ and ‘Good Morning America’. In 2017, her first book was picked up by Ten Speed Press for its manga adaptation ‘The Life-Changing Manga of Tidying Up: A Magical Story’.
Kondo’s fame got a further boost in 2019 when Netflix picked up ideas from her first book and decide to adapt it into a TV series. The show was titled ‘Tidying Up with Marie Kondo’ and was directed by Jade Sandberg Wallis. It was released as an eight-part series on January 1, 2019. In each episode, Kondo visited an American household and helped them declutter, organize and transform their homes. The background and the family’s needs were highlighted to show the audience that transformation was possible despite obvious limitations. The series received favorable reviews from many critics and inspired the audience to organize their spaces. Many took to Twitter and YouTube to upload their own ‘KonMari’ project photos. After appearing on the series, Marie Kondo became a popular name across the globe. She appeared on ‘Entertainment Tonight’, ‘Access Hollywood’, ‘The Late Show with Stephen Colbert’, and ‘Strahan & Sara’. She continues to be the face of her brand, KonMari LLC. and travels across the globe to speak about the KonMari method.
You May Like

The Sexiest Men Of 2020, Ranked
Continue Reading Below
Family & Personal Life
Marie Kondo was born on October 9, 1984 in Tokyo, Japan. She got married to Takumi Kawahara in 2012. Kawahara is the CEO of KonMari Media LLC and is extremely supportive of his wife. He also produced her Netflix series and often accompanies her on her tours and talks. The couple has two daughters: Satsuki and Miko. They previously lived in Tokyo and San Francisco before moving to Los Angeles.
Trivia
Marie Kondo made an appearance on Buzzfeed’s YouTube channel and helped one of the content creators tidy up and organize her desk. 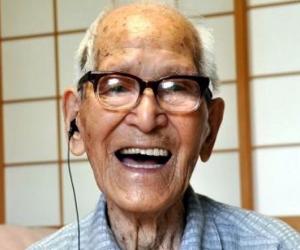 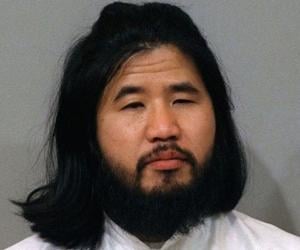