Advanced Search
Marcia Clark is an American prosecutor, author, and TV correspondent who served as the lead prosecutor in the O.J. Simpson Murder Case, the infamous criminal trial in which NFL player Orenthal James Simpson was tried for the murder of his ex-wife and her friend Ron Goldman. Born in Alameda, California, Clark studied law at the Southwestern University School of Law from where she earned a Juris Doctor. She began her career as a prosecutor for the Los Angeles District Attorney. She gained fame for the trial of Robert John Bardo, who was convicted of the murder of actress Rebecca Schaeffer, and the trial of O. J. Simpson, who was convicted of murdering Nicole Brown and Ron Goldman. She was portrayed in the sitcom ‘Unbreakable Kimmy Schmidt’ by actress Tina Fey, for which the latter earned an Emmy Award nomination. She was portrayed by Sarah Paulson in the 2016 TV series ‘The People v. O. J. Simpson: American Crime Story’, for which Paulson earned critical acclaim and won the Emmy Award. Clark has also authored several books, such as ‘Without a Doubt’ and ‘The Competition’. American People
American Women
University Of California, Los Angeles
Virgo Writers
Women Writers
Career
In 1979, Marcia Clark was admitted to the State Bar of California. She was in private practice and she worked as a public defender for Los Angeles. Later in 1981, she became a prosecutor. She excelled at her work and earned a reputation for winning various criminal cases. She became known when she sent Robert John Bardo to prison after proving that he stalked and killed TV actress Rebecca Schaeffer.
She gained even more fame as the lead prosecutor in the O. J. Simpson murder case, a criminal trial held at the Los Angeles County, Superior Court, where NFL Player, broadcaster, and actor, O. J. Simpson was tried for the murders of his ex-wife Nicole Brown Simpson and her friend Ron Goldman. Despite the best efforts of Marcia Clark and her colleagues who tried to prove that Simpson had committed the murders, their legal strategy was hampered by their own witness detective Mark Fuhrman. Simpson was eventually acquitted in October 1995.
She has appeared on several TV shows and has also authored numerous novels. Her ‘Rachel Knight’ series is about a prosecutor in the Los Angeles District Attorney’s office, and includes the books ‘Guilt by Association’ (2011), ‘Guilt by Degrees’ (2012), ‘Killer Ambition’ (2013) and ‘The Competition’ (2014).
She also authored the ‘Samantha Brinkman’ series which is about a woman working as a defense attorney. The series includes ‘Blood Defense’ (2016), ‘Moral Defense’ (2016) and ‘Snap Judgment’ (2017).
She has been portrayed in the media in the TV series ‘Unbreakable Kimmy Schmidt’ and the TV series ‘The People v. O. J. Simpson: American Crime Story’. She also appeared in the documentary miniseries ‘O.J.: Made in America’.
Recommended Lists:

Women Lawyers
American Writers
American Lawyers
Women Lawyers & Judges
Continue Reading Below
Personal Life
Marcia Clark was born in Alameda, California, on August 31, 1953 to Rozlyn and Abraham Kleks. Her father was a chemist for the Food and Drug Administration. She has a younger brother. She spent most of her early life moving across the country due to the nature of her father’s job. As a child, she was a fan of the Hardy Boys and the Nancy Drew mystery books. She graduated from a public high school named Susan E Wagner High School in New York City. Later, she studied at the University of California, Los Angeles, from where she graduated in political science. Eventually, she attended the Southwestern University School of Law and earned a Juris Doctor.
She was raised Jewish. However, she no longer considers herself a religious person.
She has been married twice. From 1976 to 1980, she was married to an Israeli backgammon player named Gabriel Horowitz. She later married Gordon Clark, a computer programmer and systems administrator who worked at the Church of Scientology. They married in 1980 and divorced in 1995. The couple had two children.
Recommended Lists: 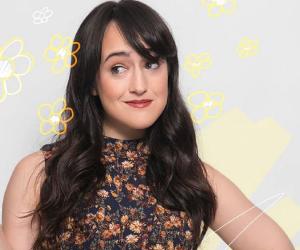