Makenzie Vega is an American actress who is best known for her role as Grace Florrick, one of the main casts in the CBS legal drama ‘The Good Wife’, which she portrayed throughout seven seasons of the show from 2009 to 2016. Following the footsteps of her older sister, actress Alexa Vega, best known for her starring role in the ‘Spy Kids’ series, she started acting at a very young age. Her early acting credits included a main role on the television series, ‘The Geena Davis Show’, and films like 'The Family Man', 'Made', 'Sin City' and 'X-Men: The Last Stand’. In 2001, she won the 'Young Artist Award' for ‘Best Performance in a Feature Film - Young Actress Age Ten or Under’ for her role in ‘The Family Man’. Her role in ‘The Good Wife’ has earned her nominations for three ‘Screen Actors Guild Awards’ and two ‘Young Artist Awards’. She has portrayed the lead role of Hilary in the horror-thriller film ‘Fender Bender’, which premiered on the Chiller channel in June 2016. Most recently, she has acted in the made-for-television movies ‘Pretty Little Dead Girl’ and ‘Tomboy’, both in 2017.
Continue Reading Below 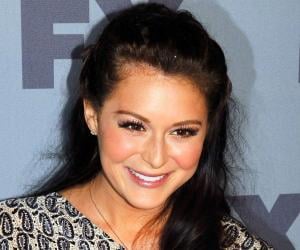 American People
California Actresses
Aquarius Actresses
American Actresses
Actresses Who Are In Their 20s
Career
At the age of five, Makenzie Vega began her career as a child actress in the 1999 TV movie ‘Dr. Quinn Medicine Woman: The Movie’. In 2000, she was cast as the youngest child of Teddie Cochran in ‘The Geena Davis Show’. She made her film debut the same year in the role of Annie, the Campbells' precocious daughter in ‘The Family Man’. She was next cast as Chloe in the 2001 crime-comedy film ‘Made’, in which she appeared alongside Vince Vaughn, Jon Favreau and Famke Janssen. In 2004, she played the role of Diana Gordon in the horror film ‘Saw’ and had a starring role in the heartwarming family drama, ‘Chestnut: Hero of Central Park’.
She appeared alongside Bruce Willis in the role of young Nancy Callahan in the neo-noir crime anthology film ‘Sin City’ in 2005. Her next film roles were in the romantic comedy film ‘Just My Luck’, in which she acted alongside Lindsay Lohan and Chris Pine, and in the blockbuster superhero film, ‘X-Men: The Last Stand’, in which she played Prison Truck Little Girl, one of the forms shape-shifter Mystique took in the film. In the following years, she went on to guest star in a number of television shows, including ‘Justice’, ‘Ghost Whisperer’ and ‘ER’, and had a role in the romantic comedy-drama film 'In the Land of Women' in 2007. However, her biggest break came after being cast as Grace Florrick, the daughter of Alicia Florrick (played by Julianna Margulies), in the CBS drama ‘The Good Wife’ in 2009.
You May Like

Women Film & Theater Personalities
American Film & Theater Personalities
American Female Film & Theater Personalities
Aquarius Women
Continue Reading Below
Personal Life
Makenzie Jade Vega was born on February 10, 1994 in Los Angeles, California to Baruch Vega, a former photographer, and Gina Rue, a former Miami model. She is half-Colombian from her father’s side. Her parents are separated and both of them have remarried. She has six siblings, including older sisters Alexa Vega and Krizia Vega, half-sisters Greylin James and Margaux Vega, and half brothers Jet James and Cruz Hudson Rue. Alexa, Krizia and Margaux are also actresses. She attended the private all-girls Catholic school Dominican Academy until June 2012.
Relationships
Makenzie Vega was in a relationship with American actor and singer Logan Henderson, who is a former band-mate of her sister Alexa's husband Carlos Pena from the Big Time Rush band. The two reportedly started dating back in October 2014 when they were first seen together shopping at one of the local markets in Studio City, California. They subsequently began appearing together at various awards shows and events, including the 2015 Elton John AIDS Foundation Academy Awards Viewing Party in Los Angeles. In September 2015, they were seen cheering for Alexa and Carlos PenaVega from the audience during their performance against each other on 'Dancing with the Stars'. The next month, after it was announced that she would not be a regular cast on the final season of ‘The Good Wife’, rumors spread that the two were planning to get married. However, sources close to them refuted the rumors saying they were still too young to get married. They broke up in July of the following year.
Soon after her 23rd birthday in February 2017, she announced her marriage to Australian fashion model Blair Norfolk at a private ceremony on a beach over the ‘Super Bowl’ weekend. She shared his picture on Instagram captioning it “This is My Husband”, while her husband shared another image of them showing their wedding rings. Taking cue from her older sister Alexa, who and her husband had legally taken the joint surname ‘PenaVega’ following marriage, she and her husband changed their Instagram surname to ‘Vega Norfolk’.