Advanced Search
Alexa Vega is an American actress, singer and dancer who rose to fame during her teenage years for playing Carmen Cortez in the 'Spy Kids' trilogy. She started acting at the age of five, appearing on the CBS television series 'Evening Shade', and went on to feature in a number television shows and movies as a child. She became a teen icon for her performance in the film 'Spy Kids' and its two sequels 'Spy Kids 2: The Island of Lost Dreams' and 'Spy Kids 3-D: Game Over'. She later reprised the role almost a decade later in a third sequel, 'Spy Kids: All the Time in the World'. Vega, who has been an athletic kid, did her own stunts during the shooting of the 'Spy Kids' films. She had starring roles in films like 'Repo! The Genetic Opera', 'Broken Hill', and 'From Prada to Nada'. She continued to appear on television throughout her career, having a lead role in the series 'Ruby & The Rockits' and recurring roles in shows such as 'To Have & to Hold', 'Ladies Man', 'Unsupervised', 'The Tomorrow People' and 'Nashville'. She was a contestant in the 21st season of 'Dancing with the Stars'. 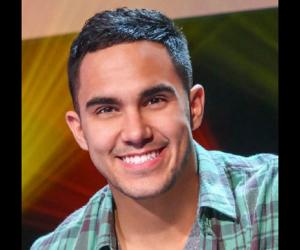 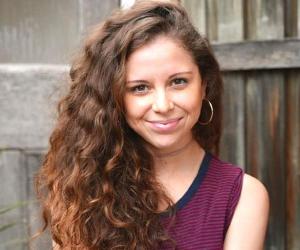 American People
Florida Actresses
Virgo Actresses
American Actresses
Actresses Who Are In Their 30s
Childhood & Early Life
Alexa Ellesse PenaVega was born on August 27, 1988, in Miami, Florida to Colombian father, Baruch Vega, and American mother, Gina Rue. Her father was a photographer, while her mother was a former model.
She lived the first four years of her life on a ranch in Ocala, Florida, after which the family moved to California. She has six siblings including half-sisters Greylin James and Margaux Vega, and half brother Jet James. Her younger sister Makenzie Vega is also an actress.
She has been very athletic since her childhood, taking part in sports like cross country running and water polo. She took dancing lessons as well and is also an experienced gymnast.
Continue Reading Below
Career
In 1993, when Alexa Vega was only five years old, her mother discovered her talent and took her to an audition for the sitcom 'Evening Shade'. She successfully auditioned for the role of Emily Newton and portrayed the character in the final season of the series during 1993-94.
In 1994, she debuted on the big screen, appearing as the 6-year-old daughter of the character played by Ed O'Neill in the movie 'Little Giants'. The next year, she starred in another movie, 'Nine Months', and also appeared on television shows like 'ER' and 'Chicago Hope'.
She portrayed the role of young Jo Harding, the character played by Helen Hunt, in the 1996 movie 'Twister'. The same year, she played Steven Seagal's daughter in 'The Glimmer Man' and Alec Baldwin's daughter in 'Ghosts of Mississippi'. She also appeared as Tess Hunter on the ABC sitcom 'Life's Work'.
Following a short break, she returned to TV in 1998 on the series 'The Magnificent Seven' and 'To Have & to Hold'. She also acted in the direct-to-video movie 'Dennis the Menace Strikes Again', in which she played Gina.
In 1999, she had a recurring role in the CBS sitcom 'Ladies Man'. She also played Michelle Pfeiffer's daughter in the movie 'The Deep End of the Ocean' that year. She appeared in films like 'Run the Wild Fields' and 'Follow the Stars Home' in the following years.
She got her big break in 2001 when she was cast in the main role of Carmen Cortez in the Robert Rodriguez spy adventure film 'Spy Kids'. An instant hit, it was followed by two sequels, 'Spy Kids 2: The Island of Lost Dreams' and 'Spy Kids 3-D: Game Over', released in 2002 and 2003 respectively. The last film in the series, 'Spy Kids: All the Time in the World', was released in 2011.
A talented singer, she recorded her first song, 'Isle of Dreams', for the soundtrack of the movie 'Spy Kids 2: The Island of Lost Dreams'. She also recorded two more songs for the third film in the series: 'Game Over' and 'Heart Drive'.
In 2004, she worked on two films, 'Sleepover' and 'State's Evidence'; the latter released in 2006. She played a victim of cyber bullying in the 2005 Lifetime television film 'Odd Girl Out' and acted in the 2006 HBO film 'Walkout'.
In February 2007, she joined the cast of the Tony-winning musical 'Hairspray' at the Neil Simon Theatre. She played the role of Penny Pingleton, the best friend of Tracy Turnblad, the female lead of the play.
Continue Reading Below
From 2007 to 2011, she appeared in starring roles in films such as 'Remember the Daze', 'Repo! The Genetic Opera', 'Innocent', 'Broken Hill', 'Café' and 'From Prada to Nada'. She also had a lead role in the television series 'Ruby & The Rockits' and a recurring role in the sitcom 'Unsupervised'.
She earned accolades for her work in the television movie 'The Pregnancy Project' in 2012 and bagged recurring roles in the TV series 'The Tomorrow People' and 'Nashville' in the following years. Her most noted recent films include 'Machete Kills', 'The Clockwork Girl' and '23 Blast'.
Both Alexa and her husband Carlos participated in the 21st season of 'Dancing with the Stars' in 2015. However, they danced with separate partners and reached 6th and 4th spot respectively, before being eliminated.
Major Works
The film 'Spy Kids', which catapulted Alexa Vega to fame, became a huge box office success, receiving positive reviews and grossing over $147 million worldwide. The film spawned three sequels in the following years, even though none of those were able to match the first film's success.
Awards & Achievements
Alexa Vega won the 'Young Artist Award' in the category 'Best Performance in a Feature Film - Leading Young Actress' in 2003 for her performance in 'Spy Kids 2: Island of Lost Dreams'. The same year, 'Vanity Fair' named her one of the hottest teen celebrities in their July issue.
For her work on the telefilm 'Walkout', she received nominations for the 'ALMA Award' and the 'Imagen Award', and won the 'Black Reel Awards' in 2007. She has also won an 'ALMA Award' for 'From Prada to Nada' and an 'Imagen Award' for 'The Pregnancy Project'.
Personal Life & Legacy
On October 10, 2010, Alexa Vega got married to film producer, Sean Covel, in a ceremony held in his hometown of Lead, South Dakota. 'Spy Kids' director Robert Rodriguez walked her down the aisle. The two later got divorced, which she announced via Twitter in July 2012.
She got engaged to actor and singer, Carlos Pena Jr., in August 2013 on a cruise ship and married him in Puerto Vallarta, Mexico, on January 4, 2014. They have a son named Ocean King who was born on December 7, 2016.
Right after her marriage to Pena, they both took each other's last name and created the blended surname PenaVega. They also changed his YouTube channel title from 'CarlosPenaTV' to 'LexLovesLos', and started posting vlogs together.
Trivia
Alexa Vega's father, who is a fashion photographer, also worked as an undercover informant for the FBI and the Drug Enforcement Administration. He helped arrange the surrender of several valuable drug dealers, but was later arrested on money laundering charge.

See the events in life of Alexa Vega in Chronological Order