Advanced Search
Lynette Alice "Squeaky" Fromme is an American woman who, in 1975, attempted to assassinate Gerald Ford, the 38th President of the United States. She was also known as one of the members of the infamous Manson Family. As a youth, she was part of a local dance group named Westchester Lariats. In 1963, she moved to California with her family and began using alcohol and drugs. She met Charles Manson four years later and soon became part of his close circle. Following Manson’s arrest in 1969 for the Tate/La Bianca murders, she carved an X on her forehead, just as he had, to show her solidarity with the enigmatic criminal. She would later contact Aryan Brotherhood to follow through a deal Manson had previously made and would later be implicated in murders committed by the members of the Brotherhood. Fromme was eventually released due to a lack of evidence against her. She decided to move to Sacramento, California, where, in September 1975, she pointed a gun at Ford. The Secret Service officers immediately disarmed her, following which she was arrested. Charged and convicted for her crime, Fromme was sentenced to life imprisonment. She served 34 years in various correctional facilities and was ultimately paroled in 2009. Christopher Pau...
DID WE MISS SOMEONE?
CLICK HERE AND TELL US
WE'LL MAKE SURE
THEY'RE HERE A.S.A.P
Quick Facts

See the events in life of Lynette Fromme in Chronological Order 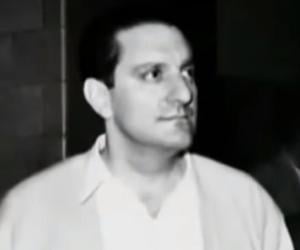