Advanced Search
Lucie Desiree Arnaz is a well-known American singer, actress and producer, who started her career in show business in the early 1960s. She belongs to the famous Arnaz-Ball family that were pioneers in American television. Besides her parents, her brother is also an actor and musician. She debuted on television with her mother’s shows, ‘The Lucy Show’ and ‘Here’s Lucy’, where she played the role of the daughter of her real life mother. Most of her grooming as an actress was done on the sets by her mother. She was quick to pick up and soon took on roles that were independent of the family. She was also into theatre and made her Broadway debut with the musical ‘They’re Playing Our Song’. Her movie credits include hits like ‘The Jazz Singer’ and ‘The Thought Exchange’. She was a Trustee on the American Theatre Wing and was also the president of the board of directors of the Lucille Ball-Desi Arnaz Centre. She has the distinction of winning an Emmy Award for ‘Outstanding Informational Special’ for her documentary about her parents and the ‘Los Angeles Drama Critics Circle Award’ for ‘Best Actress in a Musical’. She is still very much active on the social scene in Hollywood as well as social media where she has a large following of fans. Olivia Wilde
17th July In History
DID WE MISS SOMEONE?
CLICK HERE AND TELL US
WE'LL MAKE SURE
THEY'RE HERE A.S.A.P
Quick Facts 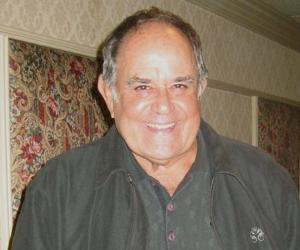 American People
California Actresses
Cancer Actresses
American Actresses
Actresses Who Are In Their 70s
Childhood & Early Life
Lucie Desiree Arnaz was born on July 17, 1951 to Desi Arnaz and Luclle Ball in Los Angeles, California, USA. Her father was a Cuban-born-American musician, actor, and producer and her mother was also an actress, model and producer of repute. She has a brother named Desi Arnaz Jr, who is also into show business.
She moved to New York with her parents and attended Saint Vincent Ferrer School along with her brother. She later completed her high school from the Roman Catholic Immaculate Heart High School, where she took active part in dramatics.
She was an extrovert as a child and made friends easily. Due to her parents' profession, she got an early exposure to Hollywood and was encouraged by them to take up acting as a career.
Continue Reading Below
Career
She appeared in minor roles on her mother’s television serial called ‘The Lucy Show’. By the time she was 17 she made her acting debut in the sequel to her mother’s show which was titled ‘Here’s Lucy’. She played the role of the daughter of her actual mother in the serial. Her brother also appeared on the show.
By the mid 70s she started acting in serials on her own, without the support of her parents. Her first venture was the role of a murder victim in the NBC telefilm titled ‘Who is the Black Dahlia?’ This was followed by a role in ‘Welcome to the World’, where she acted alongside Lyle Waggoner and Tommy Tune.
In 1978, she played the highly emotional role of a woman trying to save her marriage in the serial ‘Fantasy Island’. Ever since she has appeared in a number of popular serials including ‘Murder she Wrote’, ‘Law & Order’ and ‘Sons and Daughters’.
Her show ‘The Lucy Arnaz Show’ was aired on CBS in 1985, where she took calls from viewers and rendered advice on dealing with real life situations.
She also had a parallel theatre career in which she appeared in a number of musicals and dramas including her Broadway debut in 1979 with the musical ‘They’re Playing Our Song’. Her other theatre appearances include ‘Seesaw’, ‘The Wizard of Oz in Concert: Dreams Come True’, ‘The Witches of Eastwick’, ‘Dirty Rotten Scoundrels’ and ‘Lost in Yonkers’.
She has also directed the show, ‘Babalu: A Celebration of the Music of Desi Arnaz and his Orchestra’, which was performed in Miami. Besides the show, she has also appeared as a vocalist in a number of live musical shows in America.
Lucie made her mark in cinema with an appearance in the movie ‘The Jazz Singer’ in which she acted with Neil Diamond and Laurence Oliver. She was nominated for a ‘Golden Globe Award’ for ‘Best Supporting Actress in Motion Pictures’ for her performance.
In recognition of her contribution to theatre, she was made a Trustee on the American Theatre Wing from 1990 to 2014. She was also president of the board of directors of the Lucille Ball-Desi Arnaz Centre in Jamestown, New York.
In 2008, she participated in a tribute to her mother at the Paley Centre For Media in New York City where she appeared in a discussion with long-time friend and Hollywood columnist, Robert Osborne in the programme, ‘Lucie and Lucy: Lucie Arnaz Shares Treasures From The Family Video Collection’. The show focussed on the 40th anniversary of the series ‘Here’s Lucy’ and other guest appearances of Ball that were donated to the Paley Centre for Media.
Continue Reading Below
She performed live on stage to promote the Lucille Ball Festival of New Comedy in Jamestown, where novice comedians were invited to participate and promote their talent. The event was also a tribute to her parents.
Major Works
Her stage performances include ‘They’re Playing Our Song’, ‘Lost in Yonkers’ and ‘Dirty Rotten Scoundrels’ at Broadway. She has also toured for the live performances of ‘Seesaw’, ‘My One and Only’ and ‘Pippin’.
She has appeared in the films ‘Billy Jack Goes to Washington’, ‘Down to You’, ‘The Jazz Singer’, ‘Second Thoughts’ and ‘The Thought Exchange’.
Her credits on American television include ‘The Lucy Show’, ‘Here’s Lucy’, ‘Death Scream’, ‘Law and Order’, ‘Murder She Wrote’ and ‘Fantasy Island’.
Awards & Achievements
She won an Emmy Award for ‘Outstanding Informational Special’ for her documentary about her parents titled ‘Lucy and Desi: A Home Movie’ in 1993.
Arnaz has won ‘Theatre World Award’ and the ‘Los Angeles Drama Critics Circle Award’ for ‘Best Actress in a Musical’ for her role as Sonia Walsk in 1986.
She has also won the ‘Sara Siddons Award’ for her tour with Tommy Tune for the musical ‘My One and Only’.
Personal Life & Legacy
She was initially married to actor Phil Vandervort in 1971 but got divorced after six years. She then married actor and writer, Laurence Luckinbill, in June 1980, with whom she has three children - Simon, Joseph and Katharine. Luckinbill has two sons from his previous marriage. They reside in Fairfield County’s Weston, Connecticut.
She was very close to her parents and is an active member of the Unity Church that professes a new thought in Christianity describing itself as a positive and practical way of life.
Trivia
She made her professional debut at the age of 12 on her mother’s television series, ‘The Lucy Show’ as a teenage employee in an ice cream shop.
She resigned from the post of the president of the board of directors of the Lucille Ball-Desi Arnaz Centre over a dispute with the executive director regarding future course of action by the Centre.
To preserve her family history, she helped develop a software package that became popular for digitizing personal data and documents.

See the events in life of Lucie Arnaz in Chronological Order