Lori Greiner, born as Lori Husman, is an American businesswoman and well-known television personality, who has been serving as a Shark or investor at the ABC business reality television show, Shark Tank since 2009. She became interested in custom jewelry while in college, continuing to make and sell them until she came upon the idea of making a plastic earring organizer, showing it to the women on the street to get their reaction. Eventually she patented the product and began selling it on various online and offline platforms, continuing to add more and more products. She has so far created and marketed over 1,000 successful products and holds 120 US and International patents. Possessing sharp instincts and strong business sense, she can tell instantly if a product is a “hero or a zero”, resulting in 90% success in her business. A strong believer of “if you are lucky enough to be successful, you have a responsibility to give back”, she also makes annual donations to a diverse variety of charities. 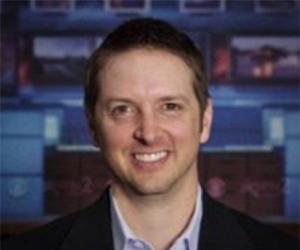 Lori Greiner was born on December 9, 1969 in Chicago, Illinois, USA into a well-to-do family. Her father, David L. Husman, was a successful real estate developer, while her mother, Lois Arlene Husman nee Schwartz, was a renowned psychotherapist and member of many august societies including Chicago Symphony Orchestra Association.

Born younger of her parents’ two children, she has an elder sister called Melinda (Mindy) Husman. From her father’s later relationship, she also has a half brother called Michael Husman, who eventually followed their father’s footstep to become a real estate developer.

When she was about eight or nine years old, her parents divorced. Thereafter, she was raised mostly by her mother in the Near North Side of Chicago, leading an upper middle class lifestyle.

While studying in high school, she became interested in television journalism and on graduating in 1987 joined Loyola University Chicago with communication as her major. Her initial plan was to become a playwright and worked as one for a short period.

While studying at LUC, she also worked for The Chicago Tribune and while doing so she learned how to market products and get them in front of the right people. Soon, she was also making and selling costume jewelry, earning a decent amount from it.

In 1991, Lori Greiner graduated from LUC with a B.A. degree in communication. By then, she had attained considerable success in jewelry making and therefore continued with the business.  However, it was not until 1996 that her business actually began to flourish.

One day in 1996, she was talking to friend with a jumble of jewelry sitting in a box in front of her. Looking at them, she started thinking about making a jewelry organizer that would help to keep them organized.

She soon designed a plastic earring organizer, and she liked it so much that she set out to find a manufacturer. Once the prototype was in her hand, she started showing it around, asking not only her friends, but also women on the street about their opinion on it.

In 1996, she launched her first company, For Your Ease Only and took out a $30,000 loan as running expenses. A master in salesmanship, she also secured an order from JCPenney, a midscale American department store chain operating 669 stores across USA.

Her product became so popular at JCPenney that she was able to pay back her loan within 18 months. Soon, she began to diversify, eventually making hundreds of products in many other categories such as cosmetic organization, travel, electronics, and household items.

Other than JCPenney, she also sold her products on different other platforms such as the major retail outlet, Bed Bath and Beyond as well as on the Home Shopping Network. By the end of the millennium, her design and patenting business had generated more than $10 million in sales.

By 2000, she had enough patented products at hand to start her own show at Quality Value Convenience or QVC, a free-to-air television network, and flagship shopping channel specializing in televised home shopping. Called Clever & Unique Creations by Lori Greine, the show became immensely popular.

Clever & Unique Creations by Lori Greine ran for twenty years. All along, she continued to invent and patent new products, holding 120 patents as of today, being dubbed “The Queen of QVC” for the popularity of her show

Next she launched another company called Clever & Unique Creations by Lori Greine, filing the trademark application with the United States Patent and Trademark in the Cosmetics & Cleaning Products and Environmental Control Instrument Products categories in March 2004.  However, by 2008, the project was abandoned.

In February 2012, she donned a new cloak when she appeared as a guest Shark or investor in the third season of the business reality television show, Shark Tank, replacing Barbara Corcoran in four of its episodes. She became an instant hit and started appearing regularly from the next season as judge-cum-investor.

Lori Greiner continued to appear as a Shark in the show, investing $200,000 for a 20% stake in Scrub Daddy, a company that produces a texture-changing household sponge, in 2014.  Today, it is regarded as one of the most success stories in the history of Shark Tank.

In March 2014, she also published her first book, Invent it, Sell it, Bank it! – Make Your Million Dollar Idea into a Reality, chronicling her journey as a successful business woman. The book went on to become a national best seller, adding to her popularity.

As of 2022, she continues to appear in Shark Tank, making regular investments. During this long period, she has invested in numerous startups including Bantam Bagels, Readerest, Squatty Potty, Paint Brush Cover, Sleep Styler, Holder Your Haunches, Drop Stop, and Simply Fit Board.

Currently, she is also the owner of a production company called Good Place Entertainment. However, her first company, For Your Ease Only, in which she serves as a CEO, remains her most profitable venture. Her products are regularly featured in top magazines like O, The Oprah Magazine, InStyle, Woman’s Day etc.

She has also been profiled in all major publications, including Financial Times, Forbes, Success, Entrepreneur, Bloomberg, CNN etc.  Her Silver Safekeeper Initial Jewelry Box was chosen as one of the favorite items by Oprah.

While Lori Greiner appeared in more than one television shows, she is best known for her appearance in the ABC productions, Shark Tank.  Because of her deep sympathy for the new inventors pitching their production on the platform, she has been dubbed as the Warm Blooded Shark, both by the inventors and the viewers.

In December 2017, Greiner was honored as an Important Woman in Television by the Paley Center.

In 2018, she received the Sherry Lansing ‘Woman of the Year’ Award for her contributions to the society.

Lori Greiner met her would-be-husband, Daniel Greiner at Lincoln Park Bar Kincaid's in Chicago in 1996; but did not marry until 2010. A strong supporter of her ventures from the very start, he currently serves as the Vice President and Chief Financial Officer of For Your Ease Only. The couple does not have any children.

See the events in life of Lori Greiner in Chronological Order