Lindsay Jaylyn Price Stone is an American actress and singer who has garnered fame for portraying Janet Sosna in the series ‘Beverly Hills, 90210’ and Victory Ford in the TV show ‘Lipstick Jungle’. She has also appeared in soap operas like ‘All My Children’ and ‘The Bold and the Beautiful’. A California native, Price began her career when she was about five years old, appearing in a television commercial for Toys "R" Us. She had her TV debut in a 1984 episode of ‘Finder of Lost Loves’. After making a series of guest appearances in various TV shows throughout the majority of her childhood, she landed her breakthrough role as An Li Chen Bodine in ‘All My Children’. While Price is mostly known for her television work, she has appeared in a number of films as well. In 1988, she starred in her first film, the science fiction comedy ‘Purple People Eater’ and has since appeared in films like ‘Angus’, ‘Waterborne’, and ‘Lonely Street’. In 2007, she put out her five-song extended play, ‘Someone Like Me’. 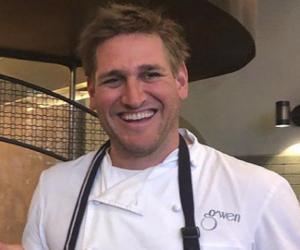 Olivia Rodrigo
Actresses #2464
Film & Theater Personalities #6151
Continue Reading Below
DID WE MISS SOMEONE?
CLICK HERE AND TELL US
WE'LL MAKE SURE
THEY'RE HERE A.S.A.P
Quick Facts

American People
California Actresses
American Actresses
Sagittarius Actresses
Actresses Who Are In Their 40s
Career
When Lindsay Price was about five years old, she got her start in the entertainment industry. Her first job was in a television commercial for Toys "R" Us, in which she worked with fellow child actor Jaleel White. She debuted on the small screen in the second episode of the ABC drama series ‘Finder of Lost Loves’ in 1984. She played various small roles in TV shows like ‘Airwolf’, ‘Newhart’, ‘The Wonder Years’, ‘Life Goes on’, and ‘Parker Lewis Can't Lose’ until she was cast in the ABC soap opera ‘All My Children’. She portrayed An Li Chen Bodine, a Chinese immigrant who marries the character Brian Bodine to get a green card but gradually falls in love with him, in several episodes between 1991 and 1993. Besides Price, the role was also played by Irene Ng (1991).
Between 1998 and 2000, she was part of the cast of Fox’s teen drama series ‘Beverly Hills, 90210’, portraying Janet Sosna, who was introduced as a potential love interest of Steve Sanders (Ian Ziering). Over the course of the last three seasons of the show, their relationship gradually develops, and they eventually get married.
She was cast as Michael Lai in the CBS soap opera ‘The Bold and the Beautiful’ in 1995 and portrayed the character in 59 episodes before leaving the show in 1997. In NBC’s comedy-drama series ‘Lipstick Jungle’ (2008-09), she starred as fashion designer Victory Ford. Her other important television roles include Kimmy Kim in ‘Pepper Dennis’ (2006), Joanna Frankel in ‘Eastwick’ (2009-10), and Leilani in ‘Hawaii Five-0’ (2013). Price is currently portraying Camille in the ABC comedy series ‘Splitting Up Together’ (2018-present).
After making her debut on the big screen in ‘Purple People Eater’, the 1988 film inspired by Sheb Wooley's 1958 novelty song of the same name, she worked with Charlie Talbert, George C. Scott, and Kathy Bates in Patrick Read Johnson’s comedy-drama ‘Angus’ (1995). In the 1998 comedy film ‘Hundred Percent’, she played the role of Cleveland. Price was cast as a friend of the female protagonist Tracy (Judy Greer) in the 1999 romantic comedy ‘The Big Split’. In 2001, she starred in the low-budget action film ‘No Turning Back’. She played Yu, a Japanese-American waitress who works at Pleasure Island, in the 2004 slasher comedy film ‘Club Dread’. In 2005, she shared screen space with Christopher Masterson, Jon Gries, Christopher Berry, Ajay Naidu, Jake Muxworthy, Shabana Azmi, and Mageina Tovah in the critically acclaimed indie film ‘Waterborne’. Her most recent cinematic appearance was in the comedy mystery thriller ‘Lonely Street’ (2009).
You May Like

Women Film & Theater Personalities
American Film & Theater Personalities
American Female Film & Theater Personalities
Sagittarius Women
Continue Reading Below
Family & Personal Life
Born on December 6, 1976, in Arcadia, California, USA, Lindsay Price is the daughter of William and Haeja Diane Price. Her father is of German and Irish ancestry while her mother is originally from Korea. She has an older brother named Bryan.
Her parents had grown up together in the Price household after William’s parents adopted Haeja from Korea following the end of the Korean War. Her biological father had died during the war and her biological mother left her and her brother to start a new family with another man. Lindsay was educated at the Art Center College of Design in Pasadena, California.
Price has been married twice. Her first husband was Shawn Piller, a screenwriter, principal, and executive producer at Piller/Segan, an independent entertainment company. They exchanged wedding vows on July 31, 2004, and parted ways in 2007.
Sometime in late 2009, she began a relationship with Australian celebrity chef Curtis Stone. Price gave birth to their oldest child, a son whom they named Hudson, on November 6, 2011. The couple got engaged in July 2012. On June 8, 2013, they tied the wedding knot in a ceremony held in Spain. They welcomed their younger son, Emerson Spencer, into the world on September 16, 2014.