Jorik Scholten, professionally known as Lil' Kleine, is a Dutch singer. He is known for releasing the controversial hit single "Drank & Drugs.” His album ‘WOP!’ was also a major hit. A young and promising talent in the rap scene, Kleine was born in Amsterdam, Netherlands. He developed an early interest in music and started contacting talent agencies when he was quite young. He eventually kicked off his career with an acting role in the 2005 movie ‘Diep’. Kleine soon started showcasing his rapping and dancing skills as well. In 2012, he released his first EP which introduced the world to his sturdy lyrical style. Three years later, he teamed with Ronnie Flex and put out the single "Drank & Drugs”. Although the song was controversial due to its theme, it was appealing enough to peak at #1 in Netherlands. The success of this song made him a popular name not just in his native country, but also across Europe and America. 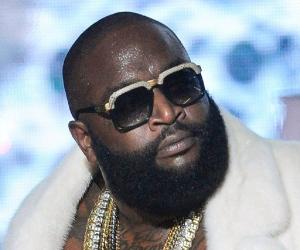 Dutch People
Dutch Men
Male Rappers
Male Singers
Libra Rappers
Career
Jorik Scholten started his entertainment career with the movie ‘Diep’ which released in 2005. He soon began performing on the stage with Lange Frans' band D-Men. In 2012, he released his debut EP titled "Tuig van de Richel" under the stage name Lil' Kleine. Although the EP failed to generate much sales, it helped him introduce his unique lyrical style to music lovers. This was followed by his hit song "Zo Verdomd Alleen".
After signing with TopNotch in 2013, Kleine collaborated with fellow rapper Ronnie Flex to release "Drank & Drugs”, a track about drugs, alcohol and sex. The song reached #1 on the Single Top 100 and won a 3FM Award in 2016. It eventually earned a double platinum status.
In February 2016, the singer came up with his debut album ‘WOP!’ which featured eleven tracks, all of which charted within the top 35 in the Single Top 100 chart. The album itself peaked at #1 on the Album Top 100 and also became the most-streamed newly released album on Spotify in Dutch history. Its hit singles "1, 2, 3" and "Niet Omdat Het Moet," along with the other tracks "Bel Me Op", "Zoveel", "Zeg Dat Niet" and "Goud," are extremely catchy!
Kleine’s second album titled ‘Alleen’ was out in 2017. All eleven of its songs reached Spotify's Netherlands Top 25, with the tracks "Krantenwijk" and "Alleen" peaking at #1 and #2, respectively. That year, the rapper also participated as a contestant in the reality TV program ‘Expeditie Robinson’. However, he was the first celebrity to leave the competition after being voted out at his own appeal.
In 2018, Kleine became a coach on season 9 of the Dutch reality singing competition show ‘The Voice of Holland’.
You May Like

Libra Singers
Dutch Singers
Libra Hip Hop Singers
Libra Men
Continue Reading Below
Family & Personal Life
Lil' Kleine was born as Jorik Scholten on 15 October 1994 in Amsterdam, Netherlands. At the age of one, he was diagnosed with leukemia that required surgical treatment. He spent the first few years of his life in De Wallen aka Amsterdam’s red-light district. Later on, he moved to Amsterdam-Oost with his father after his parents divorced.
Talking about his love life, the Dutch singer is in a relationship with Jaimie Vaes. In 2018, the couple announced that they are expecting their first child. 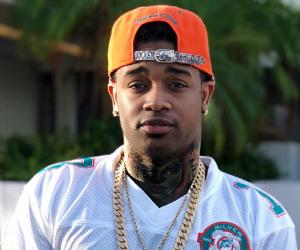 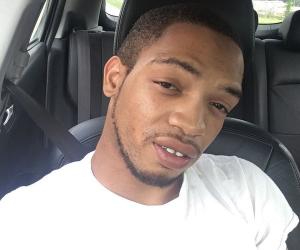