(Actress, Singer and Model Known for Her Role as ‘Blair Waldorf’ in the TV Series ‘The CW’)

Advanced Search
Leighton Meester is an American model, actor, singer, and songwriter. She is popularly known for her role as ‘Blair Waldorf’ in the television drama series ‘Gossip Girl.’ Leighton Meester began her career in the industry as a young girl. During her childhood, she was featured in a local stage production of ‘Wizard of Oz,’ following which her interest in acting grew. She began working by modeling and appearing in commercials. As part of her modeling assignments, she has been associated with major brands like ‘Herbal Essences,’ ‘Vera Wang,’ ‘Jimmy Choo,’ and ‘Ralph Lauren.’ Though she began her career as a model, she later ventured into acting as well. She made her acting debut with the series ‘Law & Order,’ and took up cameo roles in television series and feature films like ‘Country Strong,’ ‘Monte Carlo,’ and ’Killer Movie.’ Apart from acting, she has also recorded music and written songs in collaboration with several noted artists like ‘Cobra Starship’ and singer Robin Thicke. Her songs have been listed as ‘Billboard Top Hits.’ Leighton Meester has also delivered a Broadway performance in the stage production of ‘Of Mice and Men.’ Blake Lively
9th April In History
DID WE MISS SOMEONE?
CLICK HERE AND TELL US
WE'LL MAKE SURE
THEY'RE HERE A.S.A.P
Quick Facts 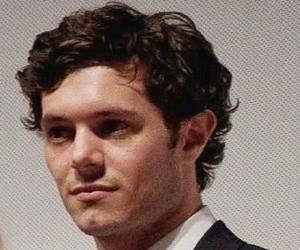 American People
Actresses
American Women
Texas Actresses
Beverly Hills High School
Childhood & Early Life
Leighton Marissa Meester was born on 9 April 1986, in Fort Worth, Texas, USA. Her father Douglas Jay Meester worked for an internet company and her mother Constance was a writer. She has a younger brother named Alexander, and is known to have an older brother named Douglas Logan Meester.
She was born at a time when her parents were serving prison time for trafficking marijuana from Jamaica to the USA. Her mother was allowed to give birth in prison hospital and nurse her for three months in a halfway house after which she had to return to prison to complete her sentence. During this time, Leighton Meester was taken care of by her grandparents.
At the age of 11, she moved to New York City along with her mother. In New York City, she attended ‘Professional Children’s School.’ At the age of 14, she moved to Los Angeles and attended ‘Hollywood High School’ and ‘Beverly Hills High School.’ She later completed her school education from a private school.
Around this time, she began modeling for agencies like ‘Wilhelmina Models’ and for designers like Ralph Lauren. She also appeared in commercials for brands like ‘Clearasil’ and ‘Tamagotchi.’
Recommended Lists:

Aries Models
Aries Singers
Female Models
Women Singers
Continue Reading Below
Career
Leighton Meester made her acting debut playing the role of ‘Alyssa Turner’ in an episode of the police procedural and legal drama series ‘Law & Order’ in 1999. This was followed by several guest appearances in television series like ‘Boston Public’ (2001), ‘Once and Again’ (2002), and ‘Family Affair’ (2002).
Her debut feature film appearance came in 2003 when she played ‘Elisha Springfield’ in the horror film ‘Hangman’s Curse.’ The same year, she became part of the main cast of the television series ‘Tarzan.’ The series was canceled after just eight episodes.
Between 2003 and 2005, she made special appearances in several television series like ‘The Big Wide World of Carl Laemke’ (2003), ‘Crossing Jordan’ (2004), ‘7th Heaven’ (2004), ‘North Shore’ (2004), ‘24’ (2005), ‘Veronica Mars’ (2005), and ‘8 Simple Rules’ (2005).
In 2005, she landed a recurring role in the science fiction series ‘Surface.’ The following year, she did two feature films, ‘Flourish’ and ‘Inside.’ In 2007, she played short roles in television series like ‘CSI: Miami’ and ‘Shark.’
In 2007, she was cast to play ‘Blair Waldorf’ in the television series ‘Gossip Girl.’ The series was based on a book series by the same name by Cecily von Ziegesar. She earned critical acclaim and several awards and nominations for her performance. The series ran for six seasons from 2007 to 2012.
She recorded the song ‘Inside the Black’ for the soundtrack of the film ‘Drive-Thru’ in 2007. In 2009, she signed a contract with ‘Universal Republic’ for a project which was eventually shelved. However, a few songs that were recorded for the project were made available later.
In 2009, her first official single ‘Somebody to Love’ was released, featuring R&B singer Robin Thicke. In 2010, her second single ‘Your Love's a Drug’ was released.
She also provided vocals to the song ‘Good Girls Go Bad’ by American pop band ‘Cobra Starship.’ The song became popular and peaked at number seven on the ‘Billboard Hot 100.’ She also sang the cover of the song ‘Christmas (Baby Please Come Home)’ for the album ‘A Very Special Christmas 7.’
In 2010, she played minor roles in feature films, such as ‘Date Night,’ ‘Going the Distance,’ and ‘Country Strong.’ The following year, she played a negative role in ‘The Roommate,’ which earned her appreciation and award nominations.
In 2012, she appeared in the comedy feature film ‘That’s My Boy.’ Other works that she was part of include ‘Life Partners’ (2014), ‘The Judge’ (2014), ‘By the Gun’ (2014), and ‘Unity’ (2015). In 2014, she also made a stage appearance in the play ‘Of Mice and Men.’
In 2014, she also released her debut studio album ‘Heartstrings.’ All the songs, which went on to receive positive reviews, were written and sung by her.
In 2017, she started appearing on the comedy television series ‘Making History’ that premiered on the 5th of March.
In 2018, she became part of the main cast of ‘ABC’ sitcom ‘Single Parents’ where she played ‘Angie D'Amato,’ a single mother. The same year, she also did a guest appearance in ‘The Last Man on Earth’ and played a minor role in ‘The North Wind’s Gift.’
In 2019, she appeared as ‘Laura Huggins’ in an episode of science fiction comedy-drama TV series ‘The Orville.’ The same year, she played ‘Clara’ in a crime drama film titled ‘Semper Fi.’
Recommended Lists:

Actresses Who Are In Their 30s
American Women Models
American Women Singers
Women Film & Theater Personalities
Awards & Achievements
Leighton Meester received the ‘Teen Choice Award’ for ‘Choice TV Actress: Drama’ for two consecutive years (2009 and 2010) for her performance in the drama television series ‘Gossip Girl.’
In 2010, she won the ‘Spotlight Award’ at the ‘Hollywood Film Awards’ for her performance in the film ‘Country Strong.’
Recommended Lists:

American Film & Theater Personalities
American Female Film & Theater Personalities
Aries Women
Personal Life & Legacy
Between 2008 and 2010, Leighton Meester was in a romantic relationship with actor Sebastian Stan.
In 2013, she got engaged to actor Adam Brody. They got married in 2014 and were blessed with a daughter named Arlo Day Brody on 4 August 2015.
She has had a strained relationship with her mother. Meester and her mother have filed lawsuits against each other regarding financial support for her younger brother’s health treatment, contract breach, and physical abuse among other reasons. With the court dismissing the claims made by her mother, Meester received a judgment in her favor in 2012.
Continue Reading Below
Trivia
She became interested in acting after appearing in a local production of ‘The Wizard of Oz.’