(Businessman, Chairman and CEO of ‘BlackRock’)

Advanced Search
Laurence D. Fink is a renowned financial executive and the founder, chairman, and chief executive officer (CEO) of ‘BlackRock Inc'. The financial investment firm has become a global force managing the investments of both institutional and retail investors. It is also incredibly successful for its risk management services. Perhaps it’s a testament to Fink and his financial genius that ‘BlackRock’ manages more financial assets than any other company in the world. His early years as the managing director of ‘The First Boston Corporation’ were instrumental in leading to his modern-day success. In more recent years, Fink has been more vocal about issues like diversity and inclusivity in workforces. Unlike many other top firms, he also proactively advocates for environmental issues. Not only that, but he has stated multiple times that CEOs must take an active role in dealing with socio-political issues. It is no surprise then that Laurence D. Fink has been ranked among the top 30 in ‘Forbes’ list of “The World’s Most Powerful People”. Similarly, ‘Barron’s’ have included his name in its list of “World’s Best CEO’s” for thirteen consecutive years. Olivier Sarkozy
DID WE MISS SOMEONE?
CLICK HERE AND TELL US
WE'LL MAKE SURE
THEY'RE HERE A.S.A.P
Quick Facts

American People
Scorpio Entrepreneurs
American Entrepreneurs
Scorpio Men
Childhood & Early Life
Laurence “Larry” Douglas Fink was born in Van Nuys, Los Angeles, California, USA, on November 2, 1952, to Jewish parents. His mother was an English professor. His father was a shoe store owner.
After graduating high school, Larry earned his Bachelor of Arts in political science (1970-74) from the ‘University of California, Los Angeles’. He then went on to earn his MBA in real estate (1974-76) from the ‘UCLA Anderson School of Management’.
Continue Reading Below
Career
After graduating with an ‘MBA’ from ‘UCLA’ in 1976, Laurence D. Fink joined the investment bank ‘The First Boston Corporation’. He was put in charge of the bank’s bond department, and the creation and evolution of mortgage-backed security in USA are often credited to him.
Fink later became the managing director of ‘The First Boston Corporation’ and served from 1976 until 1988. Under him, the ‘Credit Suisse First Boston’ department lost US $100 million.
The US $100 million loss served as a catalyst to motivate him to start his own investment company with better risk management. In 1988, Laurence D. Fink co-founded ‘BlackRock’ under ‘The Blackstone Group’. He also became its director and CEO.
By 1994, ‘BlackRock’ had become one of the best investment firms for governments, wealthy individuals, worldwide foundations, and both national and international companies. It had surpassed ‘The Blackstone Group’ and this led to its split from them.
Fink continued in his position as the director and CEO of ‘BlackRock’ after the firm became more independent in 1998. A natural leader, he also served as the firm’s chairman of the board and chairman of the executive and leadership committees.
Laurence D. Fink also served as the chair of corporate council and co-chair of the global client committee when ‘BlackRock’ went public in 1999. As the firm continued to grow, he became more powerful.
In 2003, he played a key role in negotiating the resignation of the ‘New York Stock Exchange’ CEO, Richard Grasso. In 2006, Laurence D. Fink headed the merger with ‘Merrill Lynch’ doubling ‘BlackRock’s’ asset management.
‘BlackRock’ also purchased the ‘Stuyvesant Town–Peter Cooper Village’, a housing complex in Manhattan in 2006. The deal was worth more than US $5.4 billion. However, the ‘Stuyvesant Town–Peter Cooper Village’ project failed, leading ‘BlackRock’ clients to lose about US $500 million.
‘BlackRock’ was also put in charge by the U.S. Government of clearing up the losses of the 2007-08 financial meltdown. Fink’s close relationships with government officials made the decision a controversial one. ‘BlackRock’ remains the leading manager of the U.S. Government's bailout of Wall Street.
After the purchase of ‘Barclays Global Investors’, ‘Black Rock’ under Fink’s leadership became the biggest financial investment and management firm in the world.
By 2016, ‘BlackRock’ was employing more than 12,000 employees and managing at least US $5 trillion in assets. By June 30, 2019, ‘BlackRock’s’ asset management had crossed US $6.84 trillion, employing more than 13,000 employees. The company has offices in more than 30 countries across the world.
Philanthropic & Community Outreach
Laurence D. Fink is a member of the board of trustees of ‘New York University’. He is the chairman of several committees, especially the financial affairs committee of ‘NYU’.
Larry also serves as a co-chair of the ‘NYU Langone Health’ board of trustees. He is involved with ‘Boys and Girls Club’, New York, offering after-school programs for young people.
Of his many charitable endeavors, he is actively involved with the ‘Robin Hood Foundation’. He also serves as the chairman of ‘Lori and Laurence Fink Center for Finance & Investments’ at ‘UCLA Anderson School of Management’.
He is a member of the advisory board of the ‘Tsinghua University’s School of Economics and Management’, Beijing, China. Fink is also an advisory board member of the ‘Museum of Modern Art and the Nature Conservancy’.
Family & Personal Life
Laurence D. Fink has been married to Lori since 1970. They have three children together. Joshua Fink is their eldest son.

See the events in life of Laurence D. Fink in Chronological Order 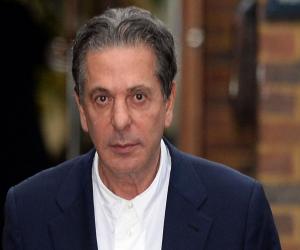 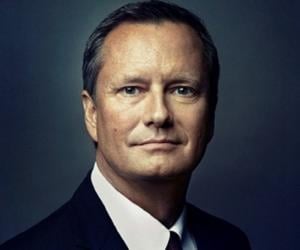 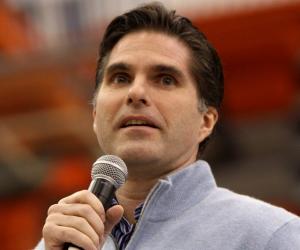 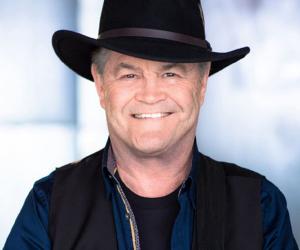