Lacey Chabert is an American actress, singer, and voice actress. She established her career in the entertainment industry as a child artist. Coming into prominence with her role as ‘Claudia Salinger’ in the show ‘Party of Five,’ she went on to become one of America’s most talented child actresses in 1994. Gradually, she gained access into the film industry and also accepted offers to play voice roles. She later starred in movies, in both lead and guest roles. Her versatility helped her land different roles under famous banners, such as ‘DC Comics,’ ‘Nickelodeon,’ and ‘Hallmark.’ Lacey Chabert grew up singing in front of the mirror. She participated in numerous stage plays and singing shows alongside her sisters and always dreamed of becoming either a singer or an actress. She went on to star in Hollywood films, such as ‘Lost in Space,’ ‘Mean Girls,’ ‘Ghosts of Girlfriends Past,’ and ‘Christian Mingle.’ Hailing from a small town, she managed to secure main roles in hit television films like ‘Imaginary Friend,’ ‘A Christmas Melody,’ and ‘The Brooke Ellison Story.’ Lacey has also voiced several memorable animated characters like ‘Eliza Thornberry’ in ‘The Wild Thornberrys’ and ‘Young Vitani’ in ‘The Lion King II: Simba’s Pride.’ 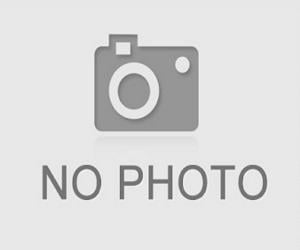 Lacey Nicole Chabert was born on 30th September 1982, in the small town of Purvis in Mississippi, USA, to Julie and Tony Chabert. Her father is mainly of Cajun and English decent, while her mother is of Scottish and Italian decent.

She grew up with her two older sisters—Wendy and Chrissy—and her younger brother. Her father worked as a maintenance representative at an oil company. She went to regular school and spent most of her childhood with her siblings in the woods.

Throughout her school days, she used to participate in several plays at the inter-school and local level. Her grandmother would take the Chabert sisters to music classes, and Lacey was even part of the church choir.

This wasn’t her only achievement. In 1992, while holidaying in New York, she was spotted by a Broadway company that offered her the part of ‘Cosette’ in the play ‘Les Miserables.’ She enacted the role at several theatres for a year.

Her portrayal of ‘Cosette’ opened up several doors for her as an actress. In 1993, when she was only 11, she got an opportunity to lend her voice for projects, such as ‘Best Learning Songs Video Ever!’ and ‘Best Busy People Video Ever!’

The same year, she also played the part of ‘Baby June Hovick’ in the musical drama ‘Gypsy.’ In 1994, she lent her voice to ‘Best Silly Stories and Songs Video Ever!’ and ‘Best Sing-Along Mother Goose Video Ever!’

She became a star after landing the main role of ‘Claudia Salinger’ in the teen drama ‘Party of Five,’ in which she played a talented orphan violinist struggling to find her means to stardom. The show ran for six seasons and aired 142 episodes.

Following her acclaimed performance, she guest-starred in numerous TV shows, such as ‘ABC Afterschool Special’ and ‘Gargoyles: The Goliath Chronicles.’ She played ‘Kim / Bobbi Porter’ in the latter.

In 1997, she played ‘Jenny Newhall’ in the TV film ‘When Secrets Kill.’ She voiced ‘Jill’ in ‘Babes in Toyland,’ and was a guest voice actor in the show ‘Hey Arnold’ on Nickelodeon.

She was offered the role of ‘Penny Robinson’ in the 1998 sci-fi adventure film ‘Lost in Space.’ One of her most prestigious works as a child artist was her voice role of ‘Young Vitani’ in the legendary Disney movie ‘The Lion King II: Simba’s Pride.’

From 1998 to 2004, Lacey became known as a famous voice actor, voicing characters like ‘Eliza Thornberry’ in the Nickelodeon animated series ‘The Wild Thornberrys,’ which aired 91 episodes. She also appeared in the comedy teen drama film ‘Not Another Teen Movie’ where she played ‘Amanda Becker.’

Meanwhile, she guest-starred in ‘Stories From My Childhood’ where she played ‘Jenny.’ She also voiced characters like ‘Callista’ in ‘Hercules,’ ‘Tanya’ in ‘An American Tail,’ and ‘Cindy’ in ‘We Wish You a Merry Christmas.’ She also landed a recurring voice role in the adult sitcom ‘Family Guy.’

In 2002, she was featured in guest roles in hit series like ‘The Proud Family,’ ‘Strong Medicine,’ and ‘The Drew Carey Show.’ The following year, she reprised her voice role as ‘Eliza Thornberry’ in ‘Rugrats Go Wild.’

�In 2004, she was cast to play the title role in the TV film ‘The Brooke Ellison Story.’ After auditioning for ‘Mean Girls,’ she landed the role of ‘Gretchen Wieners’ in the movie.

She appeared as ‘Olivia’ in the 2006 ABC Family TV film ‘Hello Sister, Goodbye Life.’ The same year, she also starred in ‘Black Christmas,’ ‘The Pleasure Drivers,’ and ‘Fatwa.’

In 2008, she was cast to voice ‘Gwen Stacy’ in ‘The Spectacular Spider-Man.’ After landing the voice role, she worked closely with ‘Marvel.’ In 2009, she played ‘Jane’ in the television movie ‘The Lost.’

She then became a sought after voice actor and took up leading voice roles in animated and cartoon shows, such as ‘Young Justice,’ ‘Transformers: Rescue Bots,’ ‘Allen Gregory,’ ‘The Avengers: Earth’s Mightiest Heroes,’ and ‘Robot Chicken.’

In 2012, she appeared as ‘Emma’ alongside Ethan Embry in a TV film named ‘Imaginary Friend.’ In the film, she plays an artist haunted by an imaginary friend from her childhood. Disturbed by her behavior, her husband decides to have her sent to a mental institution.

In 2013, she starred as the protagonist in the romantic comedy film ‘Slightly Single in L.A.’ where she played ‘Dale Squire.’ The same year, she was cast to play the main role of ‘Maggie’ in the movie ‘Anything is Possible.’ She then played ‘Kristen’ in the horror film ‘Scarecrow.’

In 2014, she played 'Abby' in a film titled 'Telling of the Shoes.' She was also cast to play 'Dani' in 'Ghost of Goodnight Lane.' The same year, she also played 'Gwyneth Hayden' in the faith-based romantic comedy film 'Christian Mingle.' In 2014, she also appeared in a couple of TV films, namely 'The Tree That Saved Christmas' and 'Living the Dream.'

In 2015, she played the role of ‘Kristin’ in the television drama film ‘A Christmas Melody.’ The same year, she also played ‘Jenny Fintley’ in ‘All of My Heart.’ In 2016, she starred in ‘The Lost Tree’ and ‘A Wish for Christmas.’

Since 2016, she has voiced several characters, such as ‘Zeta the Sorceress’ in ‘Shimmer and Shine,’ ‘Coorah’ in ‘Kulipari: An Army of Frogs,’ ‘Vitani’ in ‘The Lion Guard,’ and ‘Zatanna Zatara’ in ‘Justice League Action.’

She has starred in several ‘Hallmark’ films, such as ‘The Sweetest Christmas,’ ‘Love on Safari,’ ‘The Crossword Mysteries: Proposing Murder,’ and ‘Christmas in Rome.’

In 2020, she played ‘Chelsea Whitmore’ in the made-for-television romance film 'Winter in Vail,' which premiered on January 4, 2020. The same year, she reprised her role as 'Tess Harper' in 'The Crossword Mysteries: Abracadaver.'

Her first prominent role was in the TV series ‘Party of Five’ in which she worked under the ‘Fox’ banner. The show was a huge success, attracting millions of viewers and was even ranked as one of the best TV dramas. Her performance in the show was highly appreciated. Shortly after the show ended, all six seasons of the show was released on DVD.

With her 1998 voice performance in ‘The Wild Thornberrys,’ she became a celebrated voice artist. The ‘Nickelodeon’ show received a five-star rating, with the media considering it the best show for kids. It became the most watched newest cartoon in 1998.

The 2004 film ‘Mean Girls’ was one of her most important projects as it increased her popularity. Her performance was acclaimed by critics, and the movie grossed over 129 million dollars. The film received 84% positive reviews from ‘Rotten Tomatoes.’

Corbin Bernsen’s rom-com ‘Christian Mingle,’ in which Lacey played the protagonist, received mixed reviews. However, her performance in the movie was acclaimed. The film was released on VOD in 2014.

In 1997 and 1998, she was presented with the ‘Annual Young Star Award’ under the ‘Best Performance by a Young Actress in TV Series’ category for her performance in ‘Party for Five.’

In 1999, she won the ‘Young Artist Award’ for ‘Best Performance in a TV Drama Series – Leading Young Actress’ for ‘Party for Five.’

In 2005, she won the ‘MTV Movie Award’ for ‘Best On-screen Team’ along with Lindsay Lohan, Amanda Seyfried, and Rachel McAdams for the movie ‘Mean Girls.’

Owing to her continuous success in the film and television industry, she became the cover girl for the international ‘Maxim’ magazine in January 2007.

In 2013 and 2015, she was nominated for the ‘Best Vocal Ensemble in a Television Series’ at the ‘BTVA Television Voice Acting Awards’ for the show ‘Transformers: Rescue Bots.’

After being flooded with offers from television and film industry, she moved to South California along with her family in 1994.

She and David Nehdar dated for many years before the couple decided to tie the knot on 22nd December 2013 in Los Angeles.

After three years, the couple was blessed with a daughter on 1st September 2016. Their baby girl was named Julia Mimi Bella.

Lacey is a keen photographer. She judged and promoted the national school photography contest in the year 1999-2000 at the Eastman Kodak Company’s ‘The Yearbook Click’ event.

See the events in life of Lacey Chabert in Chronological Order