(Known for His Role in The HBO Comedy Series 'Silicon Valley')

Advanced Search
Kumail Nanjiani is a Pakistani-American stand-up comedian, actor, writer, and podcast host who is best known for his HBO comedy television series ‘Silicon Valley’ and the semi-autobiographical romantic comedy film ‘The Big Sick’. He also lent his voice to the Emmy Award-winning animated series ‘Adventure Time’ and co-hosted the Comedy Central show ‘The Meltdown with Jonah and Kumail’. He gained much popularity thanks to his weekly podcast 'The X-Files Files'. His initial comedy was observational, rather than personal; however, he soon realized that he was avoiding a large part of who he was. With this realization, he decided to write a very personal story, which eventually resulted in his one-man show, ‘Unpronounceable’, that catapulted him to success. His later comic performances touched on his upbringing in Pakistan and the eventual culture shock he had to go through after relocating to the US. Realizing how Muslims are often perceived as fanatics, he makes conscious efforts to talk freely about his secular views on religion, and also does not shy away from talking about sexuality, which is usually considered a taboo in most Islamic countries. American People
Comedians
Screenwriters
American Men
Grinnell College
Childhood & Early Life
Kumail Nanjiani was born on February 21, 1978, in Karachi, Sindh, Pakistan into a very religious Shiite Muslim family. His younger brother, Zain, is a banker who currently lives in the US like his parents.
Kumail spent his childhood in Karachi where he attended Karachi Grammar School. After completing school, an 18-year-old Kumail shifted to the US to pursue higher studies at Grinnell College in Iowa, from where he graduated in 2001 with double majors in Computer Science and Philosophy.
He was the second person in his family to go abroad after one of his uncles, who had moved to Scotland and settled there. He is the second cousin to Scottish radio presenter Shereen Nanjiani. 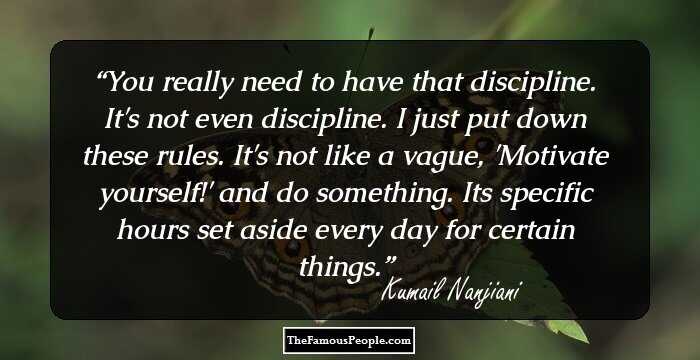 Continue Reading Below
Career
Kumail Nanjiani was not interested in a regular office job and hence decided to try his luck as a comedian after completing his education. He first experienced huge success and widespread media attention after putting up the one-man show, ‘Unpronounceable’, at Lakeshore Theater in Chicago in mid-2007.
His first television appearance was in an episode of 'Saturday Night Live' in 2008, in which he had an uncredited role as an Indian reporter. The next year he appeared on two episodes of 'The Colbert Report' and had a major role as Pakistani staffer Kumail in the television comedy series 'Michael & Michael Have Issues'.
He had a short role in the 2010 romantic comedy film 'Life as We Know It'. In 2011, he appeared in a 'College Humor Originals' sketch and acted in six episodes of the TV show 'Googy'. In July that year, he started hosting the video game and nerd culture podcast, 'The Indoor Kids', with Ali Baker from G4TV's 'X-Play', who was replaced by his wife Emily a month later.
He portrayed the supporting role of Pindar Singh in the TNT series ‘Franklin & Bash’ during 2011-14 and was featured in about a dozen episodes of ‘Portlandia’ during 2011-17. He next did a voice role in ‘Adventure Time’, had a recurring role on ‘Newsreaders’, was the token ethnic contestant in the second season of ‘Burning Love’ and made a guest appearance on HBO’s ‘Veep’.
Between 2012 and 2014, he had small roles in films such as ‘The Five-Year Engagement’, ‘The Kings of Summer’, ‘Hell Baby’, and ‘Sex Tape'. Since 2013, he has been appearing as a recurring guest and comptroller on Dan Harmon's podcast 'Harmontown', often playing 'Dungeons & Dragons' with the host.
The show, ‘The Meltdown with Jonah and Kumail’, which was co-created by his wife Emily V. Gordon and hosted by Jonah Ray and Kumail Nanjiani, was picked up by Comedy Central in late June 2013. The channel aired a special episode on him titled ‘Beta Male’ in July 2013 and premiered ‘The Meltdown’ a year later in July 2014.
Since April 2014, he had been portraying the role of computer programmer Dinesh Chugtai in the HBO sitcom ‘Silicon Valley’. Both this show and ‘The Meltdown’ became immensely popular and made him a household name in the US.
In July 2014, he began hosting the weekly podcast ‘The X-Files Files’ which often featured former ‘The X-Files’ writers, producers, actors and directors. In the following years, he continued to appear on numerous television shows, including ‘The Pete Holmes Show’ hosted by his former classmate, ‘Key and Peele’, ‘Inside Amy Schumer’ and ‘The X-Files’.
Apart from animation movies, he also lent his voice to many video games including ‘The Walking Dead: Season Two’, ‘Mass Effect: Andromeda’ and ‘Middle-earth: Shadow of War’. As part of the marketing campaign for ‘Halo 5: Guardians’, he voiced the character Mshak Moradi in the ‘Hunt the Truth’ audio drama in 2015.
Continue Reading Below
On January 20, 2017, he starred opposite Zoe Kazan in the semi-autobiographical romantic-comedy ‘The Big Sick’, which he co-wrote with his wife Emily over a period of three years, incorporating many of their personal experiences. Most recently, he returned to ‘SNL’ to host the episode on October 14, 2017, in which his monologue about Islamophobia garnered phenomenal response. 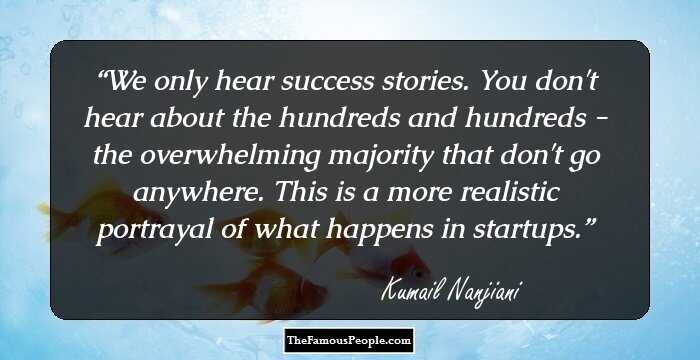 Major Works
The film ‘The Big Sick’, which Kumail Nanjiani co-wrote and stars in, became one of the most critically acclaimed films of 2017. It has also been a commercial success and has already grossed over 10 times its budget of $5 million, becoming one of the highest-grossing independent films of the year.
Among his television shows, ‘Silicon Valley’ has been the most successful since its premier, receiving an overwhelmingly positive response. ‘The Meltdown with Jonah and Kumail’, his stand-up comedy television series with Jonah Ray, ran successfully for three seasons till they cancelled the live show which it was based on.
Awards & Achievements
Kumail Nanjiani’s HBO series ‘Silicon Valley’ has been nominated for the ‘Primetime Emmy Awards’ in the ‘Outstanding Comedy Series’ category since 2014, while the animated series ‘Adventure Time’ won it seven times in different categories.
In 2017, he won the ‘CinemaCon Award’, the ‘Auteur Award’ at the ‘San Diego International Film Festival’, and shared a nomination at the ‘International Online Cinema Awards’ with his wife for their movie. 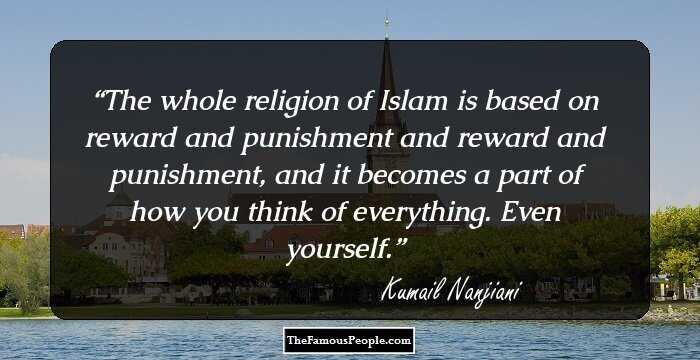 Personal Life & Legacy
Kumail Nanjiani started dating family therapist Emily Vance Gordon in 2006, but had to keep the affair a secret from his parents who were already looking for Pakistani Muslim women for him. After Emily became sick with a mysterious inflammatory disease and went into a medically induced coma eight months later, he finally told his parents, who were supportive mostly because she was ill.
Four months later, once Emily recovered, his family insisted that the two get married soon, following which they got married in a secret courthouse wedding in Chicago on July 14, 2007. Kumail's family arranged a traditional Muslim-Pakistani wedding two weeks later, but their friends and acquaintances learned about it years later after they held a reception at a bar in New York to announce the news.
Trivia
Kumail Nanjiani plays the talented Java programmer Dinesh Chugtai in his HBO comedy television series ‘Silicon Valley’. Interestingly, he studied computer science in college and would probably have settled for a similar profession if he had not switched to comedy at the right time.

Quotes By Kumail Nanjiani | Quote Of The Day | Top 100 Quotes

See the events in life of Kumail Nanjiani in Chronological Order 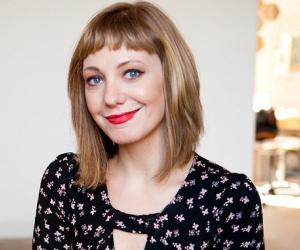